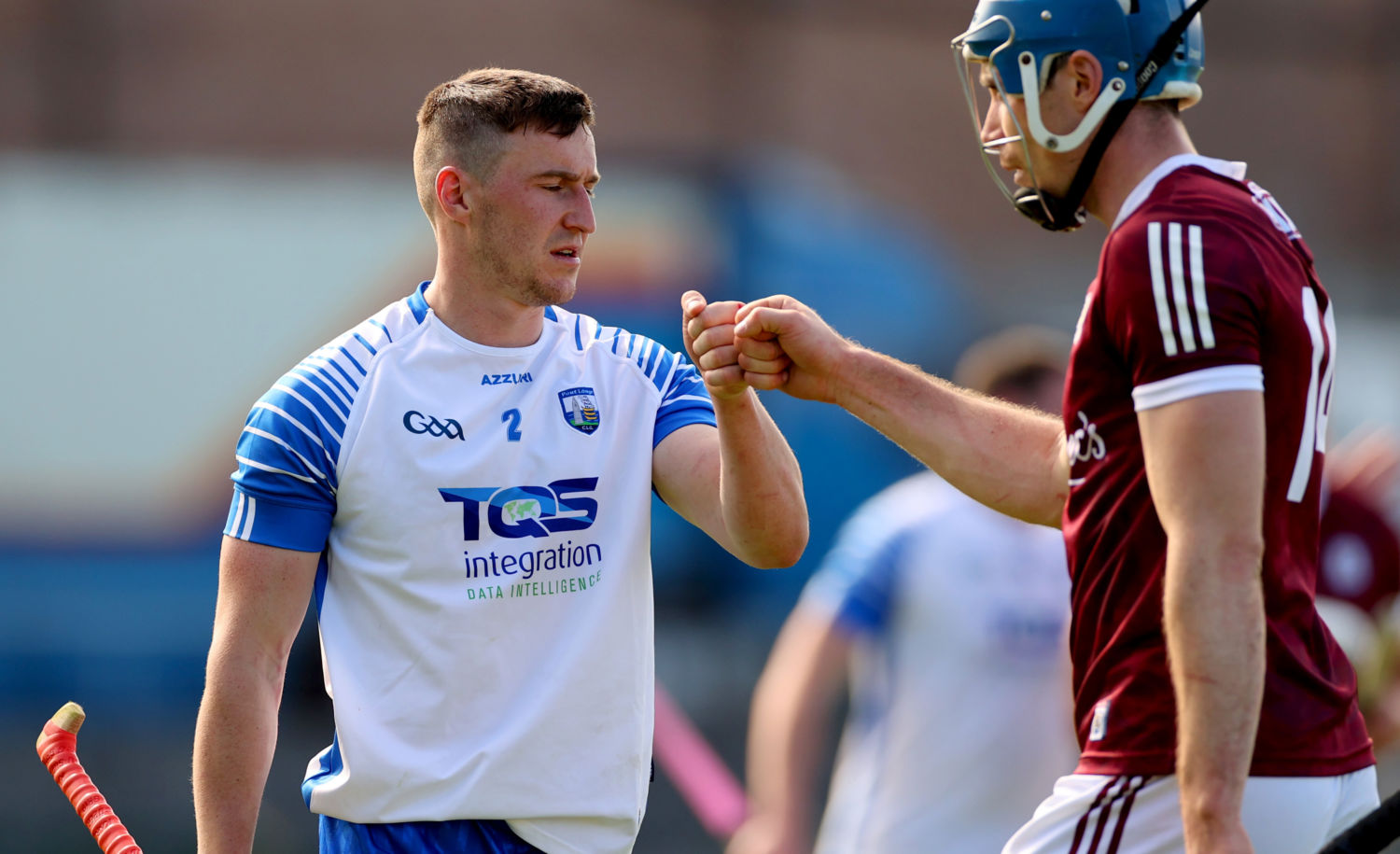 Waterford’s Conor Gleeson and Conor Cooney of Galway after their recent NHL game. They will meet again in Thurles on Saturday. Photo: Inpho.

Croke Park have announced the times and venues for the weekend’s All-Ireland Senior Hurling Championship Round Two Qualifier games.

Both games will take place on Saturday.

At 2pm, Waterford will take on Galway, for the first time in the championship since the 2017 All-Ireland Final, in Semple Stadium, Thurles, while at 4.30pm, Cork will take on Clare at the LIT Gaelic Grounds in Limerick.

Both games will be broadcast live on Sky Sports and Extra-time will be played if necessary.

Referees won’t be announced until tomorrow.