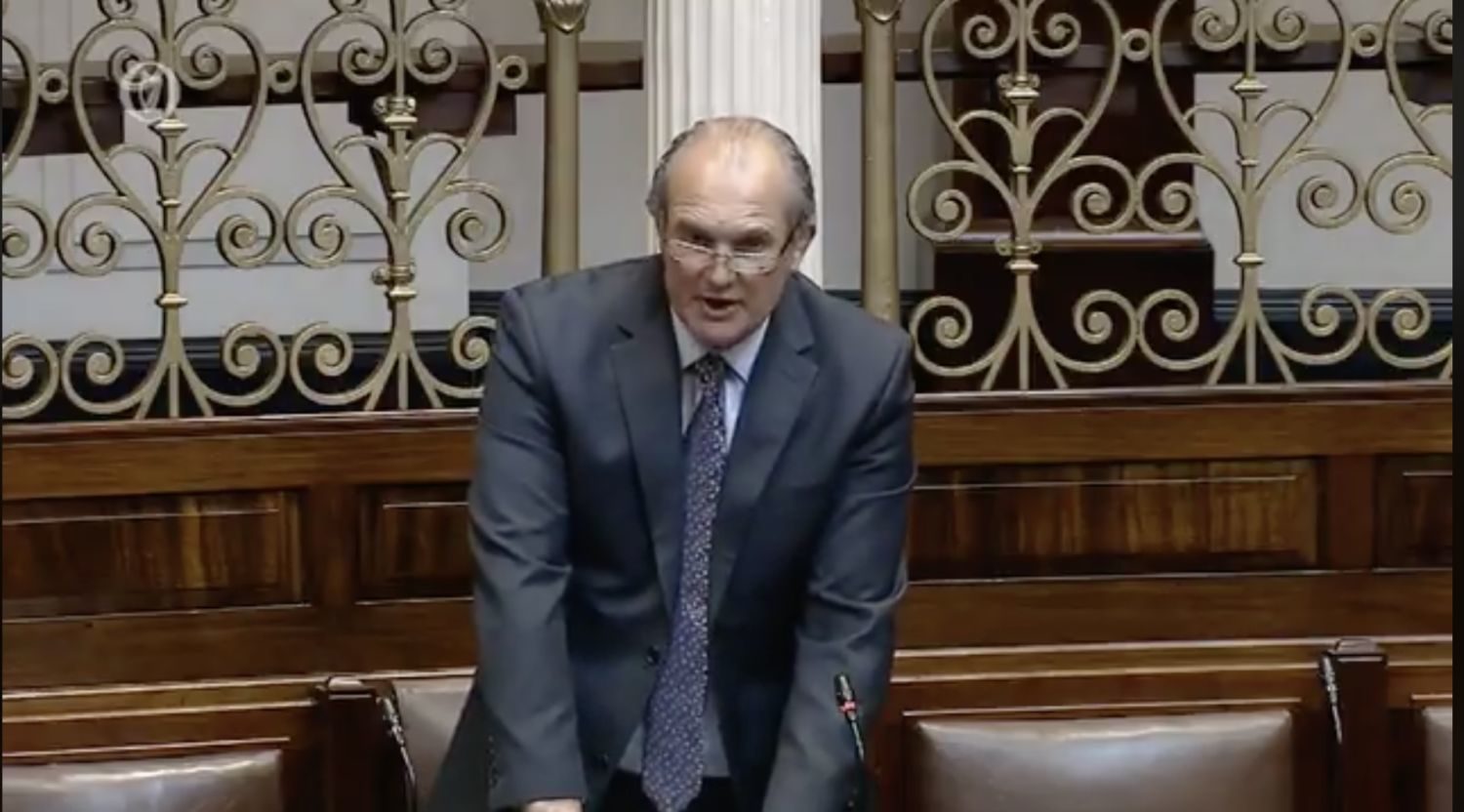 Independent Waterford TD Matt Shanahan has been questioning the Taoiseach about the monies to be spent on various projects around the country.

YOU may have seen a little of Matt Shanahan TD questioning the Taoiseach Micheál Martin in the Dáil last week about the monies to be spent on various projects around the country. Apparently the government will spend something of the order of €10 billion in capital expenditure this year and the amount coming to Waterford and the South East, outside of URDF spending, is tiny. What projects are the government committed to here and across the region? The list is quite sparse.

The only one that springs to mind for Waterford is the long awaited new Engineering building at WIT. This is going on so long now that it has grown a beard. Not a word from Fine Gael sources. Simon Harris, the Minister for Further Education, has disappeared having induced (seduced?) our local stakeholders to sign up for his TUSE. Promised the world and disappeared over the horizon. We are not surprised here in that regard, he has form about delaying Waterford since his time as health minister.

I don’t know what other state funded capital projects are pencilled in for Waterford other than the WIT building. There was talk of a new ophthalmology theatre for UHW which is a simple matter of fitting out a pre-existing space to the best of my knowledge, but there is no trace of a tender for it to be seen on the government e-tenders website. Minister Mary Butler was to the fore in announcing this. She is in the Department of Health after all and should be easily able to push such a relatively small project over the line.

‘Someone once said that delays to projects in Waterford are met with a shrug, a sort of fatalism’

She was also to the fore in announcing a new 50-bed mental health unit for UHW and there were other developments for the hospital also in the pipeline. We live in hope I suppose. The HSE Capital Plan, which contains everything that organisation is building, hopes to build or is planning to build, was agreed at a HSE board meeting last February and submitted to the Department of Health for ministerial sign off. It has yet to be publicly produced or seen. Not a penny in HSE or other state capital expenditure is sanctioned without being signed off by government. The allocation to underpin capital spending is agreed in the interdepartmental budget negotiations currently under way.

The Covid pandemic has mixed things up a lot and the government has spent huge amounts in employee and employer supports and in HSE supports, but the capital expenditure plan will still contain goodies for those lucky enough to have power and influence.

Micheál Martin told Matt Shanahan that Mary Butler was very assertive in pursuing her constituency interests in the Department of Health, which is good to hear. Both she and Green Party whip Marc O Cathasaigh have been very much under the radar since their election. The proof of their efforts or otherwise will be seen by September at the latest when the government’s capital plan, as distinct from the HSE one, will be published. There are rumblings as usual, from the Dept. of Finance and the Dept. of Public Expenditure, that spending will have to be reined in given the huge amount of Covid borrowings so the efforts of our government TDs and senator are vital and will be under the local microscope in the coming months.

Anyone who has watched the machinations around the cost of the National Children’s Hospital and the proposed new National Maternity Hospital must be agog at the sums involved. Some €500 million in claims for extras is being sought by the contractor at the NCH and the cost of the Maternity Hospital at Elm Park in Dublin with St Vincent’s Hospital has already risen to €800 million on a site the state does not even own.

When first mentioned this hospital was expected to cost €300m but obviously that was the back of an envelope guess. Minister for Health Stephen Donnelly was quoted in the Irish Times last week as saying that Mná na hÉireann were entitled to a world class new maternity hospital. Indeed they are, but it’s amazing how much these “world class” facilities cost when they are located in Dublin with all the architectural bells and whistles that projects in the capital demand.

It would be nice if the minister’s ambition was for a world class national maternity service for all the women of the state. That would require equity of funding for hospitals and service development around the country but we know to our cost in Waterford just how difficult that is to achieve in acute services.

Dublin-based state projects begin with an estimated cost of €100m for a new facility. That’s quickly followed by an increase to €300m for a fit for purpose facility to serve the various academic interests involved. After requests for tender the estimated cost before fit out will increase to €500m, construction inflation will bring that to €700m. Claims for extras by the main contractor will push the bill over €1 billion.

The desire to have a “state of the art” facility adds another €200m bringing the cost to €1.2 billion. The icing on the cake is the minister’s desire for something “world class” which throws caution and building cost to the wind. Whatever you’re having yourself, like, the cost is a known unknown. If we ran our domestic spending on that basis we would all be in debtor’s prison.

As this was been written on a fine Thursday afternoon, a helicopter was busy circling overhead. I wondered, like the Cargo Cult people of the Pacific, if this meant that someone with investment intentions was eyeing up the local landscape? A cargo cult as Wikipedia says is a belief system in which adherents perform rituals which they believe will cause a more technologically advanced society to deliver goods. Maybe we should be sacrificing bulls or piglets on Ballybricken to entice the investors to land?

It is quite difficult to understand where we are at with the North Quays project. It is our city council’s great hope for the future. A commercial advisor to the project will be appointed in September with the hope that some sort of development will commence in Q1 of 2022. It is hardly necessary to say that people are very sanguine about this timeline given the delays and difficulties encountered thus far.

Someone once said that delays to projects in Waterford are met with a shrug. A sort of fatalism, built on the understanding that we lack the political strength to push projects through and that our own development class and property owners are replete with explanations about why money can’t, won’t or should not be spent in Waterford. The comparison with nearby Wexford or Clonmel where local business always seem ready to invest in their towns is often quite marked. At present we have the HSE building a new cath lab at UHW, Supermac’s building a new drive through on the Cork Road, Wetherspoon building a new gastro pub in Broad Street and Arundel Square and Ardkeen Stores, dependable as always, building a new bakery at their shopping centre.

House building is well underway at many locations around the city but, as usual, new investment by local business in the city centre is very scant. While there is a reasonable expectation that government should commit a fair share of national capital spending to Waterford, it is not unreasonable to expect that local developers, such as they are, would lead the way with commercial investment in our city centre.