“We’re thrilled to still be in the championship” 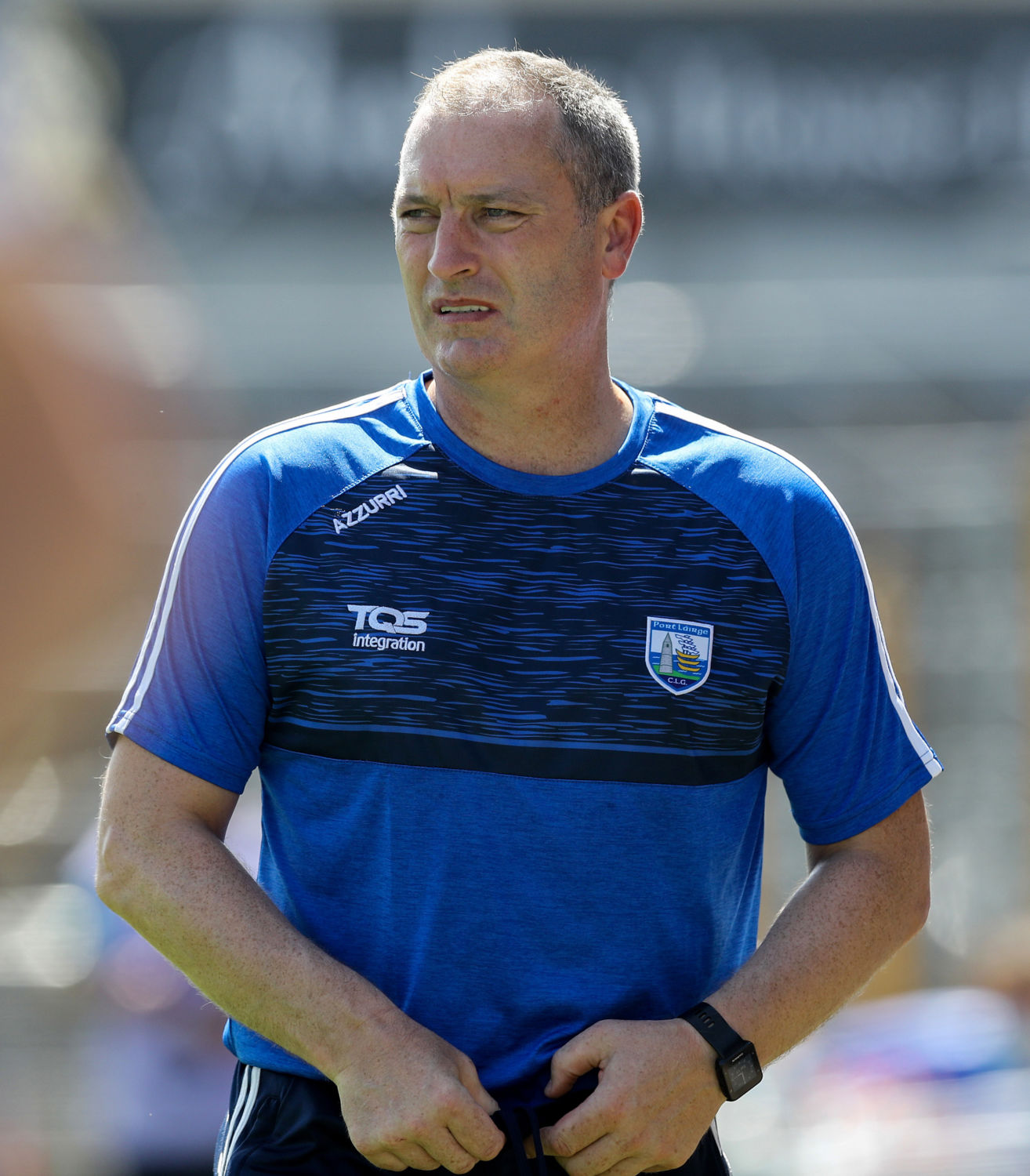 Waterford manager, Liam Cahill, was under no illusions as to the massive challenge that Laois would present and so it proved. Photo: Inpho.

A hot and sweaty Liam Cahill admitted that Waterford could have exited the race for Liam MacCarthy on Saturday afternoon.
“We’re thrilled to still be in the championship. That was the whole objective coming down to Nowlan Park today, to put our name in the hat for Monday morning’s draw. That was unfortunately the nature of the route we have put on ourselves to go through the qualifiers which you can see today is quite a tough route. We gave Laois the utmost respect coming down here. I can’t emphasise that enough. If we didn’t, we would have been caught today. We were under no illusions with Laois, they pushed Clare to a point in this same fixture last year and news has come through that Clare have beaten Wexford to qualify into the next round of the qualifiers which just tells you the quality we were meeting today. I was very conscious in the background, watching Cheddar Plunkett over the last couple of weeks, especially through the league, that he had a lot of his key men absent. He was getting them all back, gearing them up for championship. He did that last weekend against Antrim. They retained their top tier hurling status and came here all guns blazing. Realistically, they were good enough for the win today had lady luck been with them a little bit more.”

‘A LOT OF LEARNINGS’
He was concerned about the number of mistakes they made in the second period. The Déise racked up 18 wides as they went from eight points up at half time to one point down entering the last quarter. “I think the players were very much aware at half-time that it was only a job half done. They spoke about it a lot. I have to say these players put in massive work. They really do try their level best for themselves, for their county, for their families and for me when they take the field. They hurl for me every day in fairness and they hurled right to the end there today as well. I think a number of players in key positions lost the individual battles at key stages and we tended to switch off. Again, I mention it a lot, our own errors invite teams on us and we created a lot of that again today by the fundamentals of hurling. I suppose it’s a harsh thing to say that inter county players lack that, they don’t, they have it, but they just seem to make real basic mistakes at the wrong times and teams turn us over and capitalise on it. We went there at one stage through the second half where we drove seven or eight wides one after another. That’s unforgivable stuff with the quality you’re meeting here and the level of hurling you’re at. I’m not blaming the players. They had the bravery to take them on but they need to be more clinical. We have a lot of learnings today. Fair play to Laois and all credit to them. They were a credit to themselves the way they applied themselves today. They can go home very disappointed that they didn’t get something out of the game.”

‘GREAT TO HAVE THE BACK DOOR’
They cannot afford to switch off next weekend like they did on Saturday. “There were a combination of things. Missed scoring opportunities but it wasn’t all down to that. We still had two or three players going up for the one ball in defence. Our backs clearing their lines and somebody not resetting and leaving Laois bodies everywhere. This game is so dangerous that the minute the ball leaves your hurley, it can be back down beside you within seconds. You cannot switch off. We have spoken about it so it’s frustrating and it’s hard to look at and it hurts you at this level. We have to go back again and keep at it. Repetition will eventually correct it in time but it is hard going.”
It was 27 degrees in Nowlan Park and Cahill agreed that conditions were a factor. “I’m very conscious of that as well. We’re looking for movement, energy, tracking and running. I’m sweating there on the sideline just standing there so I can only imagine what it’s like for these players with the mileage they’re covering over the 70 minutes. It’s a big ask. The only route in championship is the direct route so whoever comes through the provincial finals are in a great position. Fair play to them, they have put themselves in that position.”
Waterford will have to win five games in six weeks to lift the MacCarthy Cup. Croke Park is still in his sights. “It’s great to have the back door. We’re pure thrilled to still have matches and still have an opportunity to get to the latter stages of the championship. It does really test you as a player and as a management team to do what’s necessary to get to the business end of it. We have next Saturday and hopefully, two more Saturdays or Sundays to get to the last four at least. That’s the goal to get back to Croke Park into the real business side of it. It’s immensely enjoyable. I’m getting a great response from the players, especially after the Clare game. I was hard on them and in general, I’m that way inclined. The players know that but they show me fierce respect. Behind the scenes, we have a really good relationship, a good honest relationship and their honesty came out in the end today. I’m very proud of the way they dug out the result on a difficult day.”