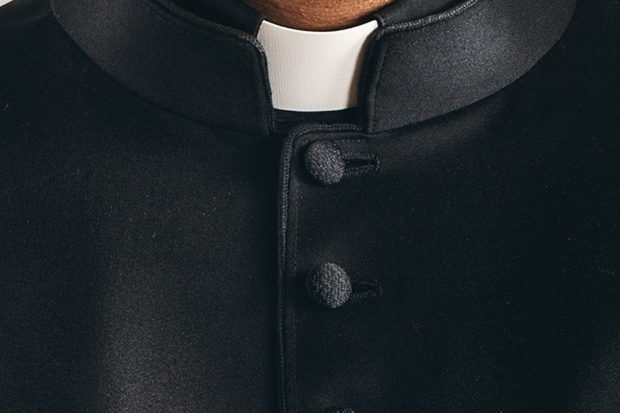 The View from the Blue from the Waterford News & Star, July 20 edition

IT started with a walk in the park on a blistering summer’s day – not an adjective usually used to describe the weather in Waterford. My hay fever had gotten to that point where there was translucent snot slowly sliding down my nostrils but creating an intense itch in the process. Anyone else with hay fever or indeed anyone who’s ever had a cold will probably relate. I needed to sit down and blow seven shades of snot out of my nose.

When the coast was clear, a man sitting on a bench opposite me said “hay fever” and I said, defeated, “yep”. I was waiting for him to prescribe local honey when I noticed the collar on his neck. It was a priest, but I didn’t recognise him. Now, I don’t go to Mass on a Sunday so it’s no great surprise that I didn’t recognise him but I’ve been to enough weddings and funerals to know at least a few. We started chatting about the weather and then I said it must be torture having to wear black all day, to which he replied “well that’s the point”.

He had me. You see, I may not believe in the God that humans have written about, but that has never stopped me from being fascinated about religion. I knew right then that in some form or another, I was going to be interviewing this man. As it turns out, he wasn’t a great fan of that idea but agreed to the chat, and me writing about the chat, but not using his name or anything that might identify anyone else. “No problem,” says I.

“Black is a sign of penance. And mourning,” the priest said.

“What are you mourning?” I asked.

“A good question,” he replied. “Priests wear black for many reasons, and sometimes those reasons can depend on the priest you talk to. For some, it’s like a uniform. If you have a day like today, and you see a man in black, there’s a good chance that he could be a priest. Even though people don’t have the same respect for priests that they once did – and I have no issue with that – in times of need, a priest will always be a reassuring presence. Sometimes people don’t know what they need, until they need it most.”

Honestly, I didn’t know this level of profoundness existed in the real world. I was hooked. I asked him if he would like a cup of coffee, to keep him talking for another while. He finally agreed to a cup of tea, and away we went again.

“Priests are not supposed to be fashion icons,” he said, drinking his tea with the bag still in the cup. “And walking around in this weather, head to toe in black, could be seen as penance.”

“For everything. For the sins of mankind,” he replied.

I didn’t say anything, in the hope that he would just continue.

“Grand so. And you’re a writer of some kind?

“Oh Jesus,” he replied. I have to admit I found that hilarious. After another brief negotiation, he continued.

“Not everything about being a Catholic makes sense,” he said. “Penance makes sense to me but I can’t concern myself too much with the sins of man, when I’m a man myself.”

“And have you sinned?” I asked.

“Of course I have… show me a man who says he hasn’t and I’ll show you a liar,” he replied.

I thought it might be too soon into the conversation to ask what those sins were, so I took a different route.

“So are you wearing black because you have to, because it’s, essentially, your work clothes?”

“Maybe,” he said. “But I like it. It’s who I am. If you’re talking to a police man, in his uniform, you’ll give him respect – or at least you’re supposed to. If I was wearing a pair of shorts and a colourful shirt, I don’t think you’d be talking to me now.”

“If Waterford had this weather all year round, the priest’s uniform would be white,” he said.

“That wouldn’t be much of a penance than would it?”

I asked him about funerals and weddings, and how he felt when he was doing them.

“The more you do of something, like a funeral, does make it easier, because of repetition,” he said. “Practice makes perfect. In saying that, we’re human beings and we’re not immune to the sadness of a funeral, in particular, a child’s funeral. But, the family needs the priest to be a strong, reassuring presence. If we show too much emotion the family might start to think that their child mightn’t be going to a better place after all.”

I had never seen this priest before in my life and part of me expected him to just disappear the next time I looked up. “Can I ask you some more questions?” I asked.