Sandro was a founding father of Italian cuisine in Waterford 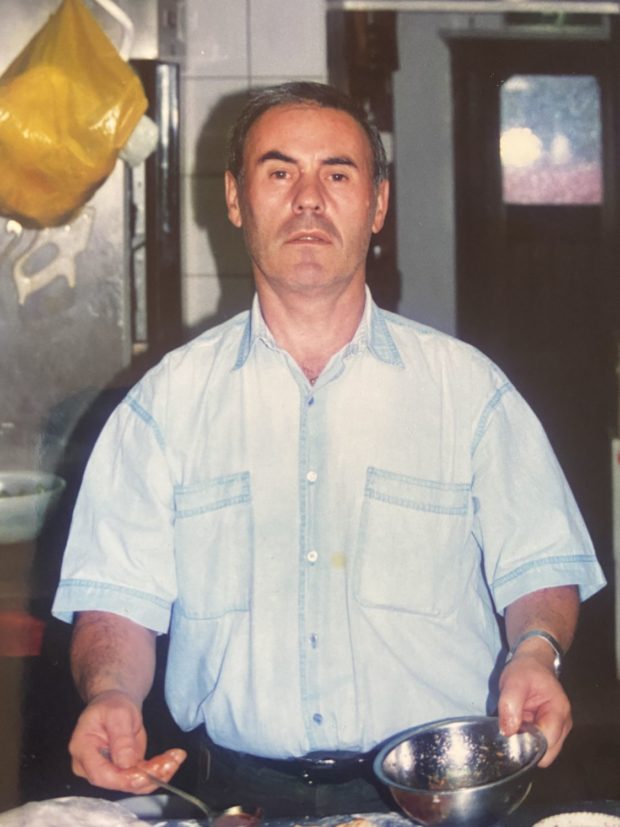 IT is with great respect and much sadness that we record the death of Alessandro Cavaliere – known to many as Sandro – who passed away on Thursday, July 8. A much loved husband, father, grandfather, brother and friend, Sandro was born on a small homestead on the outskirts of Cassino in Italy in April, 1941. Although officially born on April 2, when he was registered – two days later – the powers that be decided that they weren’t going to go back two days to change the records so they registered his birthdate as April 4. It was a long running joke that like the Queen, “one birthday wasn’t good enough for him”.

Sandro will be missed deeply by his wife Eileen and sons Dario, Claudio and Adriano; sister Maria, brother Antonio, daughters and son-in-law, grandchildren, extended family and his many friends.

To the people of Waterford, Sandro could be called the ‘Godfather’ of Italian food – but we’ll get to that in due course.

Back in Italy, during his childhood, Sandro used to help out on the lush, fertile lands around Cassino, amidst the wheat and corn fields. On Saturday mornings, he would walk kilometres into the morning market to sell his wares, boasting to his children later that he “used to get fifty lire each”. The entrepreneurial bone was tickled at an early age and stayed with him for the rest of his life.

Post World War Two, Italy was slow to return to economic stability and offered little for young Alessandro. Like so many of the time, Nonno Michelle and Nonna Margherita reluctantly said goodbye to their son who at just 19 years of age, and with only a few hundred lire in his pocket and some clothes and personal possessions wrapped in a jute covered cardboard box, headed for Ireland.

On arriving in Dublin, Sandro soon found his feet and started working – where else – in a fish & chip shop on Mountjoy Street. He had little to no English but this would soon change in a baptism of fish & chips. Whilst putting the obligatory condiments on local delicacies the boss turned to him and shouted “Sandro! It’s salt and vinegar, not sulfur-vinegar, SALT…sale…S-A-L-E”. Sale is the Italian for salt and Sandro had learned a new word. The next day, Monday – his day off, Sandro swaggered into O’Connell Street to spend his wages on some new clothes in the January sales. This was to be a short-lived expedition as he returned to the chipper sooner than expected. “Did you not buy any clothes?” boss man asked. “Ma, Sale, Sale, Sale…Sale on every window… these Irish shops are crazy, all they seem to sell is salt.”

Soon, Sandro was working as a chef in a restaurant on O’Connell Street. This is where he would meet a young waitress from Meath called Eileen, who caught his eye. They began dating and when the ingredients were just right, they married and soon moved to Wicklow to begin the next chapter of their lives, and, of course, another restaurant. Soon, the three boys would arrive, all encouraged to live similar childhoods to Sandro, exploring the lush fields of Ireland. The boys would play long into the summer evenings and upon returning home they’d be ushered to bed by their mother, only to be awoken again, just after midnight, by the inimitable aroma of vinegary chip. They would be still warm, with a little salt and a bun burger cut into three. “Boys, boys, boys,” Sandro would say. “I brought you a midnight feast”. 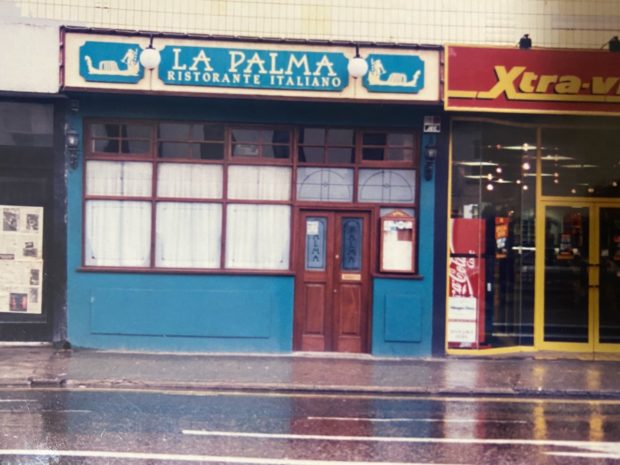 In the 80s, the family moved to Waterford and the Cavaliere’s set their sights on an area of Waterford City that was once home to a Department Store called Winston’s. With a restaurant called La Palma, on the corner of John Street and Parnell Street, Sandro would introduce Italian cuisine to the people of Waterford. What started as a Chipper (selling the usual Irish fare) with an Italian restaurant attached, soon became one of the city’s most popular eateries and as people warmed to the pasta, the chipper soon became redundant. As many commented at Sandro’s funeral, he was a “founding father of Waterford’s restaurant scene”. His passion for food was always reflected in the restaurants that carried the Cavaliere name. In the years that followed, La Palma would move on to the Mall and another restaurant, Espresso, would move a few yards around the corner to Parnell Street. The family name lives as strong as ever today in Espresso and  Azzurro in Dunmore East and both restaurants are famous for their great food and warm welcomes – Sandro’s trademark.

Sandro was patient and methodical in the preparation of his ingredients and by the way he constructed his dishes, however like most chefs of passion, he was stubborn, strong of mind and fiercely independent. Later in life, as his health weakened, he couldn’t be stopped from going for walks, to get back to the open air that he always loved.

His funeral in St. John’s Church on Monday, July 12 was a very special occasion with Father Tom Rogers and Father Michael Mullins both sharing fond memories of a man they knew well, often in Sandro’s native tongue. It was a beautiful service, deserving of a man who will always be fondly remembered by his close family, his friends and the people of Waterford who took him to their heart. Riposare in pace.