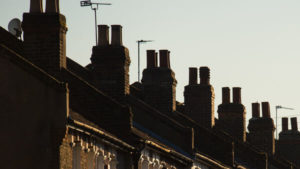 AS of Monday, July 12, one and a half per cent (1.5%) of Waterford City & County Council’s total housing stock was vacant.

“Given our overall stock, our target at any one time is to have less than two per cent of our stock vacant. As of this morning, and this is not only the district, this is the county and the city combined, one and half pet cent (of Council stock) was vacant. At any point in time this (figure) fluctuates and depends on the number of people who leave properties, the number of transfers, the number of new properties coming on stream, etc. It’s below the target at the minute which we’re obviously happy with.”

Mr Johnston also confirmed that as of Monday morning, July 12, there were 13 vacant Council properties in the Dungarvan/Lismore District.

He stated: “What I would classify as a vacant property is a re-let: a property that has been let already, has become vacant for whatever reason and is now up for refurbishment and re-letting.”

Of those 13 properties, nine are in “two particular locations in Dungarvan Town and are proving to be difficult to let areas. So nine of the 13 are in two separate locations.” Mr Johnston said the number of referenced voids were still considered “relatively low”.

So far in 2021, 13 voids have been completed by the Council in the district, with works on three properties ongoing at the time of the July meeting.

In response, Cllr McGuinness (who also called for more choice-based letting in the district) said: “I feel that’s the most information we’ve got in this Housing Report in at least a year so thank you, I’ve been asking some of those questions for months now without getting a response.”

For his part, Cllr Damien Geoghegan (FG) said: “Of all the issues that will come out of this meeting, the fact that we have housing estates in Dungarvan, that we’re finding it difficult for people to go in and take houses in there, at a time when there’s a shortage in housing, at a time when there are quite a lot of people on our housing list waiting to be housed, I think that’s shocking to be quite frank about it and I think it’s totally unacceptable.”

He continued: “I think we need to get people around a table and deal with the underlying issues that exist within those housing estates; there’s two of them that I’m aware of. It’s shocking to think – and I know if instances where this happened – where people were allocated houses by the Council, were given keys, went into that estate and within a very short space of time came back to the Housing Department here in the Council and handed back the keys. That’s a shocking indictment of what’s actually happening within those housing estates and it certainly needs to be dealt with. It’s an unacceptable situation.”