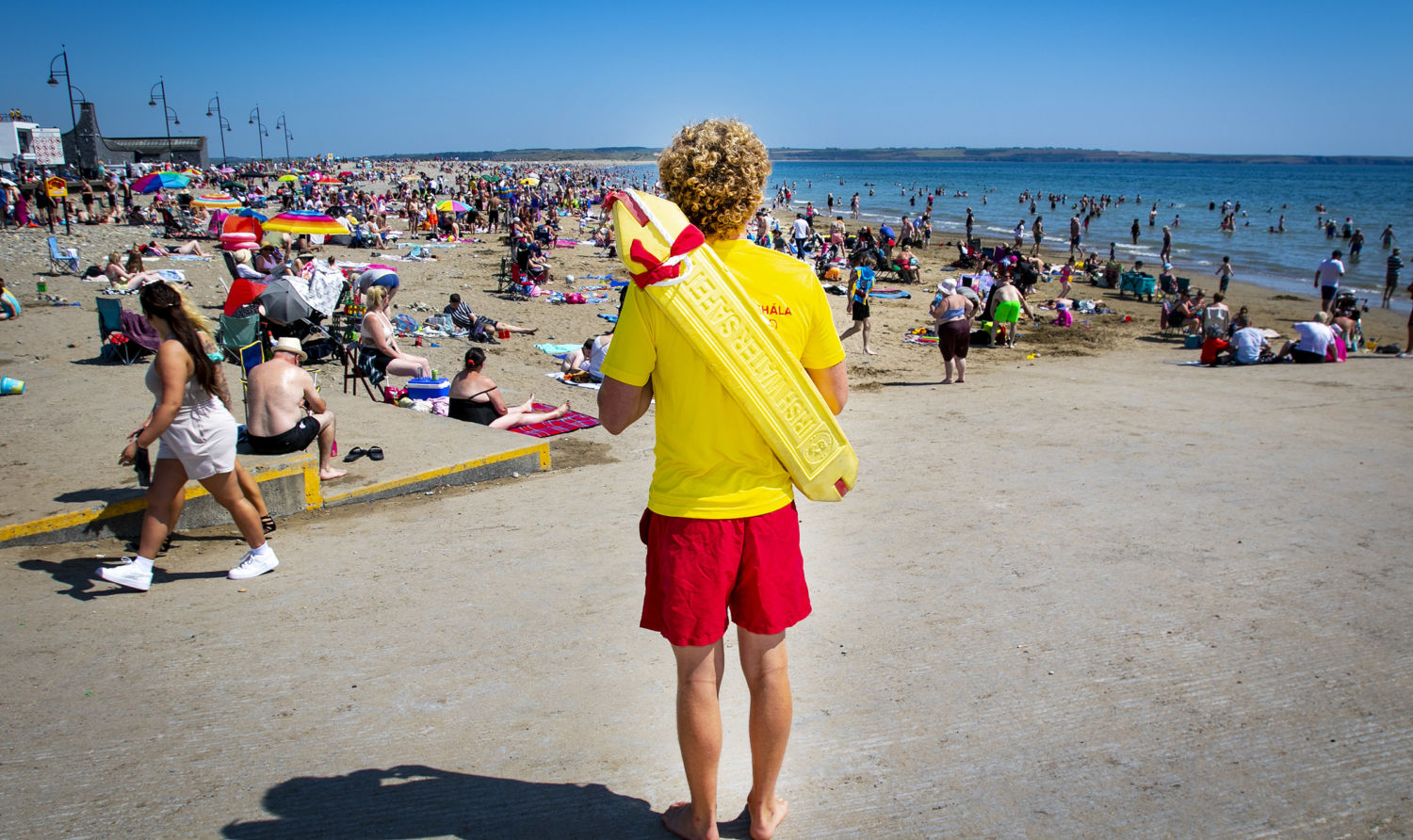 TRAGIC scenes unfolded on Sunday evening when a man in his 60s, who was recovered from shallow water at Tramore beach, died despite valiant efforts to save him.

Named locally as Aleksandr Lobarev, the 62-year-old resided at an address in the city with his wife.

Sadly Mr Lobarev’s body was discovered by an off duty fireman close to the slip at the old lifeguard station at the bottom of the Prom shortly after 5.30pm. The off-duty fireman alerted lifeguards and the man’s body was recovered from the water. Attempts to clear the crowded area were made as Gardaí and the emergency services arrived on the scene. First aid was administered by the fireman with the assistance of the lifeguards and Dr Matthew Sills who was also present.

It is not believed that this was a drowning incident, despite national reports of the man being the seventh person to die last week in water-related incidents. However, the tragedy occurred on World Drowning Prevention Day.

Tramore Gardaí on behalf of Superintendent Paul O’Driscoll praised the “valiant efforts” of the fireman, the lifeguards on duty and Dr Sills, and thanked the emergency services for their assistance.

“There’s many people who are alive because of their efforts, but unfortunately in this case, despite their best efforts it wasn’t enough. That is terribly unfortunate, but they worked heroically on the person, but couldn’t bring him back. As Mayor I extend my sympathy to his family and his friends on the very untimely passing of this gentleman.”

Michael Cuddihy, Chairperson of the Lifeguard Commission for Water Safety Ireland, commended the efforts of the lifeguards, whose training is in keeping with best international practice. “They did exactly what they were trained to do in unfortunate circumstances like we had [on Sunday] and they could have done nothing better,” Michael said. “If you look at all the comments on Facebook coming in the praise is just second to none from people who witnessed what they did and for the medical professional.”

“The lads did a tremendous job on Sunday. I’ve been training lifeguards for 40 years at this stage and I couldn’t say enough good things about how they reacted. There is a very experienced crew on this year. They mobilised all emergency services available including defibrillators. Everything that was available was used to try and save this poor man’s life,” he said. “Unfortunately, the outcome wasn’t what we would all like it to be.”

At the weekends nine lifeguards are on duty in Tramore, an increase of one on last year due to staycations. An extra lifeguard is working from the main tower as it is the busiest part of the beach. “Even at that, when you account for all the work they do, they are exhausted everyday coming off the beach… The weather is warm and they are standing in the sun, dehydrated and walking up and down advising people and administering first aid.

Over the past fortnight and with the recent heatwave, Michael said, “Lifeguards have done way above what is normally expected of them with the amount of activity that is on all of our beaches from Tramore, Dunmore East, Clonea, Bonmahon and Ardmore. The lifeguards are working flat out.

“We are having a lot of difficulty with off-shore winds, yet people still insist on buying lie lows despite them being banned on Waterford beaches and they are being swept out to sea,” he said. Giving an example of this on Thursday night last, he said a lifeguard in Bonmahon had to go out after a group who were using inflatables. “These are the things that lifeguards can do without,” he said.

Another issue that has cropped up is the issue of lost children. When a child gets lost it means the team is one man down as the lifeguard has to stay with the child until he or she is reunited with their parents. “Parents have to realise that if you bring a child onto the beach it is their responsibility.”