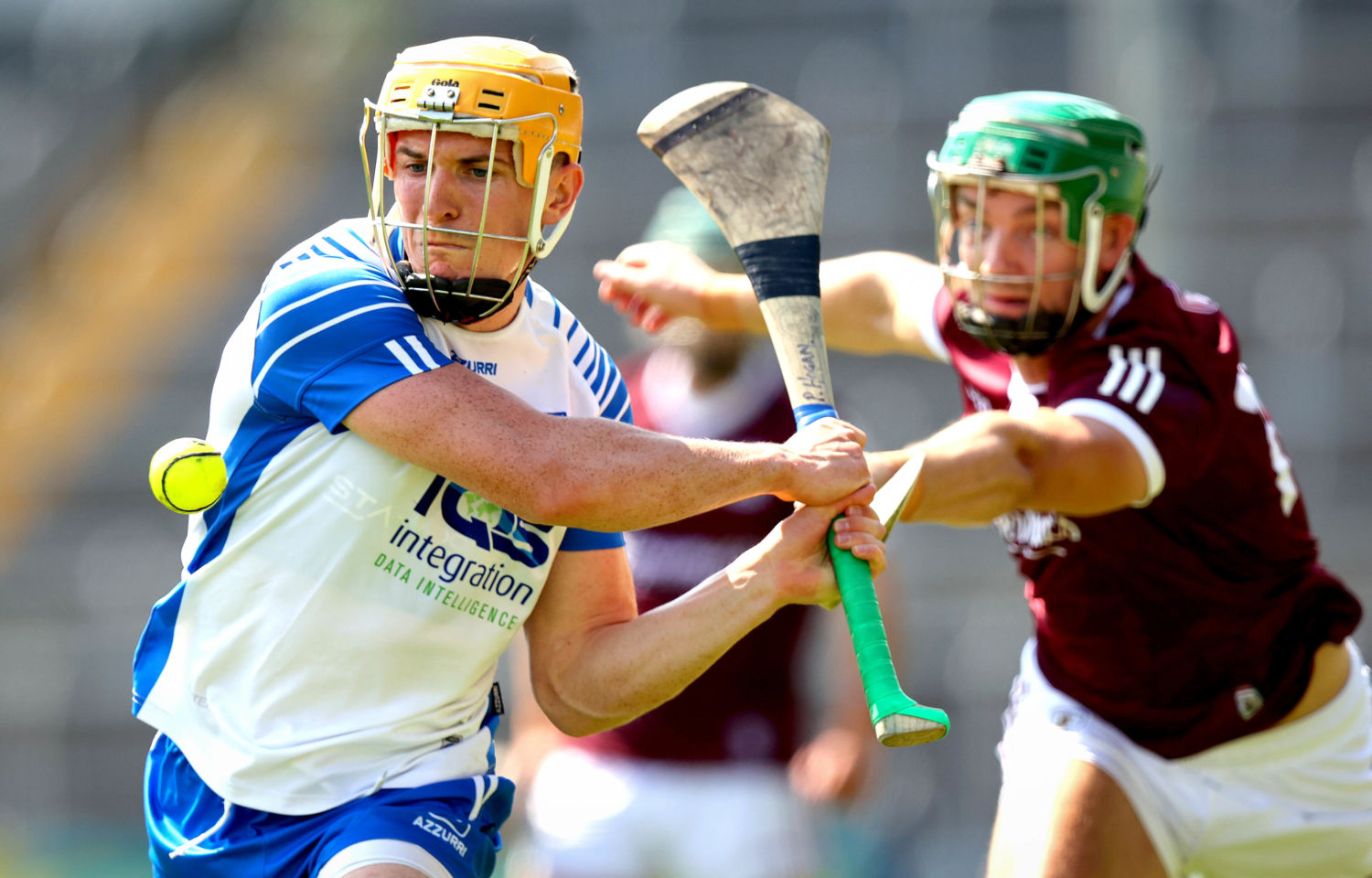 Waterford’s midfield pairing of Peter Hogan (pictured) and man of the match Jamie Barron was one of the real differences between the teams on Saturday. Photos: Inpho.

ENTERTAINMENT VALUE
Saturday was a great day for hurling. Two All-Ireland SHC qualifiers, one after the other on Sky Sports and two absolute crackers that went all the way to the final seconds before the result was sure. It was brilliant, after a long absence, to hear the shouts of Waterford, Waterford – ringing around Semple Stadium and there’s no doubt that those lucky enough to be in the 4,400 attendance were treated to a cracker. A bit too close for comfort in the end, from a Déise viewpoint, but a brilliant game of hurling, as was the Cork and Clare game….the great game of hurling is very much alive and well. The only down side of course is that an awful lot of staunch GAA people don’t have Sky Sports and so didn’t get to see these two great games live.

SCORE OF THE GAME
Jason Flynn’s first goal, mainly because of the beautiful pass from Joe Canning was Galway’s top score while Waterford had plenty to choose from. Kieran Bennett’s beauty from the right after some great link up play. Jack Fagan’s excellent goal after superb contributions from Dessie Hutchinson and Patrick Curran was a beauty but for me it has to be Stephen Bennett’s 76th minute effort – the last of the 54 scores on the day. Jason Flynn’s second goal had just three in it with time nearly out when the Ballysaggart man hit a worldy from the front row of the New Stand to clinch a great win for the Decies.

TURNING POINT
In a game of so many twists and turns you could point to many but for me it was the period after the first water break all the way to half-time. At the end of that opening quarter Waterford led by two, 0-9 to 0-7 and in that third quarter Waterford outscored their Western opponents by 1-9 to 0-2 to go from leading by two after 17 minutes to leading by 12 at the midway point (1-18 to 0-9).

MAIN MAN
Calum Lyons is some player and again he showed his brilliant worth going forward. I thought Stephen Bennett did really well in his first start in the number six shirt. His brother Stephen was his usually excellent self, as was Kieran and Peter Hogan and Jack Prendergast made huge contributions but for me the best man on the field on Saturday was Fourmilewater’s Jamie Barron. Hard to believe that he only made a cameo in the Laois game after missing the Clare game through injury but on Saturday he showed just how important he is to this team. Not only did he score four great points from play but his work-rate is phenomenal and he was outstanding all through. A real Déise leader.

SAVE OF THE GAME
Shaun O’Brien had a great game for Waterford between the posts and he made a brilliant save in the 47th minute when a goal looked on but for me the save of the match was made by Austin Gleeson right near the end when he deflected a goalbound shot bravely out for a ’65.

HISTORY MAKER
It would be bad form not to mention Galway’s Joe Canning who on Saturday entered the record books in the game against Waterford. He replaced Henry Shefflin as the all-time top scorer in hurling championship history which is some feat by a great player.

BENCH BOYS
Subs are so important in the modern game and once again Liam Cahill can be more than pleased with the contributions of his men off the bench. Michael Kiely, who again showed why he has long been tipped for a bright future in white and blue, was the only scorer off the bench but Cahill will be well pleased with the contributions of Darragh Lyons, Billy Power, Colin Dunford and even Shane McNulty who came on very late in the game. For Galway, many are asking why two goal hero Jason Flynn wasn’t in the starting 15. Galway subs scored 2-5 in total, including 2-1 for Flynn.

REF WATCH
Not the best of days for Dublin referee Sean Stack. On replays of the Conor Gleeson it seems to me that he got the decision absolutely right but could he have made it earlier? Maybe informed the Waterford management team during the interval instead of waiting for Gleeson on the field as the teams returned for the second-half? Surely a Galway defender should have also seen red during the second-half for a similar incident when it was only yellow.

NEXT UP
For Waterford it’s an All-Ireland Quarter-final meeting with beaten Munster finalists Tipperary next weekend, while for Galway, who many were touting as the only team that could stop Limerick this year (after the league) it’s the end of the road for another season.