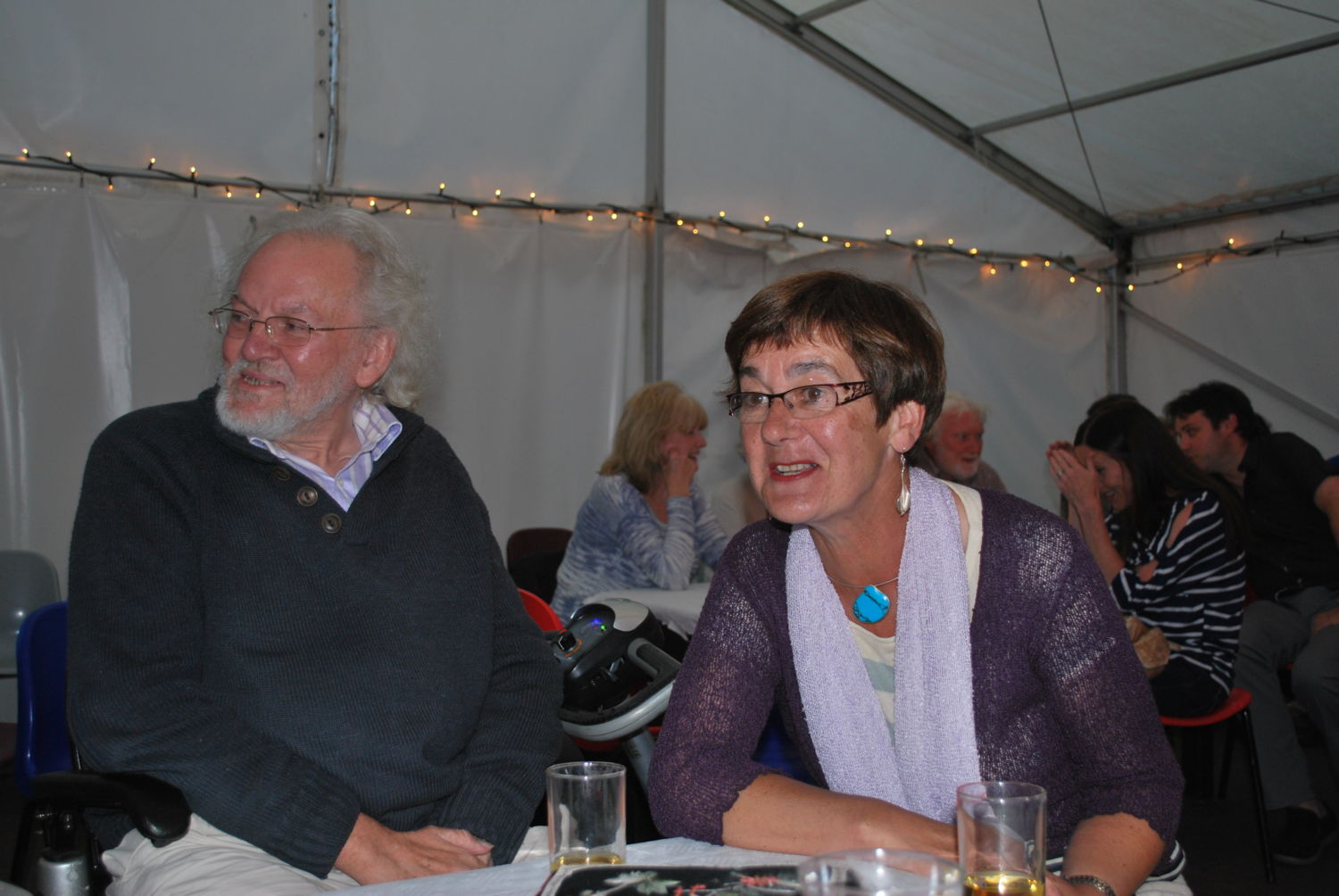 Máiréad Criostóir pictured here with her late husband, Muiris, is one of the guests on the Muintir na nDéise 2 series for WLR FM

Ordinary people who live in extraordinary times have much to say that is particularly relevant to Waterford folk. This new ten-part series is recorded especially for WLR FM and features people who live and work in the West-Waterford Gaeltacht. They comment on their lives and times and expand on the changes they have witnessed in the last sixty or more years in Ring in a series of interviews with broadcaster and writer Catherine Foley.

‘This is the second series that celebrates the lives of people who live in Gaeltacht na nDéise, an Irish speaking area that continues to expand’

In the simple, clear and lyrical Irish of Ring Gaeltacht, the interviewees remember stand-out moments in their lives. Some recall the harsh times their parents endured, their first days at school and standout moments such as first Holy Communion. Others remember their wedding day, their working lives and their families growing up. Not surprisingly, spirituality and the importance of prayer features strongly and thoughts on death and what lies beyond the grave are quite startling.

This is the second series from the company An Corsaiceach – owned and run by the Waterford Foley sisters – that celebrates the lives of people who live in Gaeltacht na nDéise, an Irish speaking area that still continues to expand.  The 2016 Census established Ring as one of the few Gaeltacht areas in the country to have increased its number of daily Irish speakers.

This all-Irish series, which was made with funding from the Broadcasting Authority of Ireland with the Television License Fee, is a showcase of the wealth, musicality and vibrancy of the Irish language that is spoken every day throughout An Rinn and Old Parish. The series throws a welcome light on the rich heritage and culture of the Gaeltacht of the Déise.

Producers RoseAnn Foley and Catherine Foley, of the An Corsaiceach production company, conducted some of the original interviews in 2018 with the support of Údarás na Gaeltachta while other interviews were carried out more recently.

Each half-hour program aims to explore different aspects of life in the Gaeltacht. The tragedy that shook the community in the final days of the Emergency off the coast of Waterford at the end of World War II is explored as are school days at Scoil Naisiúnta na Rinne where the internationally-recognised Sean Nós singer Nioclás Tóibín was a student. Interestingly, the love of the language is described by those who grew up in nearby areas and came to live in the Gaeltacht and who also share their views on the Irish language and how it will survive into the future.

Ring summer scholars will remember with affection Liam Suipéil, director of Coláiste na Rinne from 1989 to 2017. Liam speaks about his youth growing up in Ardmore, his parents’ decision to send him to the newly established all-Irish secondary school in An Rinn, his work in the seventies working with the late Mícheál Ó Domhnaill, and his role, ultimately, in heading-up the historic Irish language college in times of both prosperity and economic crises.  Tony Tobin, another participant in this series, recalls his start in Old Parish when he left school at the end of fifth class and got a job with a local farmer. He describes eloping to Dublin with his true love Margaret so that they could be together, how he first got a job sweeping the platforms of Connolly Station as an employee of CIE. Tony was eventually promoted to train driver and then became a representative for his fellow workers, employed as a union official by SIPTU fighting for workers’ rights both in the Labour Court in Dublin and in the EU courts in Brussels. 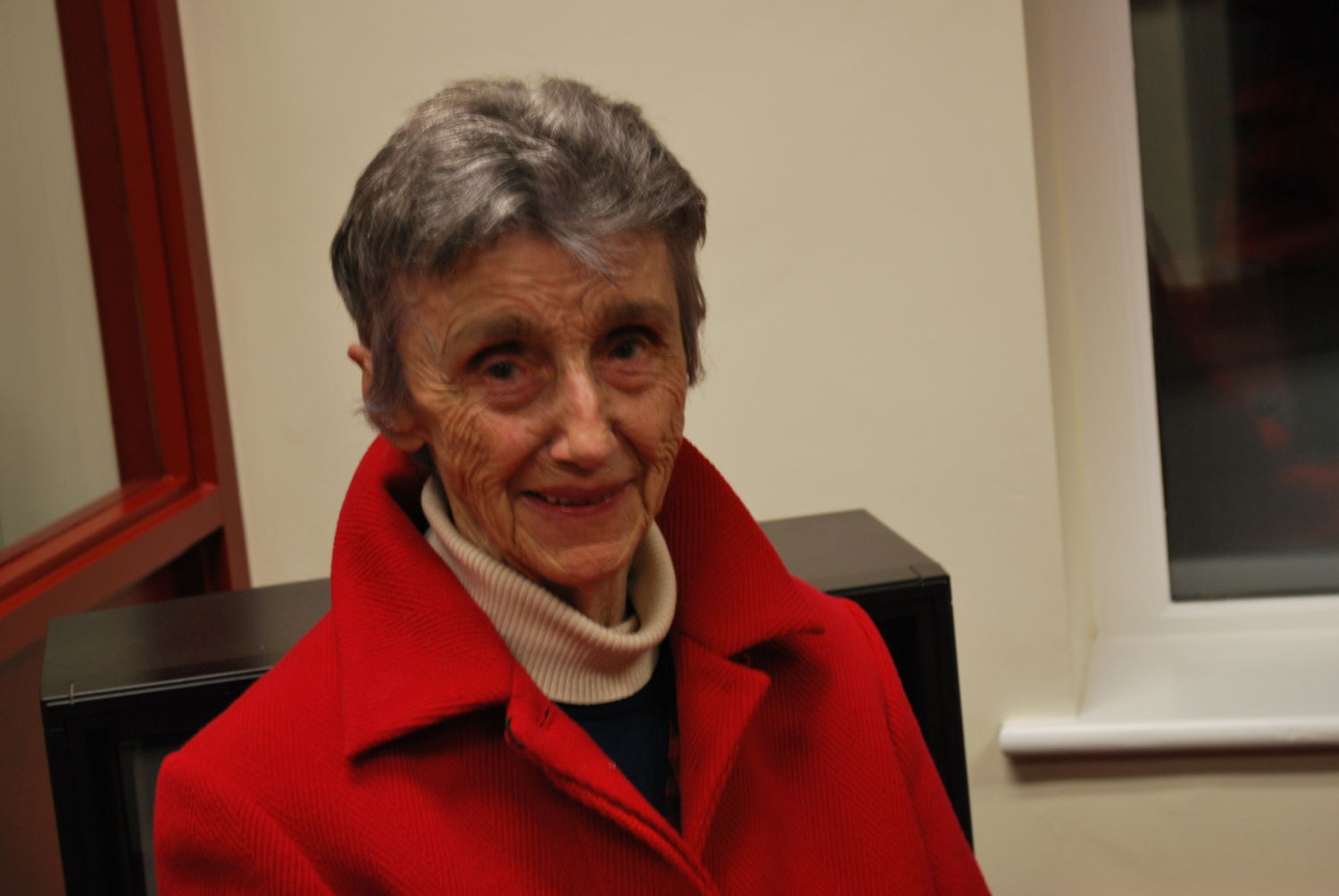 Mary Bateman Uí Chondúin, a respected singer in Sean Nós, who has lived all her life in An Rinn, remembers her mother dying of TB at the age of 21 while Mary was only two years old.  She was raised by her grandmother, Eibhlís Tóibín and recalls a treasured memory – her uncle, the late Micil Tóibín, carrying her on his shoulders to show her the coastline of An Rinn stretching off towards Mine Head.

Retired teacher Máiréad Criostóir remembers, with the tenderness of a cherished lifetime memory, the Irish she learned from her late mother-in-law, the much loved primary school teacher Bean Uí Chríostóir. Máiréad recalls the day she met her husband, the late Muiris Críostóir,  for the first time at Club Chonradh na Gaeilge in Dublin and explains why her love of the Irish language has been a constant in her life ever since her childhood visits to her grandparents in west Cork.

This new series from Gaeltacht na nDéise is recorded and edited by documentary-maker RoseAnn Foley and starts on Sunday, August 1, 2021 at 8.30pm.