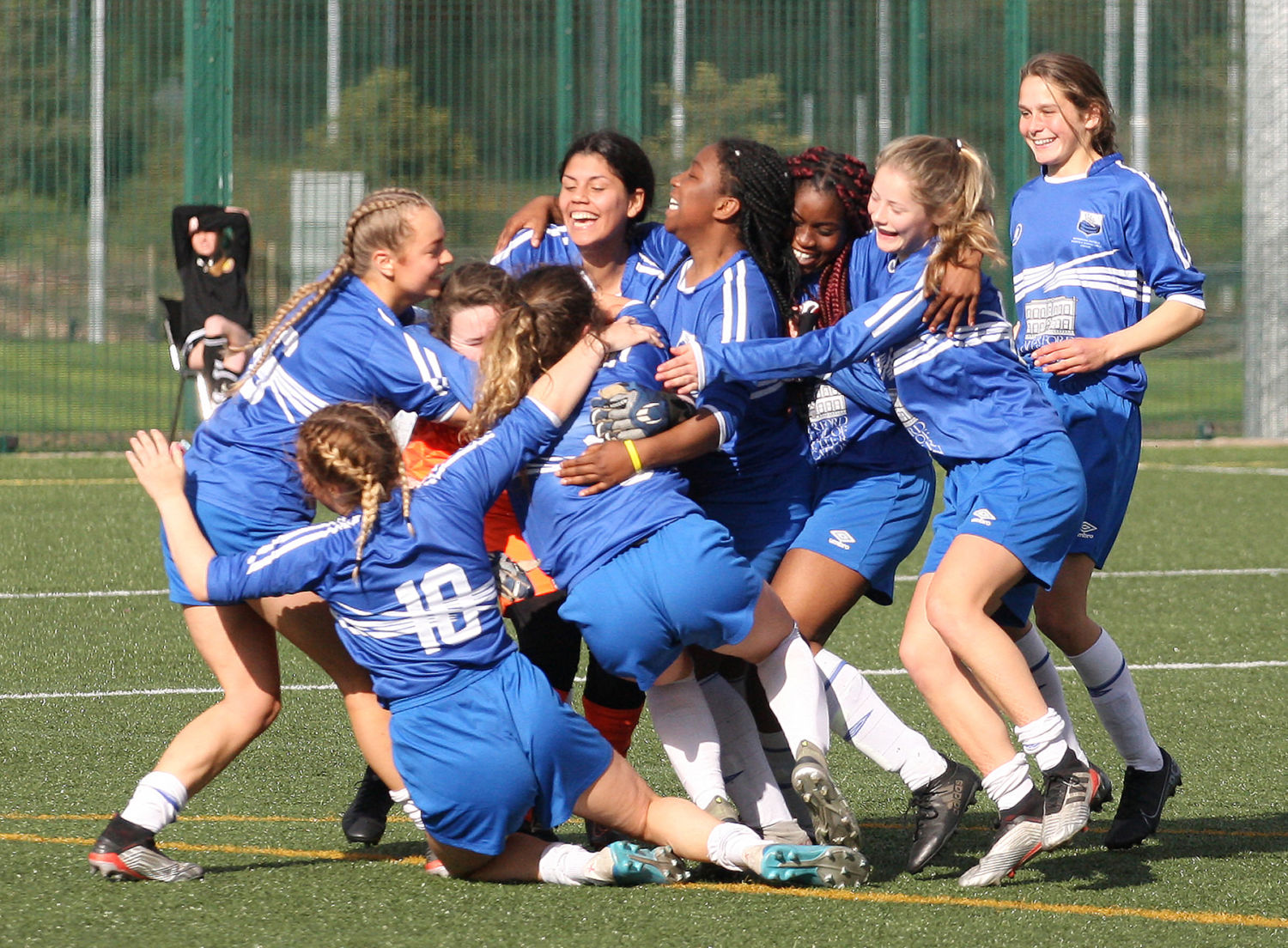 The Waterford girls celebrate their win over Wexford in the Gaynor Cup semi-final at the WIT Arena back in October of 2020. Photo: Paul Elliott.

News emerged this week that the previously three times postponed Gaynor Shield Final Between Donegal and Waterford was again back on the agenda with the final being pencilled in for August 15th in Dundalk.

Problems arose however when the SFAI directed the leagues that only players which were currently registered with their respective leagues were eligible to be part of the match day squad. Furthermore the SFAI ruled that only players born in 2007 or later could also play – this ruling was met with widespread dismay and anger by the leagues as in the case of Waterford it meant that eight of the squad who have since progressed onto playing League of Ireland were in effect banned from playing.

It also meant that of the original squad only 3 of the remaining players were now in the age bracket and would be able to play in the final. In effect the league were being told to use their current Gaynor Cup squad to play a final that the previous squad had reached.

League Secretary Jackie Kennedy explained that the decision not to play was a very difficult one to make but they felt it was unfair to the previous squad that they were being denied an opportunity to play in the final. Both Waterford and Donegal fought strenuously to have the rulings on player eligibility reversed but the SFAI were not for turning. In all circumstances the League Committee felt that it was not appropriate to play the final and Donegal also took the same stance. With both leagues refusing to play it was agreed that the Shield would be jointly shared between the teams. Parents of the squad members were informed by the League of the decision before it was made public. The League also stated that the notice given to the Leagues was way too short with the current Gaynor Squad only back in training – it really amounted to a last second decision to announce the final could be played –some five months after being told that the final was cancelled for good.

The decision brought great disappointment to players and parents alike with the SFAI ruling being met with anger by parents. The Shield final has been on ongoing saga and finally the last twist in the tale has been made.