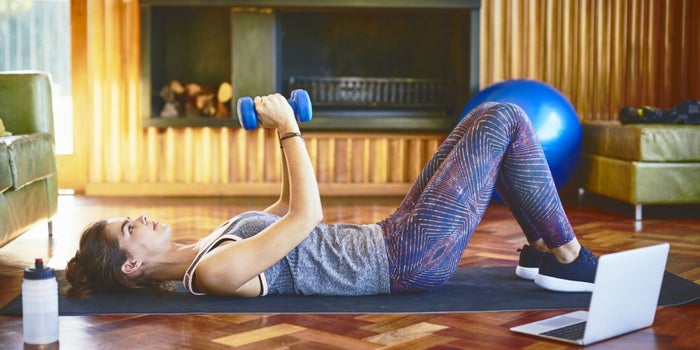 THE shape you are in right now is the result of your exercise and nutrition habits over the past several months to years. Where you are tells us what you have consistently done.

If you have consistently lifted weights 3-4 times a week for the past several months/ years your body will look a certain way. It won’t matter that you occasionally missed a day or week’s training due to illness, injury or holiday. Your consistent long term behaviour is what changes you, no one day or week makes a difference.

If your average calorie intake for the past several months/ years has been more than you actually needed you’ll probably have some of that excess energy stored in the form of body fat. It won’t matter that you occasionally had a couple of low calorie days (or even weeks, on a long enough timeline). Your consistent long term behaviour is what changes you, no one day or week makes a difference.

If you’ve lived an active life there will be a difference between you and someone sedentary. If you’ve managed to live without large amounts of stress (and/or found healthy ways to deal with stress) and, on average have gotten adequate amounts of sleep this will have had a positive effect over your lifetime. Over years (even decades) these things, which might seem small day to day (or might not seem to make much difference in the short term) add up. Your consistent long term behaviour is what changes you, no one day or week makes a difference.

This is why improving consistent behaviour is so important, not just occasional behaviour.

Simple enough to do every day, for the rest of your life

Ok, some things might not need to be done every day and if you only want the results for a short period of time then you might not need to do it for the rest of your life but this idea is not a bad basis for a plan. Consistent behaviour is needed for long term change. It’s easier to do something consistently when it’s simple. So simple that you can get it done whether you feel motivated or not!

Here are some simple ideas: Track your steps, find the average, aim for 1,000 more than that per day (so it pushes you a little bit). Consume an average of five or more portions of fruit and veg per day. Lift challenging weights twice a week (if you’re not sure what “challenging” means talk to the gym staff or hire a trainer like me). If you aren’t getting 7-9 hours sleep per night, aim to go to bed thirty minutes earlier on weekday nights. If you already do these that’s great, I’m sure there are other things you can improve. The point is these are simple things, not massively complicated plans that require loads of willpower and motivation. Simple is easier to do consistently.

Does it move you closer to the goal?

Some of the things I’ve described above might seem so small as to not possibly make any difference but ask yourself this: Does it move you even a tiny bit closer to the goal? It doesn’t have to be perfect. It doesn’t have to move you to the goal right now or really fast. Just, does it move you a little bit closer? A few seemingly insignificant behaviours, executed consistently over six months or a year can make a huge difference!

And remember, we are the result of our habits, not our occasions. So if you’re worried because something doesn’t move you towards the goal make sure you ask yourself: does it happen often enough to matter? If it happens regularly then, yes, you may need to account for it in some way (regularly to me would be once a fortnight or more) but if it only happens occasionally (like a large celebration, illness or holiday) it won’t really affect the consistency of your long term behaviour: Your consistent long term behaviour is what changes you, no one day or week makes a difference.

#YourFitness: Can you raise the bar?