OBITUARY: Dominic Hearne was a unique talent who made people happy 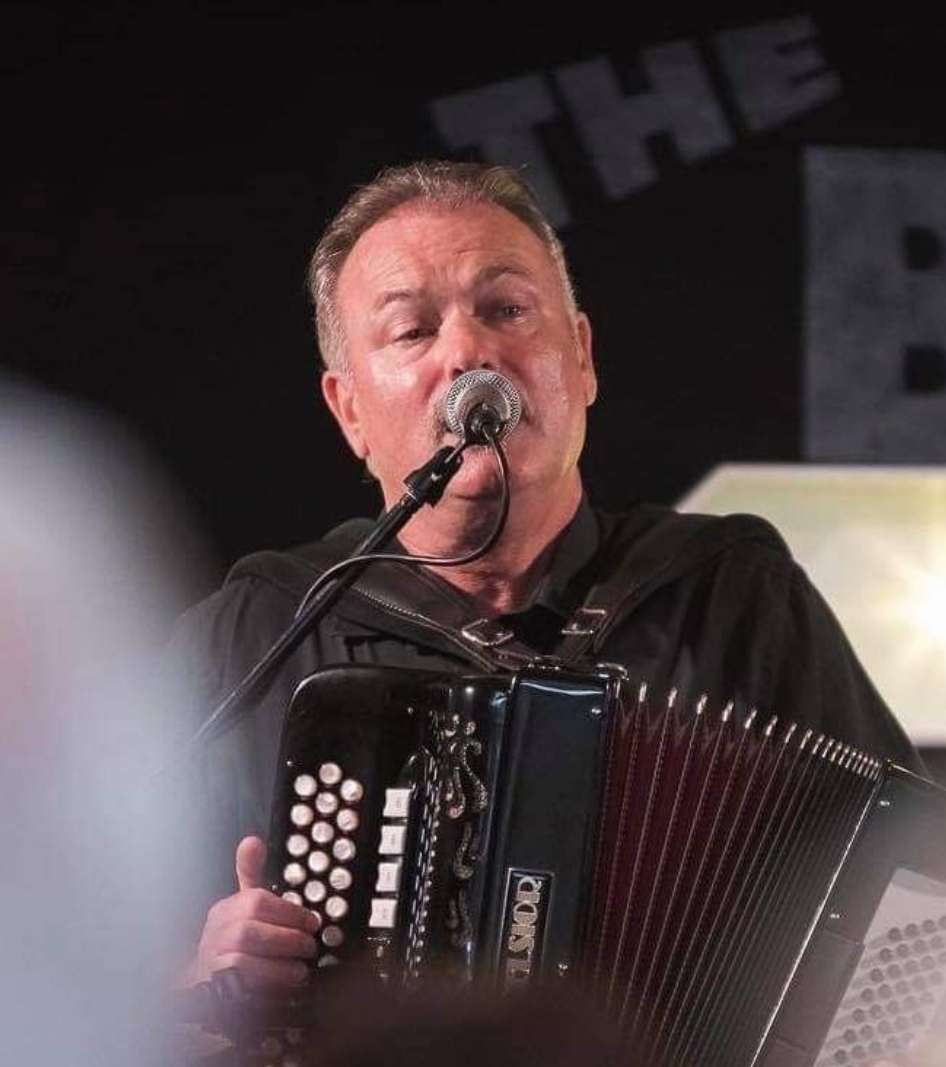 “HE had a unique talent,” said Paul Curran of his great friend and musical comrade Dominic ‘Dom’ Hearne, whose Requiem Mass took place in Butlerstown on Monday last, July 19. “And I mean that.”

In a loving tribute to his fellow Bottle Brother, with whom he performed for 23 fun-filled years around the country, Paul told mourners: “For those of you that don’t play music, when we’d be picking songs to play, without even thinking about it, he’d go into a zone and he’d play a base line on the left-hand side (of his accordion) and on the right-hand side he’d be playing a melody which would be a different rhythm to the base line.”

Clicking his fingers as he spoke, Paul said: “And he would do that without thinking about it. And it was hard to appreciate that sometimes but he just blew me away with what he could with the box (placed at the front of the altar, along with a golf club); he made it do things it wasn’t even designed to do and no-one even thought he could do. He was absolutely unique.”

Dominic Hearne was born on August 23, 1959, the youngest of Billy and Margaret’s six children. He was educated at Butlerstown National School and the Central Technical Institute on Parnell Street and also studied Engineering at ANCO (FÁS).

As John Kelly noted in a profile of Dominic, published in ‘Butlerstown Revisited’ (2019): “In his early teens, Dominic and his Dad played music regularly in the Fox’s Den bar in Kilmacow, where the owner and fellow musician Alex O’Toole would often join them.” Following a short spell in England, Dominic returned home in 1979, finding work with Norco on Waterford’s Industrial Estate.

And from that point on, his career in music began to truly take root, ultimately leading to 21 tours of the United States with ‘The Whole Shabang’ playing for audiences which included Bill and Hillary Clinton, Donald Trump, Albert Reynolds and Liam Neeson.

In a touching Requiem Mass sermon, Parish Priest Pat Fitzgerald said he hoped the support offered by the local community “will be a source of immense consolation” to Dominic’s family and close friends following the heart-breaking news of July 19.

“There’s no doubt that the news of Dominic’s death has spread like wildfire here in Waterford, all around the South East and probably across the country and indeed probably across the world in the many places Dominic played so often amongst the Irish Diaspora,” he stated.

Fr Fitzgerald added: “He was a self-taught musician of exceptional talent and versatility… a little boy who picked up the box at the age of seven or so to the accomplished musician who played for a United States President.” 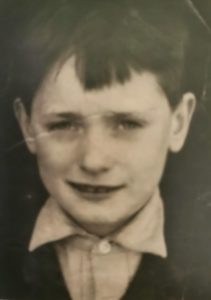 A young Dominic Hearne pictured in 1967, published in a profile written by John Kelly for the 2019 publication, ‘Butlerstown Revisited’.

Regarding the “tragedy of his leaving us too soon,” Fr Fitzgerald stated: “Dominic’s tragic death brings a sense of wounding and diminishment to all who knew and loved him. You feel in some measure reduced by his tragic death. Every instinct tells us that we should not be here in these circumstances. Our hearts bleed for this good man who was burdened, we can say, overwhelmed with an unbearable level of anxiety and affliction. This man, who loved life and who would want us all to love life and would want us all to live it to the full.”

He continued: “Today and for many days to come, we must attend to our grief and give words to our sorrow. There will be no shortage of memories and no shortage of words. You couldn’t but sense a tremendous depth of affection and a corresponding depth of sadness at his untimely passing.  I was told by someone who knew him very well that Dominic was the life and soul of every room he walked into, that he would bring a smile to the most worried face. We feel a great regret that there was no smile or word which could lighten his load or brighten his darkness.”

Paul Curran described Dominic Hearne (who had also performed with Tweed, Legend, The Whole Shabang, Profile, Pete St John, Art Supple and Gerry Walsh) as a man who had “one mission in life: to make people happy”.

With huge emotion and deep affection in his voice, Paul spoke of his friend’s “extraordinary talent, his sense of humour, his love of all of you – his family, his extended family, all the lads he played with over the years – and all his many, many friends: the bikers, the lads he played golf with. Everybody.”

Recalling Dominic’s holidays in Lanzarote, his many golf trips, enjoying motorbike racing with his brother Paddy, along with visits to Anfield and London, Paul also referenced Dom’s “pilgrimage to Castelfidardo to see the home of the Paolo Soprani accordions”. “There are thousands of stories,” he added, “and in time we’ll get to all of them.”

Bidding farewell to his great friend, Paul proudly spoke of a bond, a “sixth sense” forged over almost a quarter century gigging together.

“We brought out the best in each other and it was an absolute privilege to share a stage with that man… Dom’s light has gone out early but Jesus, did it burn bright. I’ve lost my partner in crime, my right arm, my brother and my friend. See you again, buddy.”

A message from Mark, Dominic’s nephew in Australia, was shared with the congregation. “I wish you could have stayed. I hope you know, wherever you are, what you meant to us. I hope you know when I heard you play, how much of an incredible feeling it gave me… Dad (Billy, who died in 2002) loved you so much. You were the strongest link to the life that we lost. RIP, Dom.” 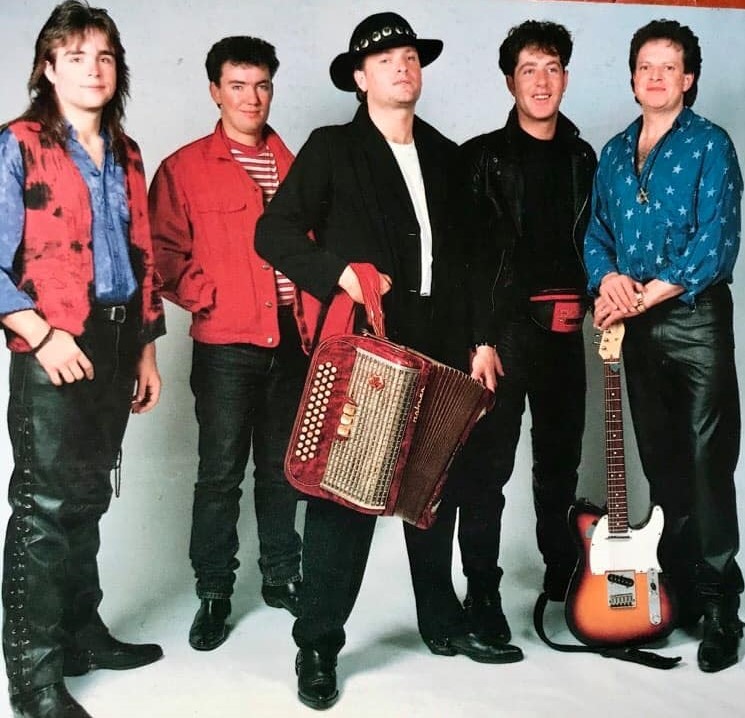 “Front and centre,” posted Darren Holden on his Facebook page, under a photo featuring Tweed, with Dominic Hearne holding the accordion. “How I remember him. Sleep tight Dom. Thank you for the memories, the many great laughs… and the music.” Also pictured are Tommy Comerford, Gay Brazel and Mick Rowley.

‘Come By The Hills’

Dominic’s remains, laid to rest in the adjoining cemetery, left the church to the strains of ‘Come By The Hills’, a ‘Whole Shabang’ recording which featured Dominic himself on lead vocal and accordion. Its final verse truly captured the sadness which enveloped Butlerstown and beyond on July 19 and the days that followed.

“Come by the hills to the land where legend remains; The stories of old fill our hearts and may yet come again; Where the past has been lost and the future is still to be won; And the cares of tomorrow can wait till this day is done.”

Dominic Hearne, of Oliver’s Hill on the Old Kilmeaden Road, was predeceased by his parents Margaret and Billy and brothers Billy and Paddy. He is survived by sisters Tess, Anne, and Frances, nephews and nieces, his bandmate Paul Curran, his fellow musicians, extended family and many friends all over the country. May he Rest In Peace.