‘I want to focus on changing lives’: Sexual abuse survivor will campaign for better victim support 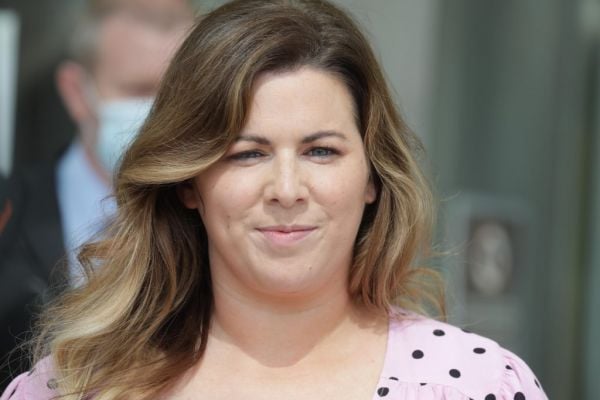 The woman who suffered years of abuse at the hands of her father who was jailed last week has told of how she plans to campaign for greater awareness and support for individuals suffering abuse.

Charlene Masterson said she waived her anonymity in a bid to highlight the difficulties she faced.

Speaking on RTÉ radio’s Today with Claire Byrne, Ms Masterson said she did not what could have happened without the intervention of her friend, who was training to be a social worker at the time.

Since the court case, during which she delivered a devastating victim impact statement, Ms Masterson has been doing online courses on domestic violence awareness. Such information should be freely available here, she said, but not a lot of what was available was relevant to Irish law.

There remained a “massive stigma” in Ireland about rape and sexual assault, she said, and she now wanted to focus on changing the system to develop a message like the FAST alert for stroke. This could help pinpoint signs to look for in people suspected of being in trouble. 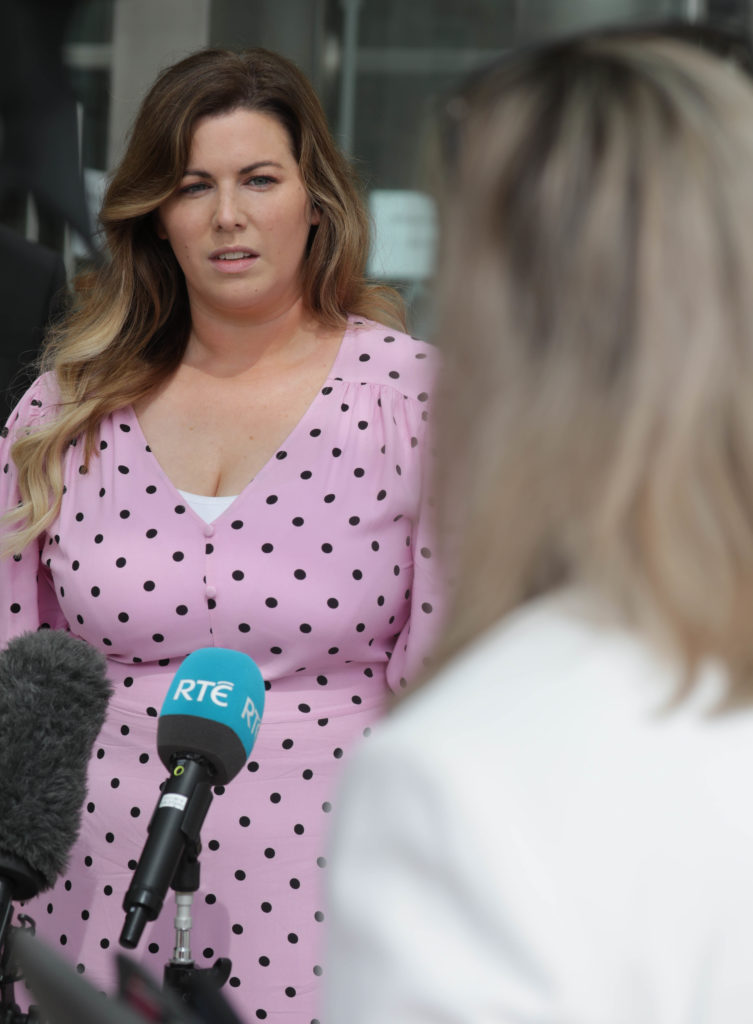 Charlene Masterson speaking to the media outside the Criminal Courts of Justice after her father, David Masterson, was jailed for 17 years. Photo: Collins

“I want to focus on changing lives,” she said.

Ms Masterson explained that the abuse took place for seven and a half years and that she had had seven years since it ended to “process it.”

“I’m out the other side now. The work I want to do now is the next step.”

When asked if she had any regrets about waiving her anonymity, she said “not one.”

Her main aim had been to help people and this was “one step of the journey.”

The abuse commenced when she turned 18, she said, but it was only afterwards that she realised her father had been grooming and controlling her from her early teens. Later she also realised he had been tracking her phone which was why he always knew where she was and what she was doing.

When the blackmail commenced, she said her father had been “cool and collected” and told her she would have to do as demanded. “I would never have guessed it was my dad.”

Her father had told her he would be with her and would not let anything happen. On a number of occasions there was another person involved in the abuse who she said knew that she was his daughter.

When she attempted to assist her grandmother install a programme on her laptop she found a DVD with a recording of two of the abuse incidents, which she knew had been recorded as it had been a “bargaining chip.”

She then knew that her father was her abuser, but did not know what to do. The person to whom she should have been able to turn to for assistance, was the person who was abusing her. “I didn’t have anywhere to turn to.”

When she confronted him “a row broke out” and her father asked how she could think it was him, but she did not receive any text messages after that. But the abuse continued and spiralled into “open abuse” and sexual harassment, she said. If she did not do as he demanded, “there was hell to pay.”

Ms Masterson said her father followed her to her part-time job and eventually forced her to give it up. The rape and violence continued. “He was never happy.”

In March 2014, when she was aged 25, she went on a weekend away with friends. “He didn’t want me to go.” Throughout the weekend her father sent texts threatening her, saying he had people he wanted her to meet.

At that stage her friend asked for the first time if her father was abusing her and she said he wasn’t. She knew that he thought what he was doing was “completely normal”.

At one stage she left out a magazine with a story about incest for him to see, “I thought this will trigger him, but he laughed it off. In his head he thought this was completely normal.”

The abuse was “never ending,” she said.

Ms Masterson explained that she was “petrified” of her father and that it was “easier said than done to walk away.”

The friend, who was training to be a social worker, “kept pushing”. By that stage her father knew that her friend knew and told her “you won’t see her again.” Eventually her friend, who was due to leave the country, said she would not go “until she knew I was safe.”

By that stage she realised her father did not care that other people knew and had held her by the throat up against a wall one night when there was another friend staying over. Her trainee social worker friend continued to question her and said she would not leave until she had answers. “This time I said yes” when asked if her father was abusing her.

As soon as her mother heard what had been happening she told the father to “get out” and there has been no contact since that day. Ms Masterson said that she saw her father at his mother’s funeral and then on three occasions in court.

Ms Masterson said she made eye contact in court and “stared him down. That last time I felt absolutely nothing.”

Ms Masterson said that despite the length of sentence imposed on her father – 24 years, reduced to 18 because he pleaded guilty with one year suspended, he would not serve “all those years” because of the system.

The judge in the case had been very kind, she said. “All cases of this nature are horrific.” The judge had realised the magnitude of what had happened.

‘I want to help survivors’

While she had tried counselling, speaking to eight counsellors, she found that it did not help, “I thought I was weird.” It was not until she spoke to another person who had a similar experience that she felt she could do something to help change the system. “I want to help survivors.”

Ms Masterson thanked the Dublin Rape Crisis Centre for their support during the court case and afterwards. She had considered not giving her victim impact statement herself. But she felt it was something she would regret if she did not deliver it herself

“I haven’t had a dad since I was 18. It’s very sad.” She said she had seen friends lose and grieve for a father they loved. “I’ll never have that.”

“If I ever get married I’ll never have a father walk me down the aisle. I’m ok with that. I’d rather not have one than one who did what he did.”

While there could not be a template for victim impact statements, Ms Masterson felt there could be guidance provided along with support for the friends and family of abuse survivors.  Her mother carried great guilt that she was not aware of the abuse, but she said that even if her mother watched her for 23 hours a day, her father would have gotten to her for that last hour. “I wasn’t safe anywhere.”

If you have been affected by any of the issues raised in this article, you can call the national 24-hour Rape Crisis Helpline at 1800 77 8888, access text service and webchat options at drcc.ie/services/helpline, or visit Rape Crisis Help. In the case of an emergency, always dial 999/112