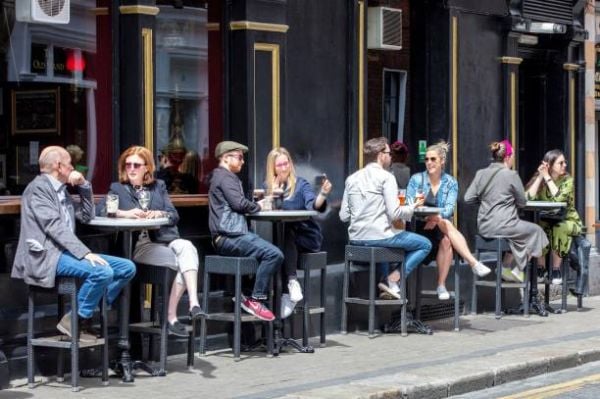 Ireland is seeing an “unusual pattern” of Covid-19 infection in its fourth wave of the virus, according to a public health expert.

The highest number of new cases since January was reported on Friday, with 1,501 infections confirmed, while 169 patients were hospitalised with the disease as of Friday morning.

“Case numbers may appear to be plateauing, but are probably not, just growing more slowly than a week ago,” he said in a series of tweets.

“If growth rate is slowing, it’s because of our collective caution, and is a signal to keep up the basic public health precautions, not let down our guard.

“We have had an unusual pattern of infection over the last five weeks, with the return of exponential growth in late June, superimposed on which was a step change in cases in mid-July, and now cases seem to be growing from this higher level.”

If you compare the profile of this wave of infections with prior waves, you can see the pattern is unusual. 3/13 pic.twitter.com/52KL954w4k

Prof Nolan said data suggests that case numbers began to grow exponentially at about four per cent per day from late June.

“However, after a short period of exponential growth, there was a step change in reported cases, with case counts increasing from about 700 per day to 1,200 per day in one week between 7th and 12th July, and now we are growing more slowly from that level,” he said.

“The most likely explanation is that in late June and early July we, collectively, caught up on a lot of social contact that we had missed so badly, but as case numbers increased, became more cautious again.”

Prof Nolan said the case numbers were translating into hospital admissions, with hospital numbers growing at four or five per cent per day.

It was a time for optimism with vaccines, he said, but also caution, urging the public to continue to follow basic measures to prevent the spread of the virus.

“Where we go next is not clear. There are many possible trajectories, depending on our level of contact and how well we reduce the risk of those contacts,” he said.

Where we go next is not clear. There are many possible trajectories, depending on our level of contact and how well we reduce the risk of those contacts. 10/13 pic.twitter.com/zsbqzTF3dI

“Vaccination and the incredible uptake across many age groups is leading us to a turning point in the pandemic,” he said on Friday.

“If we experience similar uptake in the younger cohorts as experienced in the over 60’s, Ireland will have a strong population level defence against Covid-19 and its known variants.”