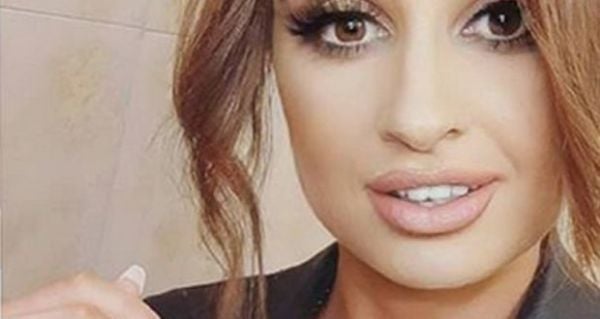 A man on trial accused of murdering his ex-girlfriend Nadine Lott inflicted “the most appalling and dreadful blunt trauma injuries” to the beauty therapist’s face, which separated the flesh from the underlying structures, a prosecution barrister has told a jury at the Central Criminal Court.

John O’Kelly SC, prosecuting, on Friday gave his closing speech in the trial of Daniel Murtagh and insisted that this was a case of murder and “nothing short of murder”. “There is the clearest intent, just look at what the accused didn’t do and what he never tried to do, he never raised a hand to get Nadine any kind of help,” he stressed.

However, defence counsel Brendan Grehan SC, for Mr Murtagh, submitted that his client’s intent was the “main battleground” in the case and asked the jury to consider his level of intoxication that night. Mr Murtagh maintained that the “bloodbath” would never have happened “but for the drink and drugs” he had consumed that night, said Mr Grehan.

Mr Murtagh (34), of Melrose Grove, Bawnogue, Clondalkin, Dublin 22 has pleaded not guilty to murder but guilty to the manslaughter of his 30-year-old ex-partner Ms Lott at her apartment in St Mary’s Court, Arklow, Co Wicklow on December 17th, 2019.

The jury has heard that Ms Lott suffered “severe blunt force trauma” and stab injuries at the hands of her former partner “in a sustained and violent attack” in her Arklow home. They have heard evidence that the injuries to Ms Lott were so serious that she never regained consciousness and died three days later in St Vincent’s Hospital in Dublin.

‘Beaten to a pulp’

An intensive care nurse at the hospital has told the jury that Ms Lott was “completely unrecognisable” and that she had never seen anybody so badly injured. A paramedic who attended to Ms Lott at her home told the jury that the call will “haunt” him for the rest of his career and was one of the most “horrendous scenes” he had ever walked into. The garda who telephoned ambulance control informed them that Ms Lott had been “beaten to a pulp”.

The beauty therapist died after suffering “traumatic head, neck and chest injuries” and her brain was swollen following a “sustained and violent attack” in her Arklow home. Chief State Pathologist Dr Linda Mulligan gave evidence that the blunt force injuries were caused by hands, fists or feet and the use of a blunt weapon could not be ruled out.

Addressing the jury today, Mr O’Kelly said the deceased’s neighbour, Amela Kulenovic, demonstrated “great courage” going into Nadine’s apartment that night while the “terrifying” attack was “ongoing” and saw the accused “exerting his weight and putting tremendous pressure” on her as she lay on the ground. “She saw the appalling scene of Nadine being murdered by Mr Murtagh,” he added.

Eyewitness Ms Kulenovic told gardaí that Mr Murtagh had made a “growling noise” and was “vicious with rage” as he inflicted blows on his ex-partner “like a wild animal”. She told the jury of finding the accused “in a crouched position” on top of Ms Lott, where he was “inflicting a lot of force” on the beauty therapist and had his hands around her neck and shoulders.

Referring to Mr Murtagh, Mr O’Kelly said the accused insisted that he assaulted Nadine in the sitting room but denied ever taking part in any kind of assault in the kitchen. The side of the dresser in the kitchen was covered in blood and the blood-staining “was much more intense” along the bottom of the skirting board, he said.

At the very least, the barrister said, the accused was “certainly’ in the kitchen that night as his fingerprint was found on part of the dresser, whilst the attack was still taking place or still ongoing. Otherwise, counsel said, “his fingerprint” could not have been in the deceased’s blood.

The lawyer drew the jury’s attention to the 64 individual injuries found by the pathologist on Nadine’s body. He said her lower jawline was fractured in two places, she had severe brain injury and a stabbing injury was inflicted above her Adam’s apple, behind her jawline and into her mouth.

Recalling the accused’s initial interviews, Mr O’Kelly said he told gardaí that he remembered nothing and “gradually got to the point” where he admitted hitting her a slap after she went for him because he was drinking and smoking in her apartment. There was another suggestion that Nadine took a cigarette out of his mouth so he slapped her and she fell to the ground, he said. The accused expanded on this account, he said, until he was prepared to say he gave Nadine five or six slaps and some of the latter ones were delivered with “more force”.

It was only in the fourth and final interview, counsel stressed, where the accused described repeatedly “beating downwards on this helpless woman” with his fists, who lay injured on the ground. Mr Murtagh kept saying that he only used his hands until he finally admitted holding a charger in his fist and wrapping a wire around his hand “to protect it” as he “viciously beat down” on Nadine who was incapable of defending herself, he said.

Outlining the background to the case, counsel noted that Nadine had the “dreadful misfortune” of meeting Mr Murtagh when she was on a working visa in Australia in 2012. In 2016, the couple tried to get an apartment together back home, he said, but the accused did not turn up at the last minute, which brought about the end of their relationship.

Counsel went on to tell the jury that the accused certainly wanted something with Nadine in 2019 and told gardaí that she was his girlfriend and his “wife to be”. “This was coming from his head, look at the WhatsApp exchanges; they are clear and unequivocal. She makes it clear that she wants nothing more to do with him on that level,” he argued. Just because they fell for each other in Australia, he somehow thought he had the right to control her life and say who she was to go out with, he continued.

Counsel suggested to the jury that beating a defenceless person and putting them in a coma from which they don’t recover can “never be justified on any basis whether it’s drink, drugs or some perverse archaic male view of control which they have over their partners”.

In summary, Mr O’Kelly said that this was a case of murder and “nothing short of murder”. “There is the clearest intent, just look at what he didn’t do and what he never tried to do, he never raised a hand to get her any kind of help,” he concluded.

In his closing speech, defence counsel Brendan Grehan SC called the case “tragic and awful” and said it was “difficult for all involved”, particularly for the Lott family.

The barrister said he made no apologies for representing Mr Murtagh as that was his job and what he must do. The “main battleground” in the case, Mr Grehan said, was Mr Murtagh’s intent and he submitted that the jury had got a “fairly unvarnished insight” into the accused’s mindset.

Mr Grehan pointed to the accused’s assertion that he only used his hands when he assaulted Nadine and denied ever using a weapon to stab her. Instead, the accused beat Nadine with his fists which can cause splits in the skin, something the lawyer submitted was not “an attractive position”.

The barrister submitted that the “preponderance” of the evidence suggested that Nadine suffered a violent assault with his fists rather than with a weapon, which he called significant in terms of the evidence which the jury had to consider.

Mr Grehan said his client’s position was that “this would never have happened but for the drink and drugs” and asked the jury to consider his level of intoxication that night.

Despite being repeatedly pressed by gardaí, the accused maintained he had not assaulted Nadine in the kitchen and she was still breathing and conscious when he left, he said. “He can not shed any light as to how she ended up in the kitchen,” he continued.

He said his client was pitiful of himself and delusional in his thinking believing that he and Nadine had a future together and she could be his possible wife.

In addition, Mr Grehan said the accused insisted that he did not intend to kill or seriously injure Nadine and told gardaí that “if he did want to kill her he would have”.

Mr Justice Michael MacGrath will begin charging the jury of seven men and five women on Tuesday before they commence their deliberations.