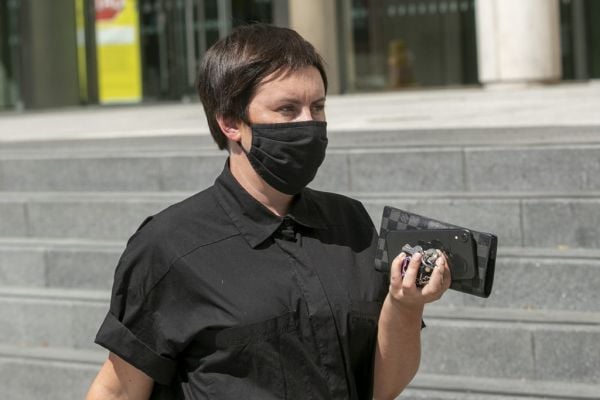 A woman who has been given a suspended sentence, after pleading guilty to multiple counts of laundering more than €100,000 that was the proceeds of crime.

The Special Criminal Court found that she didn’t know where the money came from, but was reckless in not asking questions of her then partner and father of her child.

Lisa O’Hara (32) and her former partner James Walsh (37), both of Wheatfield Avenue, Clondalkin, Dublin 22 had pleaded guilty to multiple counts of handling or possessing cash while knowing, believing or being reckless as to whether the cash was the proceeds of crime.

Walsh, who is currently serving a sentence for a firearms offence, was sentenced to six years and nine months in prison, with the final two years suspended.