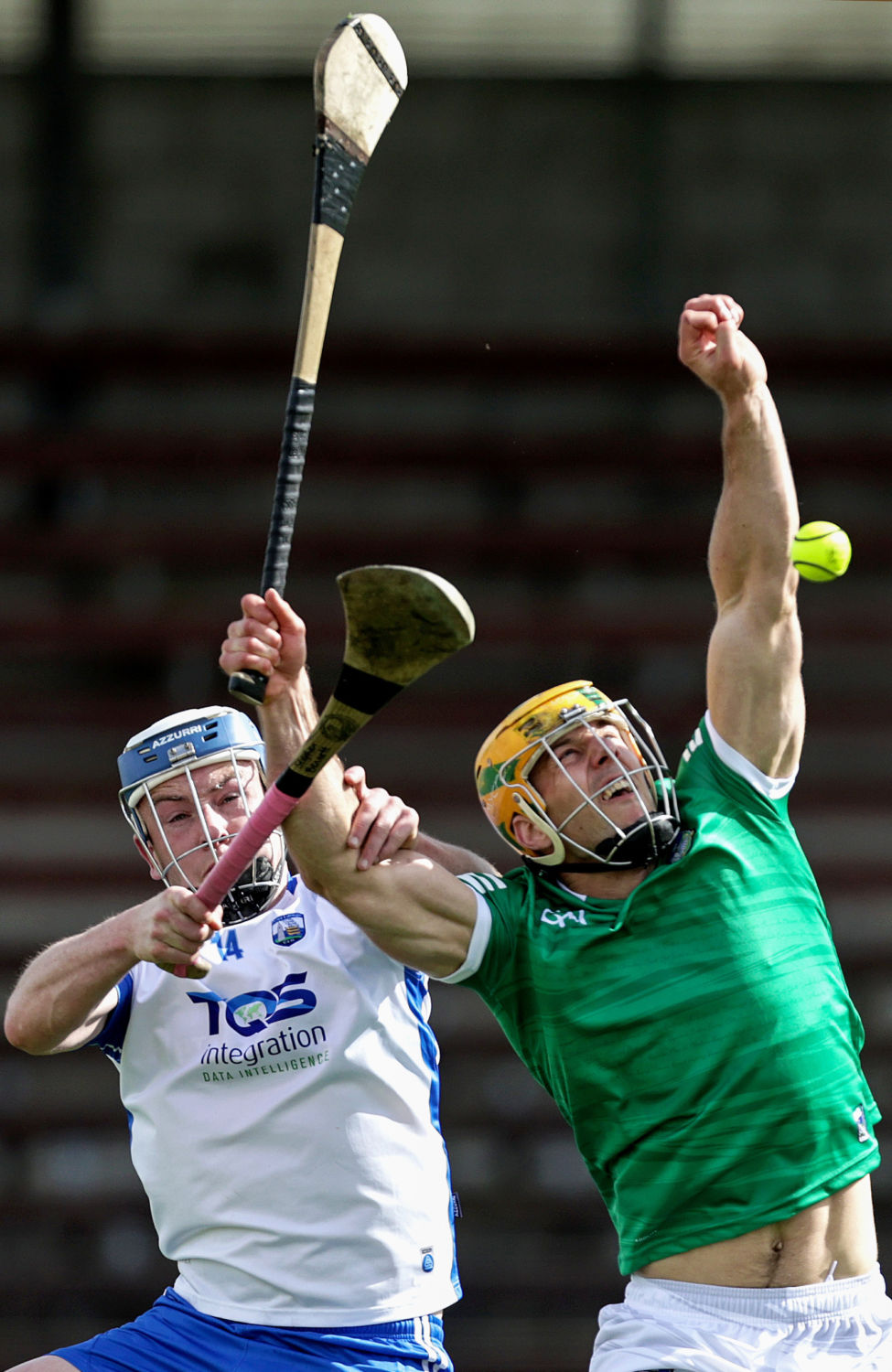 Waterford’s Stephen Bennett and Dan Morrisey of Limerick tussling for the ball during their NHL clash in Walsh Park back in May. They’ll face off again on Saturday in Croke Park. Photo: Inpho.

After Cork’s win over Dublin in Thurles tonight, the times and dates for next weekend’s All-Ireland semi-finals have been confirmed.

After their excellent 4-28 to 2-27 quarter-final win over Tipperary in Pairc Uí Chaoimh this afternoon, Waterford will now take on Munster and All-Ireland champions Limerick, for the third time in the championship in the last nine months in Croke Park on Saturday next at 5pm.

The second semi-final will take place in Croke Park on Sunday next at 3.30pm where Leinster champions Kilkenny will take on Cork, who defeated Dublin by eight points in Thurles tonight.

Minister Jack Chambers confirmed week that there will be 24,000 fans allowed at the semi-finals.

The All-Ireland final will take place on August 22 with a capacity of 40,000.

Full preview of the Waterford v Limerick game as well as a report, reaction and analysis of the win over Tipperary in Tuesday’s Waterford News & Star.