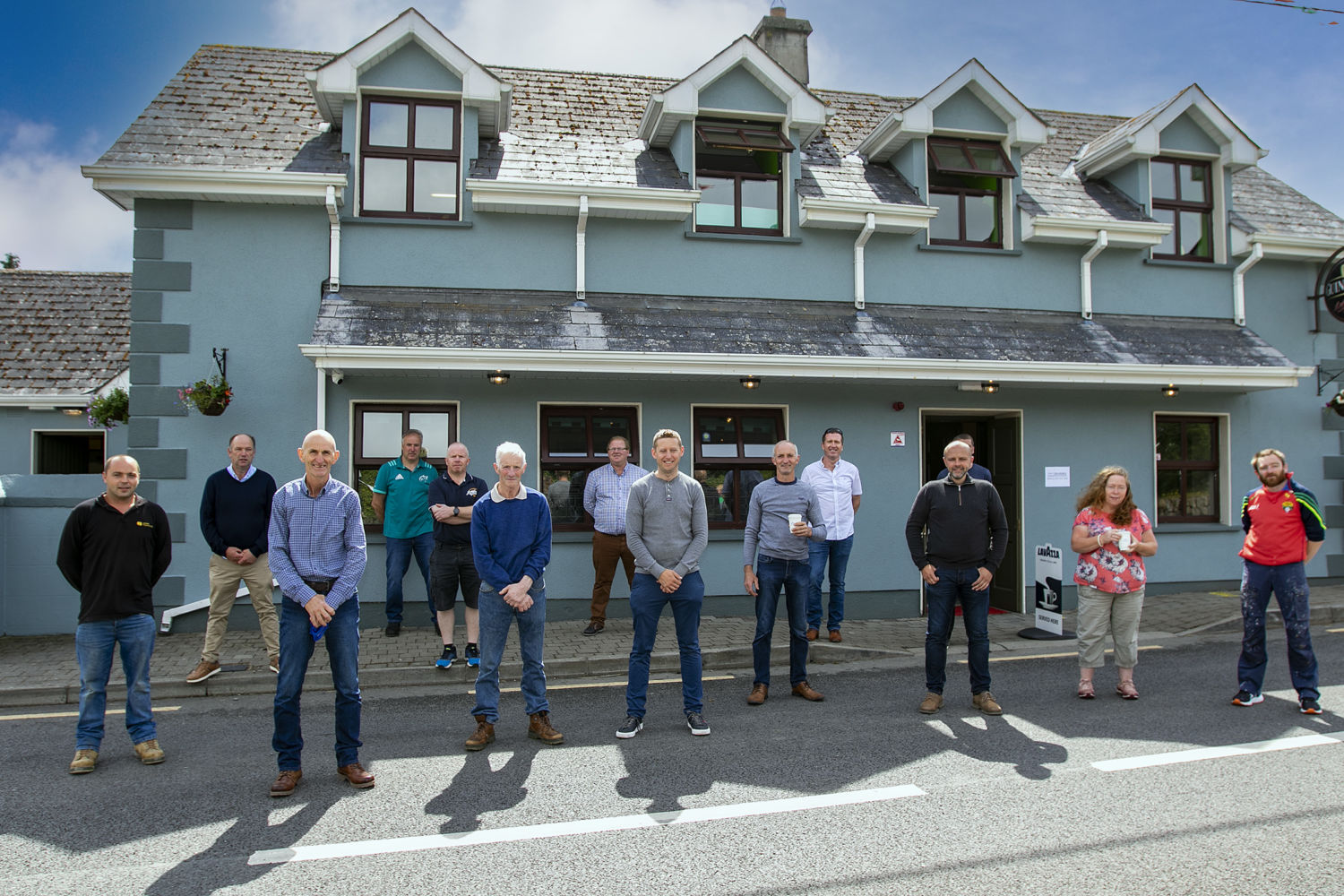 The new owners of The Village Cafe & Bar at Rathgormack pictured on its opening day of business yesterday’
Photos: Joe Evans

THE past month has been a whirlwind of painting, redecorating and publicity for ‘The Village’ Bar & Cafe in Rathgormack, which officially opened its doors yesterday.

The story of 19 locals pitching in €12,000 each to buy both the premises and Maudie Kennedy’s licence has gone nationwide in recent weeks, well and truly putting the village by the Comeraghs on the map.Coffees, teas and snacks went on sale at ‘The Village’ from 10am yesterday morning, with the refurbished bar and lounge serving pints from 3pm. Talk of a good crowd assembling for this afternoon’s All-Ireland Hurling Quarter-Final, in a bar so close to the Déise/Tipp border, was soon flowing as well as the pints.

Amidst an excited buzz outside the pub, syndicate member Stephen Flynn told the Waterford News & Star that the business had got off to a flying start. 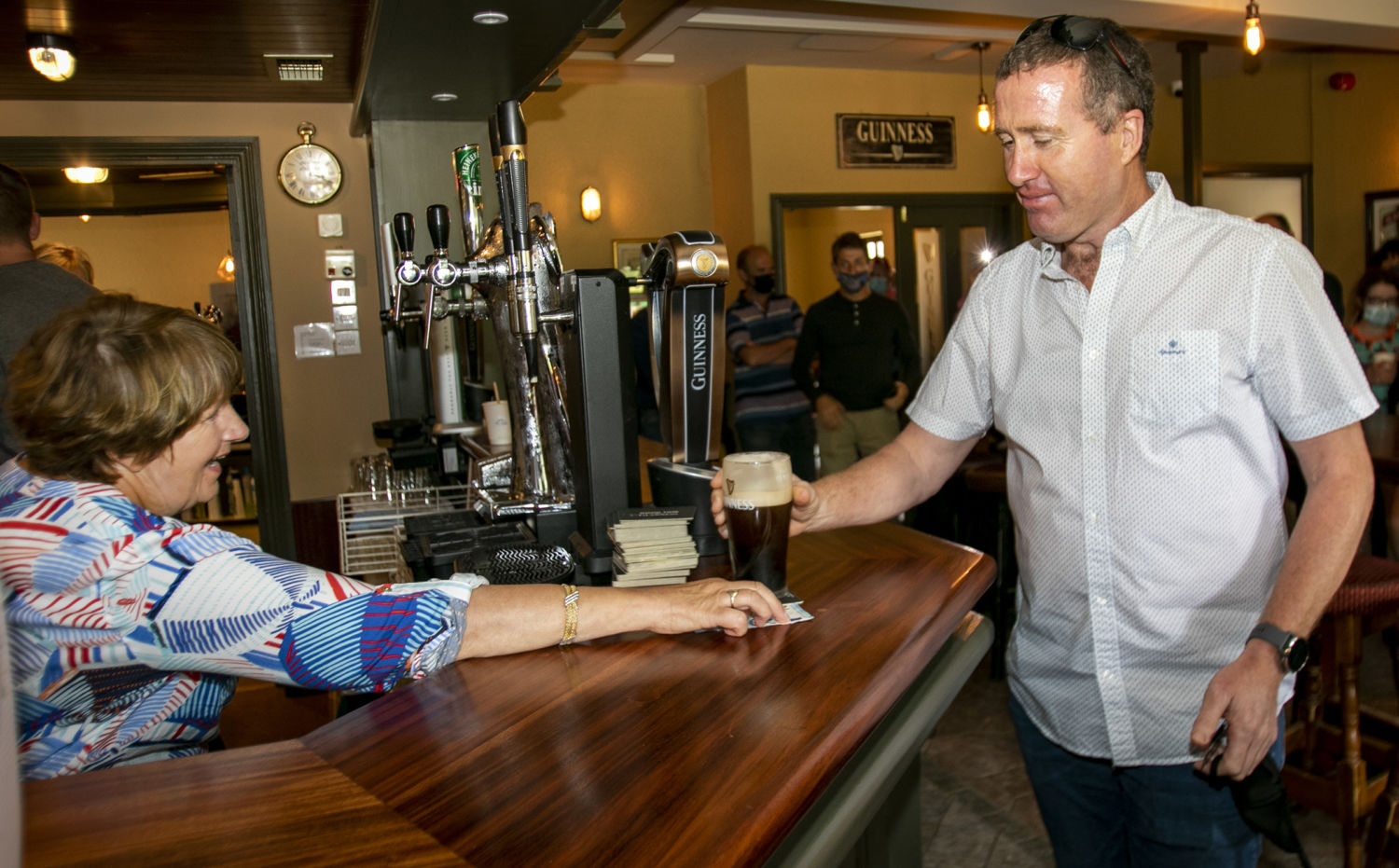 Maudie Kennedy pulling the first pint at The Village for John ‘Pudner’ Murray!

“The coffee shop has done really well this morning,” he said. “We’re after getting great support from locals. But the first two into us were after coming from Wexford who were on their way to the Comeraghs, and that was great to see. We’ve been trying to tie what we have here into something you could visit as part of coming to the area, be it for the mountains, Lough Mohra (literally up the road) and so on. And what we want to do is to offer something different to what was here before while continuing to run the good and friendly house Maudie ran here.”

Speaking on behalf of the Kennedy family, Maudie’s son, Richie thanked the local syndicate who have taken on the business that Maudie, who lives directly across the road, had run for over five decades.

“It was no huge secret that the pub had been sitting here for the last couple of years and that we were looking to move it on. Luckily the lads came in and got involved – it’s all community-driven. For Maudie, it’s great to be across the road and see what’s been done and all the lads that are involved. And from a family point of view… there’s a sense of safety in terms of the people she is surrounded by now are the people who are important to her. That means a lot to her and it means a lot to us as well.”