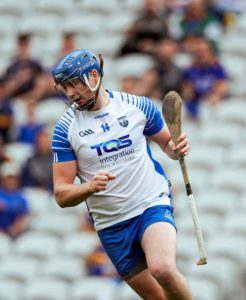 Austin Gleeson, who produced a performance for the ages at Páirc Uí Chaoimh.
Photo: © Inpho/Brian Reilly-Troy

“You must never stand still. You’re either moving upward a little bit or you’re going the other way. You can’t expect to go upward too quickly, but you can sure go down very quickly. The slide down happens in a hurry. Progress comes slowly but steadily if you are patient and prepare diligently.” – John Wooden

STEPHEN O’Keeffe. Conor Gleeson. Tadhg de Búrca. Iarlaith Daly. Pauric Mahony. Barely 12 months ago, had one suggested Waterford would beat Tipperary in the Championship without any of the aforementioned, more than a few eyebrows would have been raised.

Step forward Shaun O’Brien, Shane McNulty, the redeployed Shane Bennett along with the outstanding Peter Hogan and Jack Prendergast. And throw in the superb contributions of substitutes Neil Montgomery and Michael Kiely to boot.

Under Liam Cahill in 2020, Waterford found an extra gear. In 2021, they have engineered a completely new one. They have refused to stand still and roundly entertained us in the process. Method? Yes. Pace? In abundance. Swashbuckling? Put an air to this group’s hurling and they’d sell out La Scala.

On successive Saturdays, Waterford have defeated Galway and Tipperary, outgunning both by an astonishing 5-58 to 5-48 aggregate.

In non-trophy winning terms, the past week must rank as one of the greatest ever put down by a senior hurling team sent out to represent this county. The prize? All-conquering Limerick in an All-Ireland semi-final with a six-day turnaround. But let’s face it: when you lose first day out in Munster, the path to Croke Park can only be littered with landmines.

But by God, Waterford have swept them up well over three successive weekends, weathering late storms provided by Laois, Galway and Tipperary during a white-knuckle trilogy which proved as stressful as it did joyous.

From a match reporting perspective, yesterday’s spellbinding encounter was busy to the point of dizzying. Scores rained over and the under crossbar quicker than a Love Island ‘relationship’.

A crowd which, in decades to come, will surely have inflated itself into the tens of thousands, felt the stress of the three-hour drive into Cork dissolve during a match with drama levels bordering on hallucinogenic. Munster and the All Blacks in ’78 had nothing on this.

In the recent summer match-ups between these counties, Waterford had rarely laid a glove on Tipp. Since the Déise’s last Championship win over the Premier back in 2008, Tipperary had won seven out of eight fixtures, recording an average winning margin of almost 12 points. They’d also out-goaled Waterford by 25 to 5 over that octet of outings. 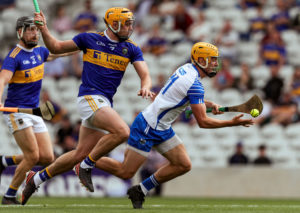 But there was a palpable sense in the build-up to this latest meeting of the neighbours that Cahill’s Waterford wouldn’t be swept away by Sheedy’s Tipperary, that a real contest was in store. And boy, did we get one during a match which at times bordered on the miraculous.

The value of an imposing opening has clearly been made plain time and time again by Liam Cahill, Mikey Bevans, Stephen Frampton and Tom Feeney – and those strong starts have proven pivotal over the past two weekends. More of the same will be essential next Saturday at Headquarters.

To have the half-back line and midfield run up 10 points from play was a cornerstone to this Waterford success. Jamie Barron has retained his All-Star winning form of last Winter while Peter Hogan continues to develop as an outstanding centre-field partner.

Minus de Búrca and Daly, Shane Bennett has settled into his new centre-back role in double quick time, with the line he now forms with brother Kieran and the rangy Calum Lyons honouring Waterford’s tradition in that sector.

A relatively inexperienced Championship back four will only improve with further game time together with Shaun O’Brien’s agility showcased to game-turning effect yesterday. Conor Prunty recovered superbly in the face of two Seamus Callanan sucker punches in a bizarre minute’s hurling. That Callanan was subsequently benched underlined how well the Abbeyside man did at full-back.

In attack, it proved a day full of superlative displays, with three starting players ending the match with 1-3, while Neil Montgomery produced 1-2 as a ‘finisher’; his stoppage time goal easing Waterford nerves given how well Tipp has rallied.

Austin Gleeson may never have hurled better for Waterford, brilliantly finishing off an intricate 11th minute move for his side’s opening goal, converting two sideline cuts and subtly assisting his team mates more than once. In his post-match comments, Liam Cahill referred to Gleeson’s growing maturity, which in turn was evidenced by Gleeson himself during his ‘Saturday Game’ interview. 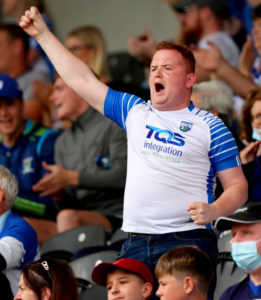 Stephen Bennett, who didn’t score from play until the 41st minute (which on any other day would surely have been a concern) proved a brilliant link man at times and dispatched his penalty with great authority.

As for the penalty? Having watched it back a few times, nothing too conclusive emerged from my perspective, yet no-one was better positioned to make the call than Colm Lyons himself. Jack Prendergast, once again, ran himself into the ground and while Patrick Curran would have loved to register more than one point, his link play in the build-up to Dessie Hutchinson’s 22nd minute goal proved a vital contribution.

As for Dessie? What a tussle he enjoyed with Cathal Barrett in what proved the highlight head-to-head of an absorbing afternoon. The Ballygunner man has improved with every outing and his 1-3 bodes well for next Saturday evening, where Waterford will surely need him at his very best.

As was the case against both Laois and Galway, Waterford never showed any visible signs of panic and bolted for the finish line courtesy of some vital scores in additional time, including 1-1 from Montgomery and the final point of the day from Colin Dunford.

The Waterford bench more than played its part once more, with Michael Kiely tagging on two points while also releasing Austin Gleeson in the move that led to the Déise’s penalty. Kiely, such an imposing talent at underage level, looks set for a huge future in the senior grade.

Cork, Kilkenny, Clare, Galway and Tipperary have all been beaten during Liam Cahill’s Championship tenure. And while overcoming Limerick will not guarantee a long-awaited All-Ireland crown, it would deliver a ‘Grand Slam’ of sorts for Cahill’s men – and another shot at hurling immortality. Waterford must keep moving upward – and it’s within them to do just that. 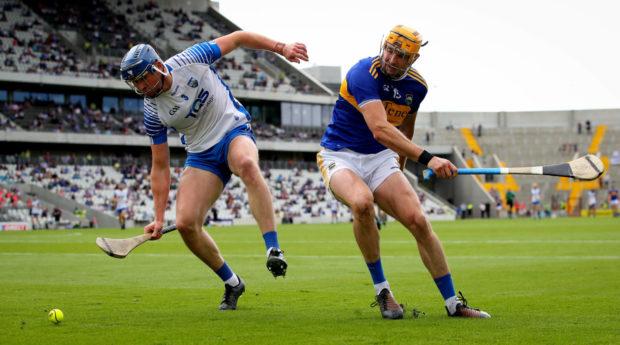