WITH the announcement that not only have they expanded in Waterford city, but also to Dunmore East, Seagull Bakery have announced ambitious plans to expand their bakery in Tramore and to reimagine the Tramore shop. Many will remember seeing Sarah at the market on Priest’s Road in Tramore as far back as 2004 when sourdough bread was still a relatively new concept locally. Her workspace was her kitchen at home, with her toddler at her feet, and the table filled with experimental recipes for sourdough bread and pastries. 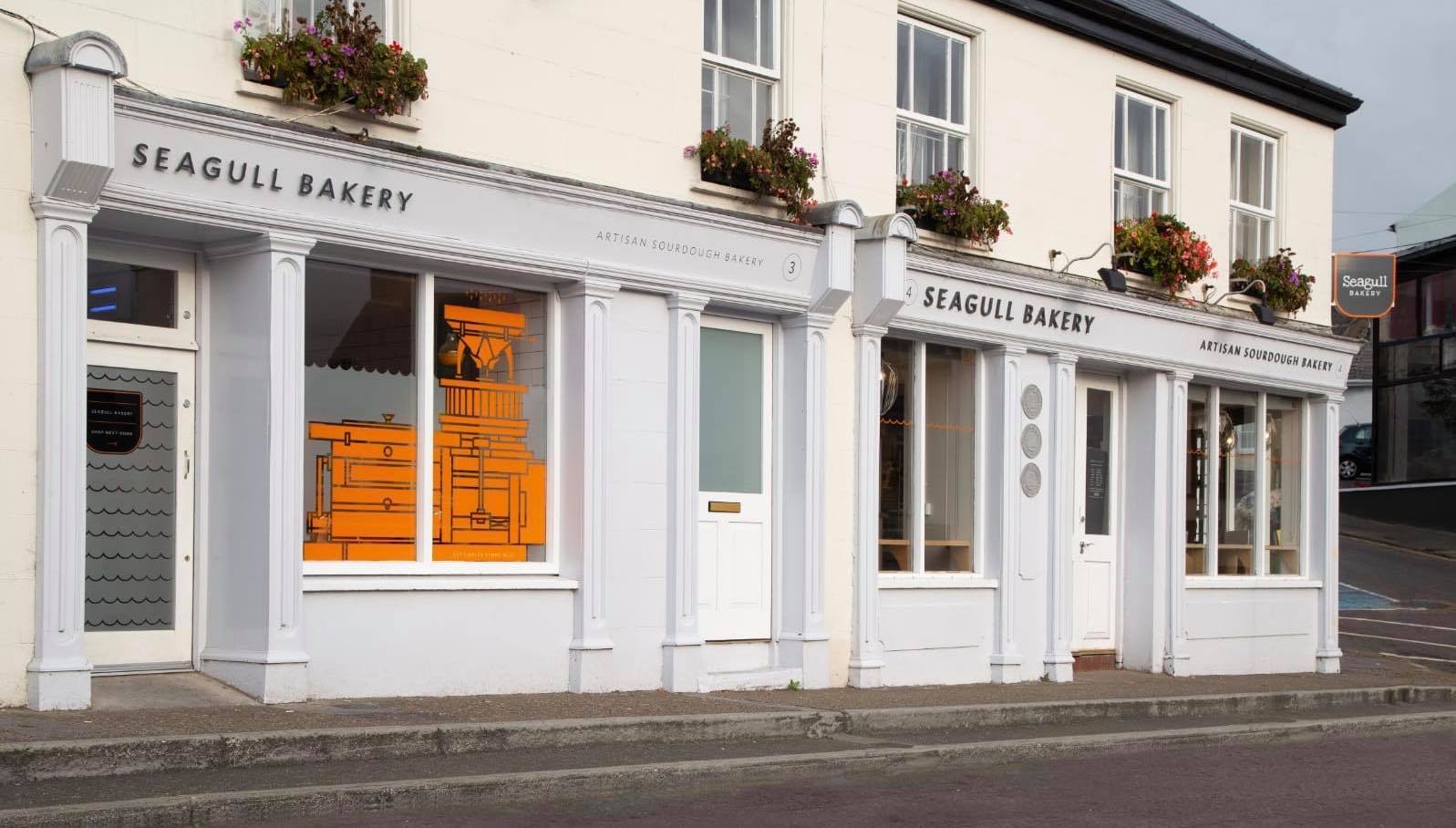 Demand for her produce grew, the queues of customers trailed along the footpath on Priest’s Road and the business expanded, along the rapidly evolving tastebuds of Tramore. Today, the business operates from its central hub on Broad Street in Tramore, with new shops in Waterford city and in Dunmore East.
The business that was imagined back in 2004 now employs 25 people, including the toddler who is now 18 years of age. A new bakery premises is set to open in Riverstown Industrial Estate which will allow for an expansion of the range on offer, and it will free up some of the kitchen space in the Tramore shop. A very important part of this gradual, organic expansion was the support within Tramore as local restaurants offered soup and seagull bread, local word of mouth solidified an already glowing reputation, and local people arrived on Saturday mornings for Cruffins, or bread, or their signature cinnamon pastry.
Announcing this exciting new development for Seagull Bakery, Sarah, Conor and all of the Seagull team said “as much as we loved the bee hive like feeling in the mornings, it had become too challenging to meet demand in such a small space. We have you, our loyal customers to thank for the continued growth of Seagull Bakery.”
The team are already looking ahead to revitalising and reimagining the Tramore shop by adding a selection of bio-dynamic and organic natural wines, vegan and fermented foods, a range of fine cheeses, charcutuerie, toasties and a new coffee hatch with seating.
Such a strong vision for the future adds to Tramore’s rapidly developing reputation as a top foodie destination in Ireland. Award-winning local produce is available in Mezze, Unbeetable food, Cove Stores, the Pier Café, The Coastguard station, the Beach House and more. While the Vee Bistro, the Ranch, Brooklyn, Moe’s, The Shack, Tom’s Kitchen, and so many more restaurants and cafés offer locally sourced food with an emphasis on quality and experience. There is a veritable wealth of gourmet offerings in the town, whether your intention is salty fish and chips by the sea, or wholesome family food, meaning the popular seaside town has long left behind its reputation as a lively town for just the summer months, and it has become a town with continued growth and success based on its global thinking on a local level.