View from the Green Room: Pay up… it’s the law! 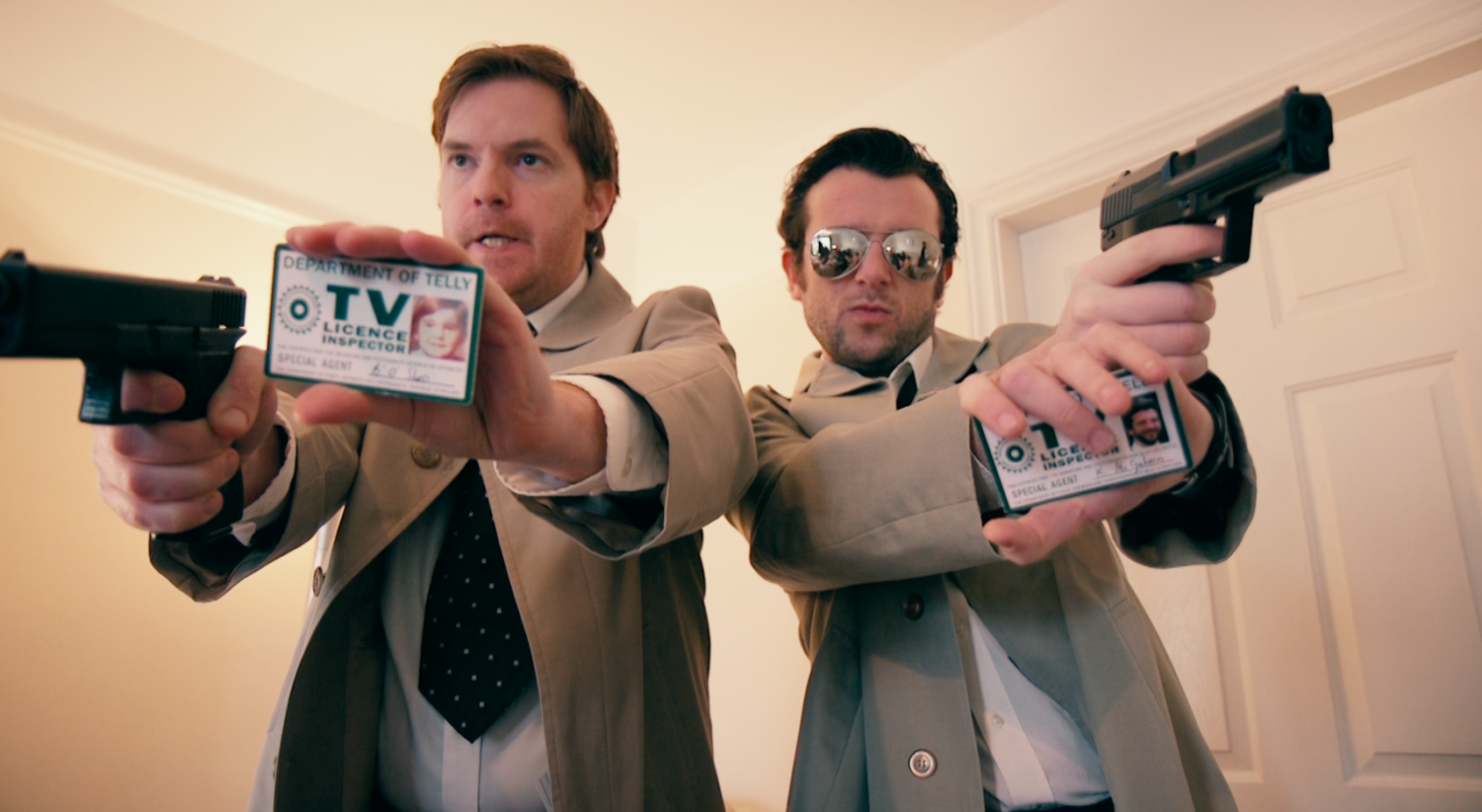 IF there’s one bill I absolutely hate paying, it’s the RTE TV Licence Fee. It’s like going into a café, ordering coffee and being told that you have to pay for the tea as well. It’s simple really and for simple-minded-folk like your humble correspondent, I’ll spell it out in simple language: if the café didn’t sell tea, it couldn’t open. And then you couldn’t have the coffee. See? Simple! So pay, up; it’s the law as RTE’s free advertisement on RTE constantly tells us.

I rarely watch the channel. I record the news and skip quickly on past all the faux-concern of faux-politicians that we must entertain because a government politician has been on to explain the usually blindingly-obvious. Róisín Shortall’s furrowed brow of concern (once a junior minister in Health for 18 months btw), Boyd-Barrett’s anguished angst, Healy-Ray’s grand grandstanding et al must all then appear to comment on the same issue. For equality of access, don’t-ye-know-now. What could be expressed in a tweet takes a correspondent, a government spokesman and three fringe-whinge-party-activists an account the length of a Bible. It’s enough to make you want to shave your eyebrows off! There are so many repeats of the main headlines in the hour-long-news-fest that it feels as repetitive as the Angelus with that same ding-dong appeal.  And that’s it.

Apart from Lyric FM which remains a joy.

‘Remember those ads with the squiggly aerials sitting on top of what looked like ice-cream sellers? The awful truth is that they didn’t exist!’

For over a month, now, I’ve been getting reminders that the licence must be paid because ‘it’s the law’. There’s a €1,000 penalty for failing to pay the annual €160 bail-out for RTE’s overpaid and, apparently, can’t-be-replaced home-grown stars in case they head off to sunnier climbs in exotic places such as Yorkshire TV or Dundee Digital. When retirement comes for these titans of broadcasting, they immediately book a slot on Tub’s Late Latte offering their services to some independent broadcaster who might feel ‘they still have something to offer’. Like. I don’t care how good these stars think they are; there’s probably an eight-year-old kid on YouTube doing it better because so much of what RTE has on offer is shallower than a postcard. 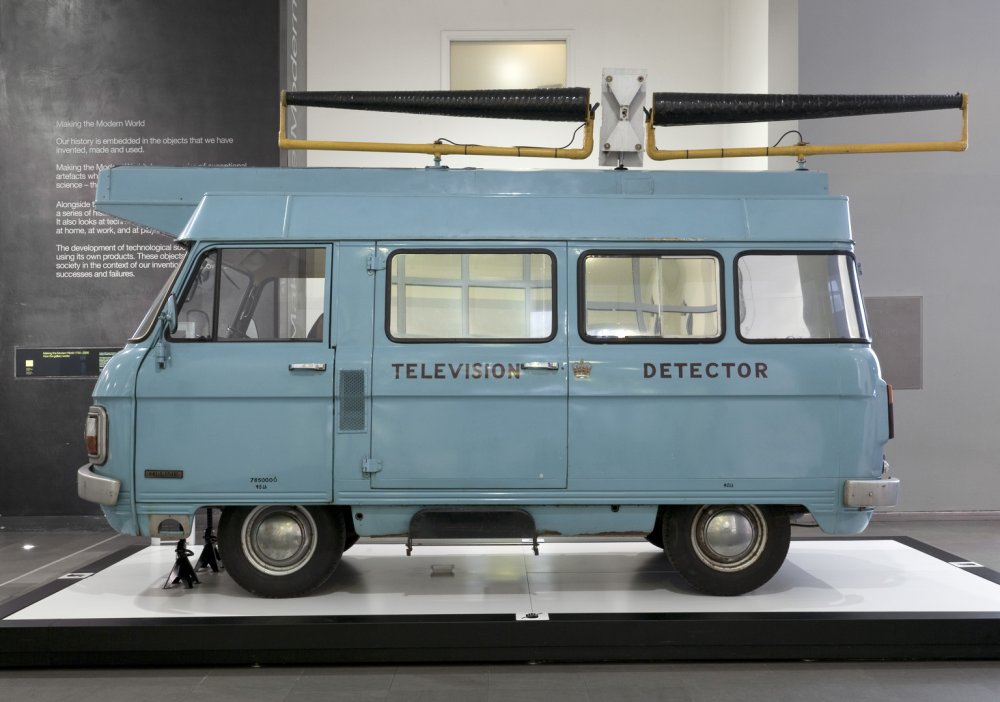 The licence warning ads threaten us that you could even have a visit from the dreaded tv licence inspector who – without as much as a by-or-leave or a search warrant from the courts by the way – can apparently enter the old homestead and declare any apparatus a TV because it has some element of connectivity.  And then a staycation in the Mountjoy B&B after your left leg has also been amputated because of your non-compliance.

Still, the ‘it’s the law’ campaign of today is some distance from the ads of yesteryear that sported vans testing areas for TV spongers. Remember those ads with the squiggly aerials sitting on top of what looked like ice-cream sellers? The awful truth is that they didn’t exist. There were no such detecting vans. Ever! There was no special equipment to detect whether you were watching a TV and whether TV radiation was being emitted from deep in your living room corner. The vans and the aerials were no more than a bogey-man device to frighten us into paying the licence and into getting the kids off to bed early because the licence man might come in and take them and the telly away. Nobody actually believed in them. Except RTE, of course. And the kids.

Civilisation, as we know it, will cease to be if we don’t stomp up with our annual telly-tax because, as the daily warnings remind us, our “licence fee supports quality news, documentaries and entertainment from our Public Service Broadcasters”.

And I’m not too enamoured at RTE’S latest plans to implement a tax on digital broadcasting companies such as Netflix, Sky, Amazon and Disney etc. in its attempt to provide more funding for original Irish productions. Representatives from RTÉ, TG4, Sky Ireland and Virgin Media recently appeared before an Oireachtas media committee to discuss the Online Safety and Media Regulation Bill with a demand that this new bill should also seek to regulate video-on-demand services in Ireland. The argument is that media service providers like Netflix target Irish audiences but have “no obligation to invest in Irish content” and should, therefore, pay some form of levy i.e. tax. Irish people could then be double taxed for their TV and streaming services by paying an annual licence fee of €160 and a further levy/tax to a company such as Netflix that would then forward to RTE – minus collection, administration and accounting fees. Everyone’s a winner… whoppeee! Well… except for the consumer. Of course.

As for the annual non-compliance whinge-fest and demand for an annual increase in the licence fee/tax, RTE would only blow it anyway if they got it all.