CONSERVATION efforts continue at the West Waterford medieval parish church of Knockboy, with the discovery of a 9th Ogham stone last week by stone mason, Tom Pollard. The most recent discovery is a smaller stone than the others which have been found but the letters are distinctive. Ogham, Ireland’s earliest form of writing, typically dates from around the 4th and 5th century and the system of notches and lines represent the sounds of an early form of the Irish language. 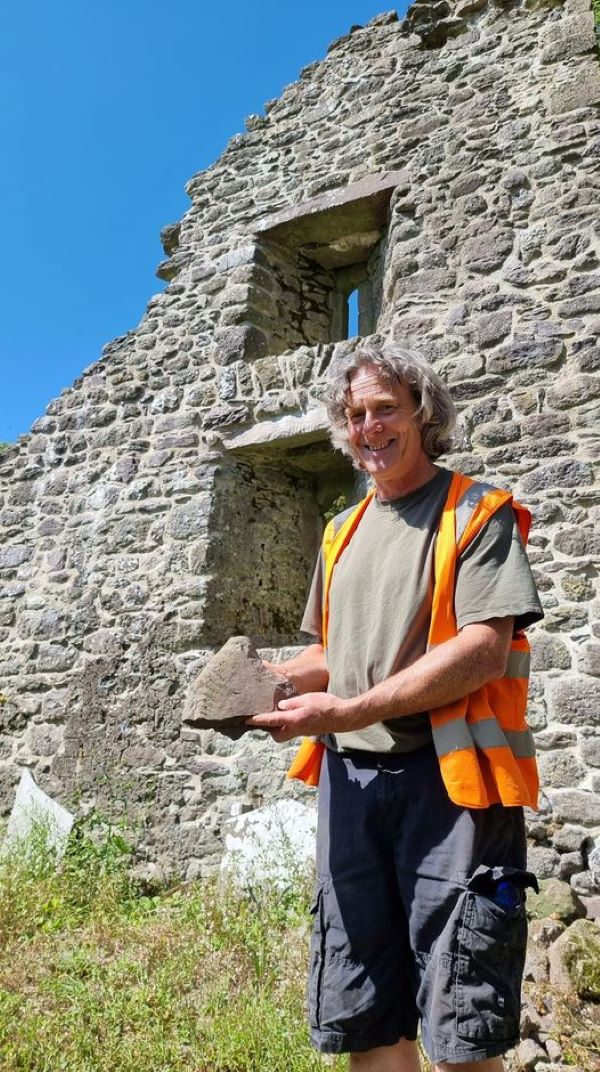 Knockboy Church is unusual in having a number of Ogham stones incorporated into prominent places such as above the windows. The church is thought to be dated from around the 14th or 15th century.

Among those carrying out the conservation work on the medieval church are archaeologist Dave Pollock, stone mason Tom Pollard and team, and conservation architect James Powell. This work is supported by the local community Knockboy/Seskinan Conservation project, Dr. Nora White, Bernadette Guest of Waterford City & County Council, funding from the National Monuments Service – Archaeology and Department of Housing, Local Government and Heritage through the Community Monuments Fund and The Heritage Council through the Adopt A Monument Scheme.

Their combined efforts ensure that Knockboy Church, a medieval treasure in our midst, will not be lost.