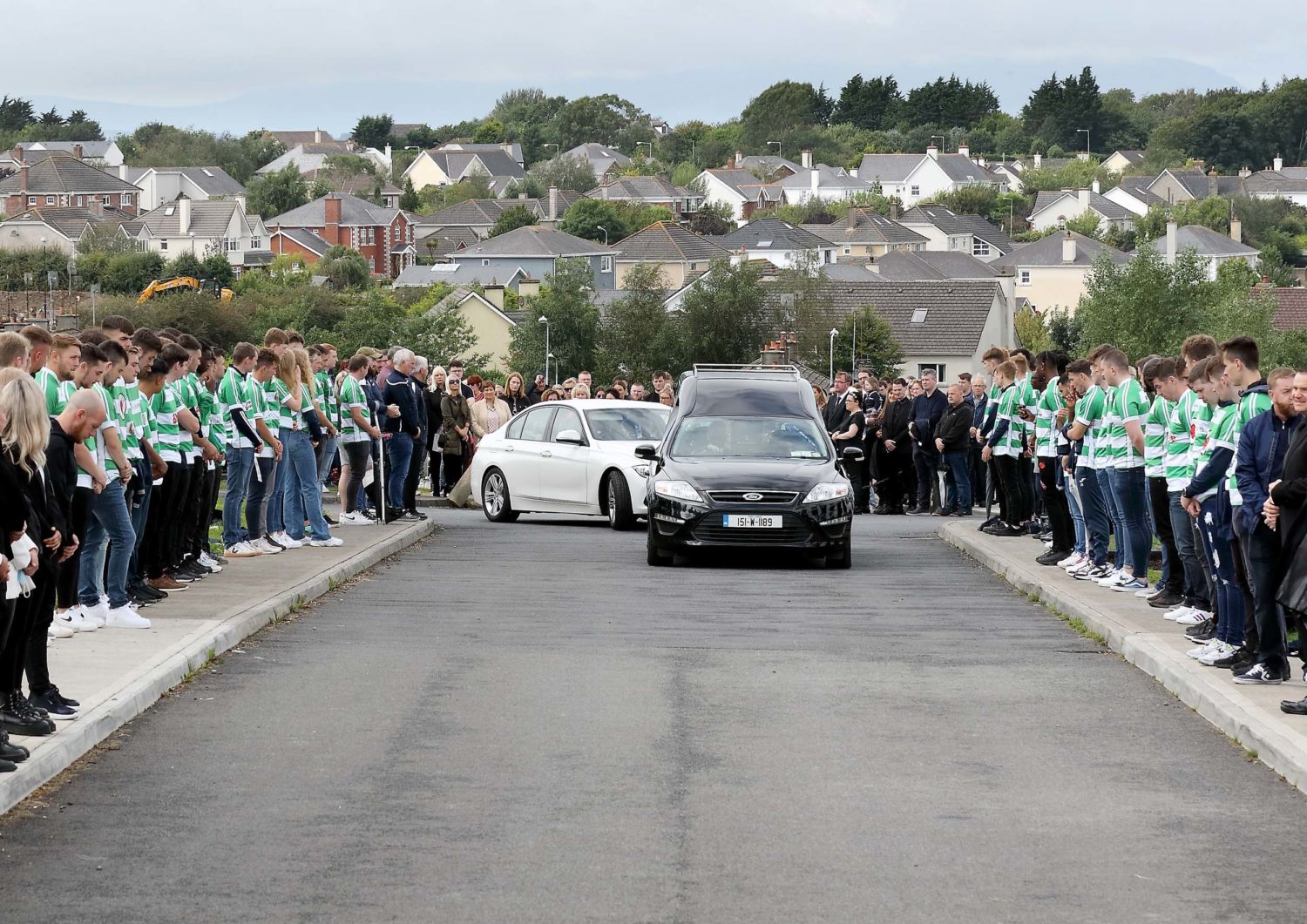 THE Liverpool anthem ‘You’ll Never Walk Alone’ echoed around St Mary’s Cemetery, Ballygunner, this afternoon as a community united in solidarity with the heartbroken family of Roy Butler, who was laid to rest at the age of 23, with spontaneous applause breaking out at the song’s end.

Beforehand, hundreds paid their respects outside St John’s Church as Roy’s funeral Mass, which was celebrated by Fr Tom Rogers heard how the Cork Road native was a much loved son, brother, and friend, who had massive impact on the lives of others.

In his homily, Fr Rogers said: “I’m very conscious to Roy’s immediate family and friends here in the Church, and outside, that a funeral Mass can be a bit of a blur because our minds are everywhere, and our minds are with Roy.

“Maybe it’s an opportunity as we gather as a community, to remember Roy. He obviously had an influence on the lives of so many, and you can see by the photos, that he was the life and soul of those around him.”

His close friends Glenn Simpson and Shane Wyse paid tribute to their friend, before his cousin Sean Harte also paid a personal tribute on behalf of Roy’s parents Martin and Angela and brother Aaron, to an emotional ovation from those inside and outside.

Music was provided by Sarah Jane Lavery accompanied by Catherine Power, with Roy’s favourite Elvis song ‘Suspicious Minds’ played as he was carried shoulder high from the church.

As Roy’s funeral cortege made its final journey to his resting place, it passed his house at O’Reilly Road where neighbours walked side by side with the hearse as it made its way up the narrow road, before fans lined both sides of the RSC in a poignant moment as they applauded a life-long fan and former player.

His devastated Villa FC teammates, and many friends, provided a guard of honour at the graveside as his family and the wider community bid a final heartbreaking farewell to a popular and much loved young man.

With the support of the Roy’s parents and brother, the Waterford News & Star will have a full tribute to Roy’s life in Tuesday’s printed edition. May he rest in peace.