Editorial: Facts are all that matter 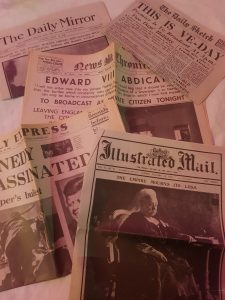 WORDS attributed to New York Times reporter Herbert Matthews resonate as loudly today in 2021 as they did when first published 50 years ago.

“A journalist who writes truthfully what he sees and knows on a given day is writing for posterity. The scepticism and criticisms that I met during the Spanish conflict (that country’s Civil War, 1936-39) made me feel at times that I was working more for the historical record than for the daily reader.”

A worrying trend of the past decade has been the escalating, downright nasty approach adopted by a cohort of the population who appear to be annoyed by, well, absolutely everything.

Such people, generally using social media as their primary platform, believe that the traditional media and its newer online iteration is in constant cahoots with governments and agenda-setting billionaires the world over.

In other words, that we, the media, are working on the promotion of falsehood and distortion at the behest of shadowy figures with deep pockets.

Considering most people sharing newsroom space regularly disagree on what time the first coffee break of the day ought to be taken, the chances of striking agreement on a planet-wide, multi-media conspiracy feel decidedly long.

Anyone making such claims needs to step away from their laptop or smartphone, go for a walk and stop paying attention to online goons who thrive on the promotion of distortion, hyperbole and lies.

The attempt to distort inarguable truths was a cornerstone of the Leave platform during the 2016 Brexit Referendum campaign in the United Kingdom, which was shamefully promoted by newspapers such as The Daily Telegraph and Daily Mail.

“Alternative facts” were tub-thumped by Kellyanne Conway just days into the presidency of her then boss Donald Trump when speaking about crowd size at his inauguration in Washington. 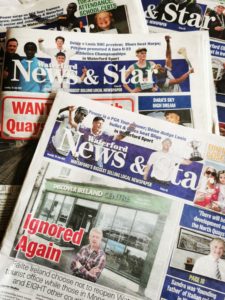 That and a great deal of other nonsense had been promoted by TV networks the world over prior to Trump’s election due to the ratings his rant and lie-filled rallies attracted while running for office. And since the January 6 riot at the US Capitol in Washington, it’s still going on among several networks, whose political leanings couldn’t be clearer at this stage.

People who clearly don’t read newspapers regularly appear to think that we can print whatever the hell we like. We cannot and never have been in such a position. And in this country, given the nature of our defamation laws, we are occasionally in receipt of solicitors’ letters before even printing a single word about a certain story.

And while we are obliged to consider the legal framework we have to work within, the over-riding concern of any Editor is his/her obligation to the facts: matters that we can fearlessly verify and stand over. These are not considerations that social media trolls spare a second thought to, despite their claims of Constitutional scholardom.

Of his fellow practitioners, veteran BBC reporter John Simpson described journalists as “limited human beings trying to find their way through a dense forest of uncertainty, with the light fading and a deadline approaching fast”.

It might not be sexy to underline that the reporting of established fact remains the central mission statement of any credible publication, but that’s where we’re at. So, Mr and Mrs Troll, stick your conspiracy theories where the sun doesn’t shine. Facts are all that matter to us. They will stand the test of time.