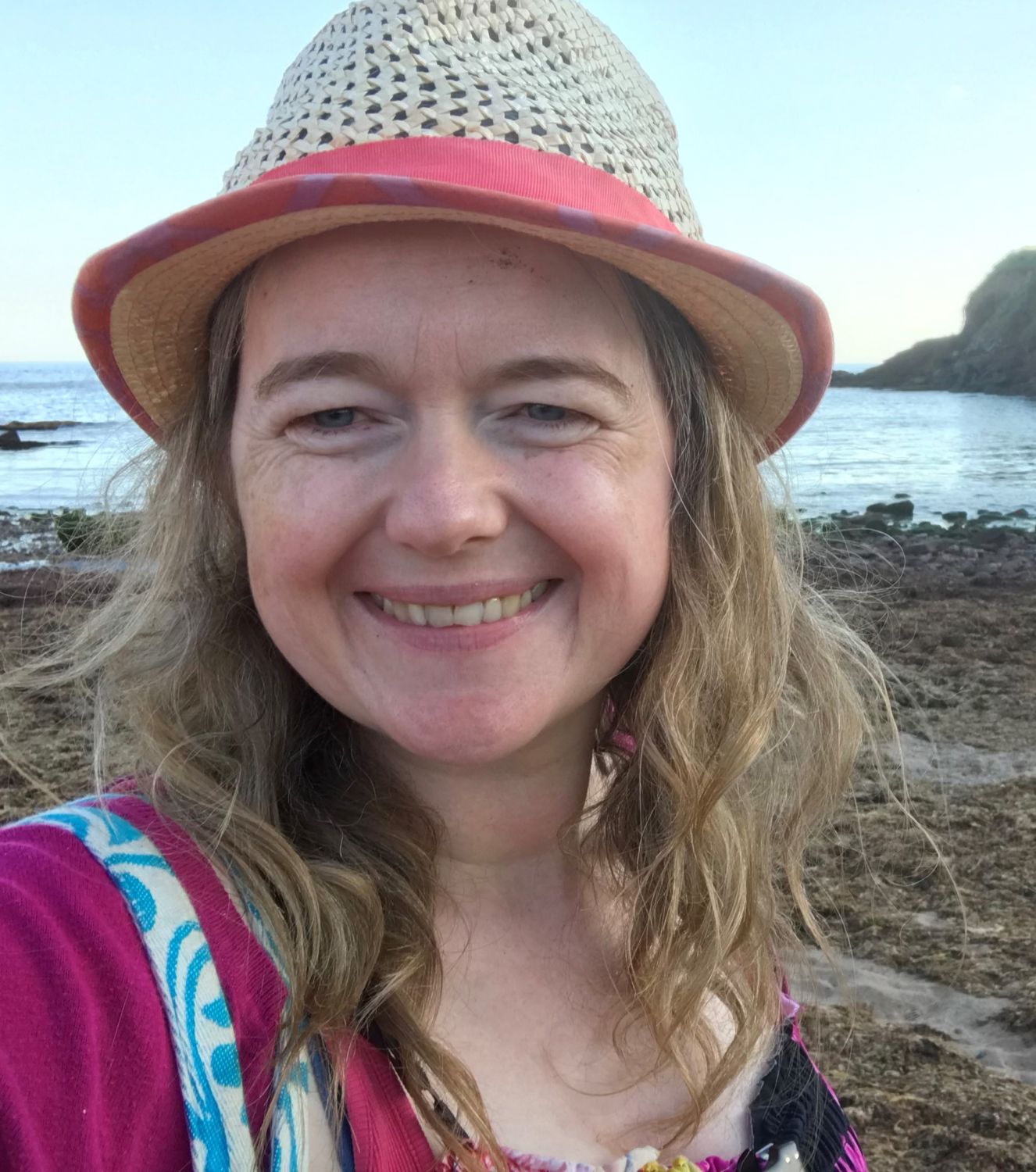 Sinead O’Higgins came to Waterford 21 years ago this month – and she’s never left!

WARMTH and contentment radiated from my phone while speaking to Lady Lane-based librarian Sinead O’Higgins.

A native of Warrenpoint, at the head of Carlingford Lough in County Down, Sinead first arrived in Waterford 21 years ago during the Spraoi Festival – talk about a long weekend!

“I’d just finished studying history up in Trinity which I absolutely adored,” said Sinead. “I’d had four great years in Dublin and really enjoyed my time in Trinity but by the summer of 2000, working two or three jobs, you know, in bars or doing customer service at the end of a phone and so on, Dublin just wasn’t so much fun anymore. So I decided it was time for a change and I went into the FÁS office on D’Olier Street looking for a job or a course, just something different.”

Sinead continued: “Now that particular day, they just happened to be doing interviews for a course in radio production and journalism that was going to be run by FÁS in Waterford, and I took that as a sign – I’d never been in Waterford before.

“My interviewer, a man called Stanley Couch, asked me was I making a serious bid for this course. I assured him I was and he sent me away to write an article. So off I went and by the next week, I’d gotten a place on the course, it was for six months, and I was just delighted to be moving down to Waterford.”

At the time, a roommate of Sinead’s was working for a hostel chain which was linked with the then Viking House Youth Hostel on Coffee House Lane. “I arrived there on Bank Holiday Monday in August 2000 and all the Spraoi acts were there and I couldn’t help thinking ‘God, this Waterford is a great place altogether!’ And I’ve loved Spraoi ever since.”

During the course, Sinead moved into a house on Mall Lane but at no stage during the six months did she suspect that her time in the city would extend all that much beyond that. But stay she did – and happily.

The work placement which followed for Sinead was of natural interest to this reporter: the offices of the Waterford News & Star on Michael Street under Peter Doyle’s editorship.

“It was an add-on from the course and it was great fun with Peter, Marion O’Mara and Gillian O’Neill. It was a really good way to get to know Waterford well in a short space of time. There was a student paper in WIT as well and I wrote for that too, and we helped out with programmes on the Vibe FM radio station and I really enjoyed it.”

A further nine-month placement was also provided via the course at the Waterford City Archives on High Street, where she worked with Donal Moore. “I reckon I was a fortnight in when I realised that a career as an archivist wasn’t for me – it wasn’t as people-focused as I thought it would be. Then a job came up in the local Library Service as a Library Assistant which Donal suggested I should apply for. He helped me with the interview – and I got it!”

Six new staff, including Sinead, joined the library service at the same time, just prior to its temporary relocation to Ballybricken while refurbishment works got underway at Lady Lane. “Right then, I didn’t know if I’d still be in Waterford the following year but I fell in love with the job from the word go, working in the heart of the community, and I’ve been here ever since. It’s always been a very positive, forward-thinking space. I just love it.”

That same year, Sinead moved from Mall Lane to Dunmore East, where she met her partner, Portally-born artist Declan Pierce (“2000 sure was busy!”) with whom she has two daughters, Anna (10) and Ava (6). 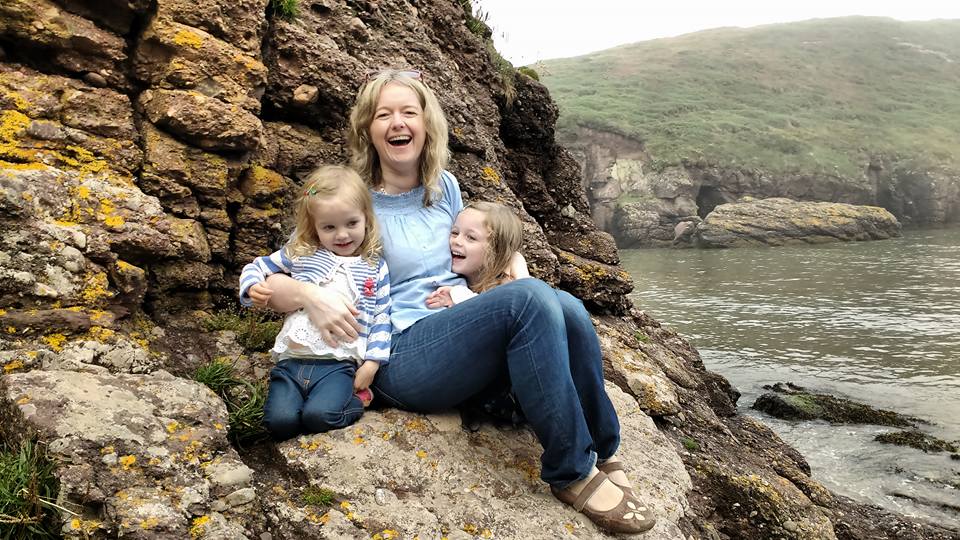 Sinead pictured with her daughters Anna and Ava.

Perhaps it’s no surprise that Sinead has found such satisfaction at the Central Library given how books formed such a happy part of her childhood in Warrenpoint.

“I was an avid library user and an avid reader while I was growing up in Warrenpoint,” she said.

“And the librarian there, Mrs Dinsmore, she was such a pleasant woman. She knew my name; she’d let you take an extra few books if you wanted and she’d direct you towards the new books – she did all the things for me I hope I’m doing for library users today. She created a lovely space for us growing up. It’s funny, I’ve been trying to remember the name of a teacher who made a life-long impact on me and I can’t. But I’ll always remember Mrs Dinsmore and her actions and demeanours. She just loved seeing us come in and immersing ourselves in books and in reading. She really did leave a mark.”

Throughout our conversation, this adopted daughter of the Déise could hardly have proven more enthusiastic about our city and county.

“Oh, Waterford is just such an open and welcoming place,” Sinead beamed. “The arts and cultural communities here are so accessible, to kids in particular. We have such a deep cultural offering – be it SprÓg, Waterford Youth Arts, Music Generation, Towers and Tales and so on – then there’s what Garter Lane, the Theatre Royal, the Museum of Treasures do and of course what we ourselves provide in the library.

“It’s become such a hub of activity – the ‘shush and be quiet’ days of libraries are long in the past, thankfully. It’s just fantastic to be a part of this journey that our service is on, right in the heart of the city.”

Many untold stories remain unwritten for Sinead O’Higgins. No doubt, in time, each and every one of them will be happily penned – and re-read.