DARREN SKELTON: The Pursuit of contentment 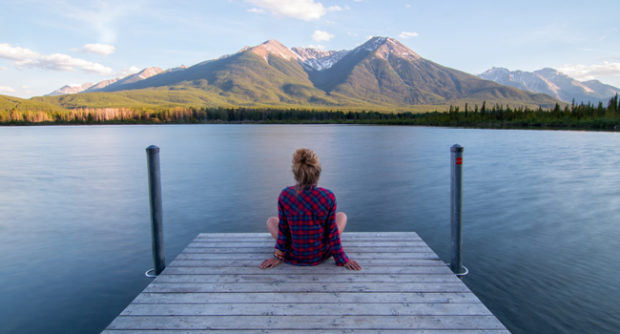 IT’S one of those weeks where I’m having to file this column at the last possible minute because I haven’t a clue what to say. Usually, throughout the course of the week, there’s a rush of words to the front of my brain because I’m pissed off about one thing or another.

Today, this week, words have never felt more futile. In Ireland, in the last 10 days, 12 people have died on our roads, leaving at least 12 families dealing with the most unthinkable grief.

In Waterford, the death of Roy Butler has had a profound effect on the entire city. When someone who is so loving, and so loved, is taken so young, it’s almost impossible to make sense of it.

A dark cloud fell over Waterford last week and it’s hard to see how it can lift. It’s made myself, and no doubt countless others, question everything about where we are on this journey, and how long we have left.

To Roy’s family – Angela, Martin and Aaron, I’m sorry that you’ve lost someone so good, who had so much to offer this world. Everything he was associated with – from the Cork Road to the Villa and all the people he met in between, will be poorer without him. He will never, ever be forgotten.

When a tragedy like this occurs, it makes us all appreciate how fragile life is. We go about our lives, every day, probably worrying about things that we have no control over, and then someone is taken from us and we wonder what we were doing making our days so difficult.

The rest of this column is going to be advice for myself but if anyone else needs to hear it, then all the better.

I wrote a few weeks ago about the merits of locking yourself away in a room away from as many people as possible so you don’t have to live your life in fear of something happening to them. This is an absurd idea, we know it is, but there must be a part of your mind that worries so much about something happening to the people you live that it can almost materialise in some sort of physical pain.

The other thing I have to do, and I’m sure there are others in the same boat, is stop looking everywhere but here and now. I spend so much of my life looking back, worrying about who I was, instead of who I am. Giving myself grief for mistakes I made and downright refusing to cut myself any slack.

If I’m not worried about the past, I’m worried about the future. On any given day, when I get a pain in my arm, or my back or some kind of strange feeling I didn’t have the day before, I think the absolute worst. I spend my life jumping to the worst possible conclusions and all it does is give me stress that probably ends up giving me those weird pains in my limbs.

You see, I’ve never felt that I deserve to be happy. That may sound like the most self-pitying tripe that you’ve ever read but it also happens to be the truth. If I feel any sense of happiness coming over me, I immediately begin to wonder what fresh Hell is going to come along to f**k it up. This is why I’ve stopped this relentless pursuit of happiness and replaced it with a pursuit of contentment. I met a man recently – in his mid-70s – who seemed to be the embodiment of contentment. In fact, he told me as much. He said that his life began when he stopped trying to compete with what he described as “his invisible opponent”.

“I spent too much time worrying about what everyone else was doing, and forgot to live my own life,” he said.

“I used to be angry a lot. In work I was probably a bit of a bollo*ks and if I have any regrets in life, that’s probably it. I took on everyone else’s ineptitude and everyone else’s laziness. I carried everyone else’s burdens and from where I was looking, none of them seemed to have a care in the world. It was only when I stopped looking for faults in other people, that I started to feel better about myself. Now, I smile at everyone and say hello to everyone. If they don’t smile back, that’s their problem, not mine.”

This week has shown us that life is short, so we can’t spend it reliving mistakes we’ve made or worrying about what tomorrow has in store for us.

Be the best person you can, and be thankful when tomorrow comes. That’s it really, isn’t it?