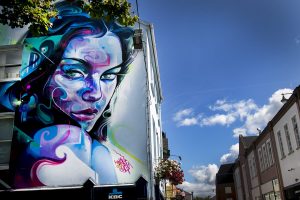 THE ARTS Council has issued a special call to artists, practitioners and arts workers who have never previously received a grant to apply for its Agility Award, which has received a €2.5 million budget boost to ensure wider felt benefits.

The original budget for the Agility Award, introduced as a rapid response to the pandemic, was €5.6 million.

However, with thousands of artists and arts workers facing extraordinary challenges due to the public health restrictions, almost all of this budget was awarded during the first two rounds. So far this year, €5.4m has been awarded to 1153 artists.

The additional funding means that hundreds of artists will receive the grant of up to €5,000 in the coming weeks.

“It has been really inspiring to see the creativity and ambition behind the applications received for the Agility Award,” said Arts Council Director Maureen Kennelly.

“We are delighted to have the opportunity to fund even more applications than originally anticipated, and to be able to broaden our relationship with artists by encouraging applications from any artist or arts worker who may not have been funded previously by the Arts Council.”

The deadline for the award is 5:30pm on Thursday, September 9. The Arts Council is particularly encouraging applications from people who have never been funded previously.

New applicants must register at http://onlineservices.artscouncil.ie/