PHOENIX: The dust off the Blaa! 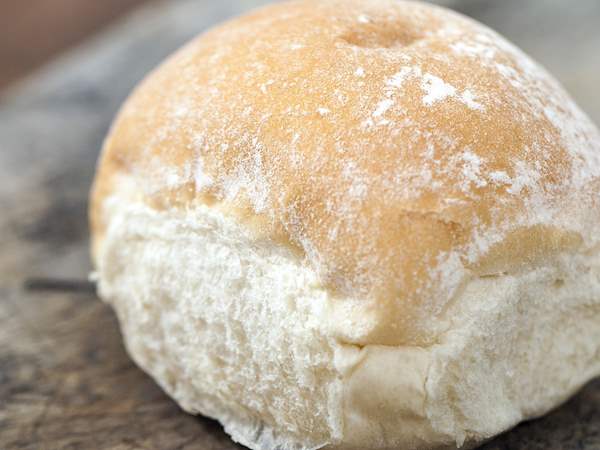 HAVING worked like many people as a youngster in Dublin it’s interesting to see how the place has changed. The level of development in the city is literally awesome, if not actually preposterous. From the IFSC outwards on the Northside, development seems to be everywhere and hugely expensive development at that. No money spared, whether you like the finished product or not. Waterford drivers can smell the Dublin money at Junction 10 on the M7, just after the M9 joins that motorway. The site of the National Children’s Hospital (NCH) should be compulsory viewing for everyone. Local councillors and interest groups should be bussed to the capital to see just what over €2 billion in spending will get you. To walk around the site is jaw dropping, but hey, it’s Dublin, the capital city. They need these ministerial vanity projects.

‘In a properly planned health service this €1.64m theatre would be developed without comment’

In light of the NCH project it was interesting to read that the Comptroller and Auditor General (C&AG) is to examine the spending to date on site works for the proposed new National Maternity Hospital (NMH) at St Vincent’s Hospital. Jennifer Bray reports in the Irish Times that the C&AG, Seamus McCarthy, has said that spending on the project would be examined as part of a forthcoming audit. Mr McCarthy outlined the plans in a letter to Social Democrats co-leader Róisín Shortall, saying that “it is intended to examine the spending on this project”. Ms Shortall wrote to him expressing “serious concerns” about the use of public money. The NMH is due to relocate from Holles Street to St Vincent’s campus but there has been significant political controversy over the plans in recent months.

“In December 2018, the then Government undertook expenditure of an estimated €20 million on a new pharmacy, car park and enabling works at Elm Park, in preparation for the proposed move of the NMH. In the interim, this initial expenditure has risen to in excess of €51 million without obvious further formal approvals, without clarity about the ownership of the site upon which these building works are taking place and, notably, without clarity regarding whether the larger hospital project will proceed or not.”

So €30 million over the odds was just lashed out. The enormous Dept. of Health and HSE structures seem obviously dysfunctional or are either incompetent and care nothing about costs. Except, of course, in places like Waterford where forensic accounting and step by step project management is applied to even the cost of toilet roll holders and lav paper. The NMH was estimated in 2018 to cost €300 million, but the latest departmental estimate is €800 million for build and fit-out. Chew on that for a moment. Eight hundred million euro! One percent of that money would develop the new cath lab and new ophthalmology theatre at UHW. Building costs on state projects within the Pale are out of control.

How the combined weight of all our politicians is not brought to bear on this, to ensure an equitable spread of spending and development across the country, is beyond comprehension.

Last week, local radio reported that the new Ophthalmology Theatre for University Hospital Waterford (UHW), costing €1.64 million budget, has progressed to tender stage. Minister Mary Butler (FF) said that upon completion, this “major health development” will facilitate cataract surgery and other ophthalmic procedures at UHW. The proposed theatre is included in the HSE’s 2021 Capital Plan, and will be built “in a shelled-out area on Level 2 of UHW.”

This allocation will fund all the capital costs associated with the project, including construction, design, equipment and other costs associated with the development. The facility will be significant for older people across Waterford and the South East, says the minister. I absolutely agree with Ms Butler that this is an important development and of great help to many people. It is long overdue and she is to be congratulated on ensuring that it goes ahead. My problem is with the notion, shared by many local politicians, that this “is a major development.” In a properly planned health service this €1.64m theatre would be developed without comment, as would the seven or so million required for the second cath lab. It is almost incredible to think that a six million euro mortuary at UHW was delayed for a decade until the Tánaiste put his foot in the bodily fluids on the floor debacle.

In recent weeks UHW general manager Grace Rothwell told staff in an email that two new floors will be added over the existing OPD to facilitate new Covid procedures and policies. While this is being developed, a two-storey modular unit will be erected in October. Our Darren Skelton reports that this is to be built under emergency Covid related policies and may be exempt from planning and normal tendering procedures. It will be interesting to see the cost of this development. The predicted UHW spend in the HSE National Capital Plan for UHW was risible, the €100,000 in funding for the design of a new acute mental health unit at UHW being particularly offensive. Maybe Ms Butler will bring home real investment with the new Out Patients Department extension?

The Covid emergency fund has hundreds of million to spread around. Let’s see how much finds its way to UHW. The issue being that UHW is the most under resourced Model 4 hospital in the country, with, for instance, only one endoscopy suite, whereas comparable hospitals around the country have three or four such facilities. Are these and many similar deficits being tackled?

The real worry in our city is the level of commercial and other development. Many new houses being built in and around the place, with many more planned, but hardly a brick is being laid on any large commercial project other than Wetherspoons in Broad Street. The SEEM report shows that indicative government spending on capital projects across the South East over the next decade is the second lowest in the state. A real problem.

We see a hundred grand state funding here and a half million there for small and welcome projects. Grants for sports clubs and the arts are very welcome, but our future will be determined by commercial investment. The large project at Bausch and Lomb on the Old Kilmeaden Road is now complete and very fine it looks too. There seems to be some work underway in Sanofi and school extension projects underway in Stephen Street and St Declan’s. Warehouse development is underway at the Airport Business Park. The second cath lab is being built at UHW. Other than that?  We still await any real move on the old and increasingly awful Crystal site at Kilbarry. No new investment has gone into WIT in a decade. A promised new IDA high tech factory unit was to be built but has stalled. The North Quays has an uncertain future. The Department of Transport is welshing on a €350,000 commitment for our airport

There are too many surface car parks like Jenkins Lane, the South Quays, Exchange Street, Bolton Street in the city. One large multi-storey car park in Bolton Street would release the whole quays for amenity development.  Our council tolerates development inertia for years, while towns around this region and elsewhere are adding new developments. Maybe city centre housing is the future?  Unless we shake ourselves, we will lose our place as a city. The Census of Population next year may report that Drogheda has surpassed Waterford in terms of population. What then?