Time Out With Timmy: The magic of the Everly Brothers 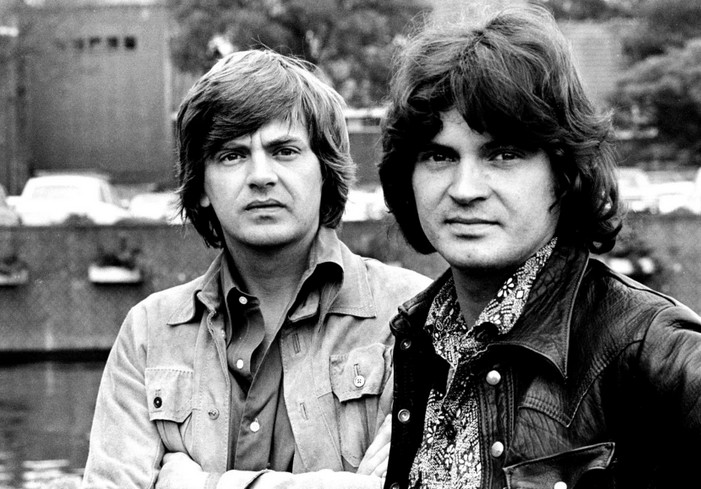 VERY recently I played a song on the radio that I’ve probably only ever spun twice in all the years I’ve been a DJ. The tune was ‘So Sad (To Watch Good Love Go Bad)’ by the Everly Brothers. The following week I received an email complimenting me for playing that particular song as it was rarely heard at all. Sadly, barely one week later, one half of the legendary duo died, the second of the musical brothers to pass away.

Saturday, August 21, Don Everly died at his home in Nashville at the age of 84. I’d only found out, like many others, early Sunday morning but thankfully in time to play a song in his honour on my show.  The choice this time was a particularly sad one, but a nice memory indeed, the tearjerker, ‘Ebony Eyes’.

I first became aware of the Everlys as I got into radio many years back doing oldies shows where hits like ‘Cathy’s Clown’ and ‘Bye Bye Love’ were always popular. I was very taken by one duet Phil Everly, the younger of the brothers, recorded with the great Cliff Richard, ‘She Means Nothing to Me’, which brought them a decent UK chart placing in 1982. It’s only relatively recently though that I began to realise just how highly rated Phil and Don were and the huge influence they were on so many artists that would follow them.

‘The Everly Brothers were among the very first 10 artists inducted into the Rock and Roll Hall of Fame in 1986.’

The mighty Beatles and the phenomenally successful duo Simon & Garfunkel are among the list of those who claimed to have been very much inspired by the Everly Brothers. Jerry Lee Lewis, the ‘Killer’ himself spoke about Don after news of his death broke, “The Everly Brothers are integral to the fabric of American music. With my friend Don’s passing, I am reflective… reflective on a life full of wonderful friends, spectacular music and fond memories. There’s a lot I can say about Don, what he and Phil meant to me both as people and as musicians, but I am going to reflect today.”

Tributes have been paid by many artists including 70’s rock legend Peter Frampton who had this to say, “I am so sad to hear about the loss of Don Everly. Both Phil and Don created songs and harmonies that changed music forever. You will be together again now. RIP Don and Phil.”

A music giant himself and no stranger to writing fantastic songs, Beach Boys great Brian Wilson said, “I’m sad to hear about Don Everly passing. The Everly Brothers were a big influence on us and we learned a lot from their beautiful harmonies. Love & mercy to Don’s family.”

To say that they were good at harmonising and had a number of chart hits would be akin to claiming the Beatles were a pretty decent pop group. In truth, the gifted duo brought so many of the compositions written for them to life thanks to that closeness vocally that probably only very talented brothers can forge, the Gibbs being another example. In the early days, the boys sang with their parents and were known as the Everly family. It didn’t take long for them to be noticed and thanks to Chet Atkins, well known guitarist and performer, they got to record some music, albeit unsuccessfully to begin with.

However, when they were put through the hands of some good songwriters, the brothers began to spread their wings and their career took an upward trajectory. They also got to go on tour with Buddy Holly. They racked up a number of memorable hit records from 1957, including immortals like ‘Wake Up Little Susie’.

Remarkably looking through the lens of modern times, it’s hard to believe this song was controversial because of the suggestion that a young couple might have slept together. Indeed, the single was actually banned by some US radio stations. Part of the offending lyrics went:

“The movie wasn’t so hot
It didn’t have much of a plot
We fell asleep, our goose is cooked
Our reputation is shot.”

As many of their generation did, they served a stint in the military but unfortunately, subsequent years didn’t produce the hit output they had enjoyed. The Everlys decided to call it a day in the early 70’s and announced their final performance was to happen on July 14, 1973, at Knott’s Berry Farm in Buena Park California.

Regrettably, it didn’t go smoothly and a graceful bowing out for the brothers was prevented by on stage tension which culminated in Phil smashing his guitar and leaving Don on his own to finish the concert. The duo was dead in the water and fans would not get the chance to see them perform again for 10 years.  Following the solo paths they had embarked on, they finally reunited at the Royal Albert Hall, London on September 23, 1983, an event which was recorded for a live album.

The Everly Brothers were among the very first 10 artists inducted into the Rock and Roll Hall of Fame in 1986. Neil Young had the honour of introducing the legends and remarked that every musical group he had ever belonged to had tried, and failed, to copy the Everly Brothers’ harmonies. High praise indeed.

They guested with Simon and Garfunkel on their reunion tour, all four legends even singing an Everlys hit together on stage.

Phil died in 2014, something Don admits he found hard to take despite a less than cordial relationship between the two in the latter years. He always expected, as the older sibling, that he would be first to go.

Don claims they never saw eye to eye on politics for one thing and it was purely their wonderful synergy musically that brought them together. Alas, the elder brother has joined him and Don Everly has passed on. I would urge any budding singers or duos to listen to these legends. Thanks to them both for those incredible harmonies.