On a busy day in the JJ Kavanagh & Sons Co. SHC in the race to the News & Star Cup.

The opening game of the day saw defending champions, Ballygunner, make it 40 games in a row unbeaten by overcoming a stubborn Abbeyside side in Walsh Park.

Ballygunner are 40 games unbeaten in the senior ranks of Waterford Hurling.

The Gunners looked to be well in control, 0-13 to 0-6 approaching half-time before Abbeyside inter-county man, Neil Montgomery, found the net to reduce the champion’s advantage to two at the break (0-13 to 1-8).

The sides were level by the 38th minute before Harry Ruddle goaled in the 47th minute to put the Gunners back in the driving seat and by the final whistle they had six to spare over Abbeyside.

The second game of the day also took place in Walsh Park at it was a meeting between Roanmore and Clonea.

It was the city side who started the brightest and by the first water break the men in sky blue led by 0-8 to 0-3.

The crucial score of this game came in the 32nd minute of the opening half when Roanmore attacker, Shane Mackey, found the Clonea net to leave his side leading by 1-11 to 0-7.

It was as you were by the end of the third quarter as Roanmore still held a seven point advantage with the scoreboard reading 1-14 to 0-10.

Try as they did, Clonea couldn’t make any inroads into the Roanmore lead and at the end of the 60 minutes it was the Peter Queally’s city men who picked up their first win of the campaign by eight points. 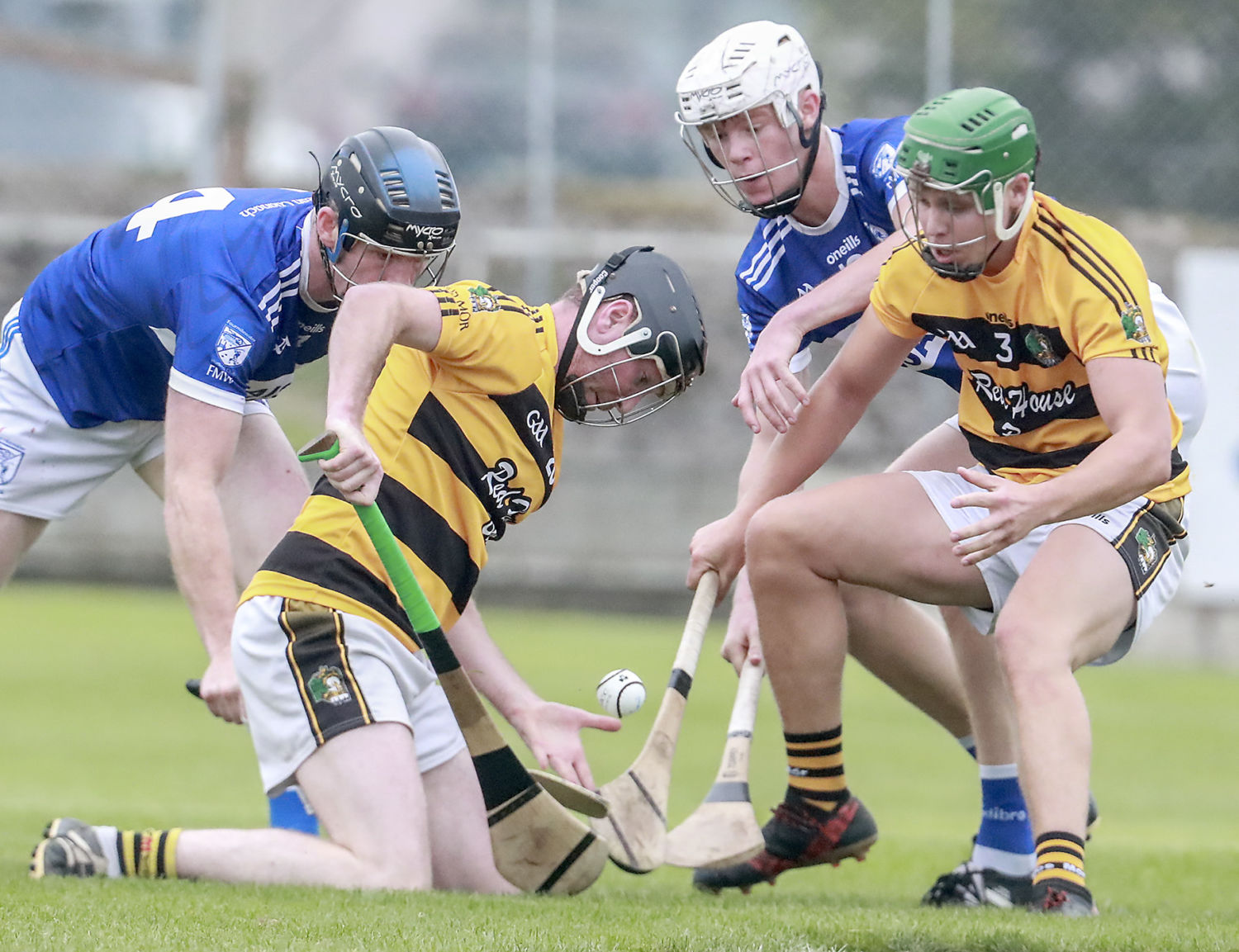 The final game of the day was definitely the pick of the three as Lismore came back from the brink to see off Fourmilewater in Fraher Field.

The drama began early as Thomas O’Gorman was adjudged to have fouled Maurice Shanahan for a penalty and the big Lismore man made no mistake to score the game’s only goal. Despite this the Fourmile men battled back to draw level by the first water break on a score of 1-3 to 0-6.

Whatever Michael Ryan said to his team at the break worked as Fourmile took over on the resumption and by the second water break they led by four on a score of 0-20 to 1-13. That advantage was soon five for the men from the Nire Valley and Lismore looked in trouble but the men in black and amber had other ideas.

With the game in stoppage time the sides were level but there was to be one more twist as Maurice Shanahan grabbed a Ray Barry sideline and scored the winning point much to the delight of the Lismore faithful and to the dismay of the Fourmile contingent. That makes it two wins form two for Lismore, while Fourmilewater will face Tallow next week looking for their second win after they beat Ballysaggart last week and Tallow did the same last night.