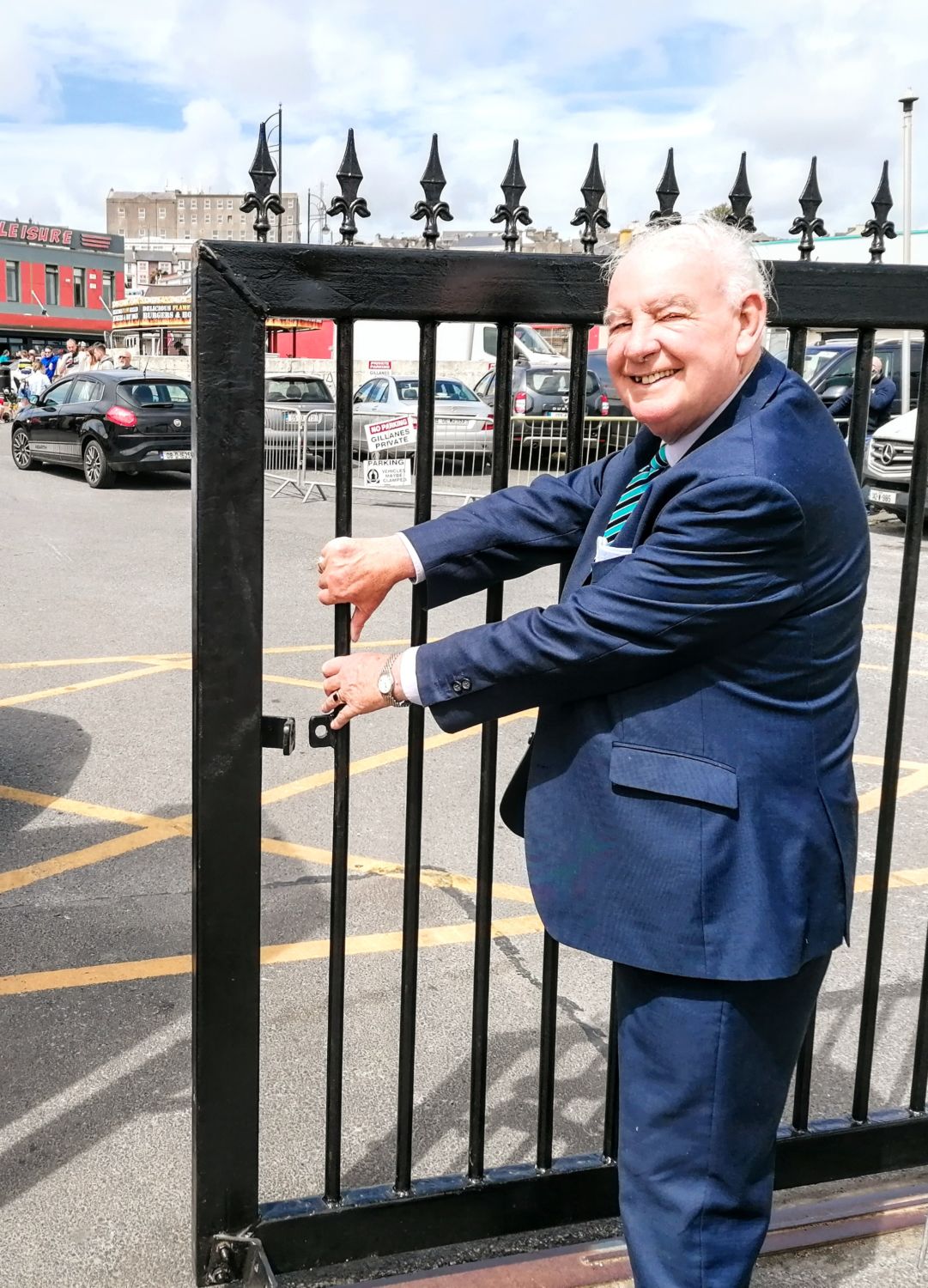 His daughter Anne put it succinctly. “He was intelligent and could have been anything, and in the end, he was everything.”

Frankie’s belief and determination has bequeathed an amazing legacy to Tramore. As long as anyone can remember, Tramore’s quintessential seaside atmosphere was built upon Tramore Amusement Park. The park has provided memories, first starts in jobs, an economic driver, and so much more for the town over decades. And it was Frankie’s doing, Frankie’s vision.

‘He started off as a one-man show who created a brilliant circus. And the best way to honour him will be to take the baton and carry on with the same determination, vision and self-belief he imbued.’

The photo of him that takes centre stage on the front page of this week’s edition of the Waterford News & Star is testament to how professionally Frankie took his role, his standing and his influence. The smile of welcome, the impeccable suit and pocket handkerchief. Frankie knew what he and the town deserved, but he also knew that if you had high expectations, you had to present the best version of yourself for the job.

He was an entrepreneur in the best sense of the word – with community coming first. He needed Tramore and Tramore needed him, and this flourishing, respectful relationship provided the foundations for so much more to grow and develop.

Frankie was a grafter. He started as a mechanic, became a car salesman, later a publican, a politician, a bookmaker, a councillor, senator and finally found his perfect home in the development of Waterford and Tramore tourism. All along the way he made friends and connections. As Anne said, he didn’t do status, “he took everyone at face value”.

Frankie might have been an institution in Tramore, but above all else he was a loyal friend to the town. The end of season parties were not about those who had come and left, they were about giving back locally. He was always grateful, and it was a gratitude returned tenfold by a community who loved and appreciated him.

Waterford has much to learn from Frankie King. He started off as a one-man show who created a brilliant circus. And the best way to honour him will be to take the baton and carry on with the same determination, vision and self-belief he imbued. He was not a founding father of Tramore, he was one man who came along and showed what can be done.

Sadly, this week we also bid farewell to another great Waterford man, whose influence on both education and religion nationally was immense. Monsignor Michael Olden was well grounded in the importance of learning, starting off as a boy in Mount Melleray under the guidance of his own father, Thomas. His verve for academia never waned, rising up the ranks to the prestigious position of President of St Patrick’s College, Maynooth.

Locally, however, he is remembered most significantly for his warmth and kindness, especially in Tramore where he served as parish priest. He wore his learning lightly but he leaves behind a rich legacy through his writings, including on the history of the Diocese of Waterford and Lismore.