PHOENIX: Waterford after the pandemic 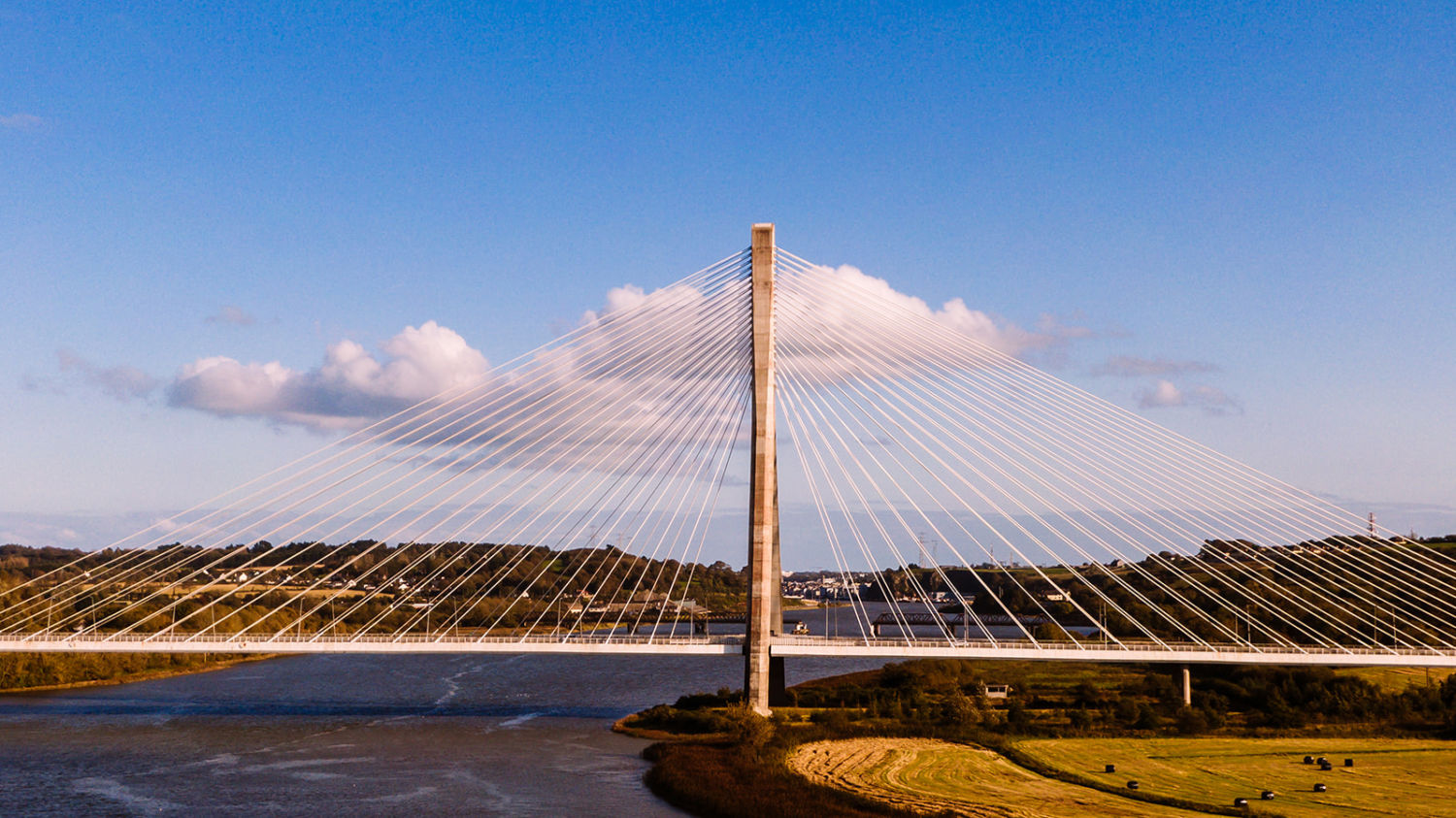 DARREN Skelton has stopped tweeting daily Covid data – the pandemic is no longer an acute emergency and is now a chronic yoke we all need to live with. Life is getting back to normal. So a year and a half or so after the Covid-19 coronavirus began to circulate in Ireland, what, if anything, has The Phoenix learned?

‘Local news matters – WLR, BEAT, the other newspaper, and the wonderful News and Star reflect the world we actually live in’

#1. Waterford is a stunning place to live and I pity those who by choice or necessity are forced to spend their days elsewhere. Trapped inside almost any 2km box of Waterford works for me, so long as others are trapped outside it! Walk to Portally, or St Declan’s way, soar above Coumshingaun, swim in the Guillamene, chips on a sunny day in Dooley’s, or any roadside van once they are eaten nosebag, cycle through Durrow tunnel, beyond Passage to the Hook or any other bit of coast, surf Tramore, stick your head into Geoff’s, Downes’s, or any other watering hole, drop an hour or so at a library or the Book Centre. Even our bread is among the best on earth.

#2. Most of the news is other people’s problems. For a while we read the newspapers, doom scrolled through the horrors of Wuhan and Italy. Even now looking at Afghanistan as it contemplates another dark age, does it do us any good? Local news matters – WLR, BEAT, the other newspaper, and the wonderful News and Star reflect the world we actually live in; and we are healthier for knowing news close to us. Most Irish media is a bizarre Dublin bubble, clubby insiders too pally by far with business and political folks they are supposed to be keeping an eye on.

#3. The HSE is in trouble, but not in crisis. UHW did the business during the crisis, but clapping them at the front door is not enough. We got through this by the skin of our teeth, with fewer beds per citizen, fewer staff and lower every other resource a hospital needs. We got lucky. The stand-by refrigerated meat trucks to deal with the corpses were thankfully not needed. Nor was the field hospital. The HSE is full of people just doing their jobs. There are no heroes in UHW, they are humans. Tired, pissed off at how hard it is to do things properly in the HSE, pissed off at the Cork political machine standing on our necks, waiting for Gerry O’Dwyer to retire, waiting for a South East hospital group to be formed, waiting for a fair share of resources, waiting 24/7 for 24/7.

#4. Rules are for small people. Dick Cheney whilst Vice-President of the USA shot a friend in the face, and the poor fellow apologized for getting in the way. What must Leo Varadkar do to get fired? By April this year, Gardaí had fined over 20,000 people for breaches of the rules. If only those poor folks could have rung the Attorney General to get the rules interpreted away. Golfgate suggested political accountability for the first time in a decade. Clear wrongdoing by politicians would lead to resignation; Big Phil, Barry Cowen, and Dara Calleary were forced out of office. Our own Senator John Cummins, having no office to lose, lost the party whip. Katherine Zappone’s party shows that Leo is untouchable and the rules simply do not apply to him. Meanwhile, the cabinet is leaking like a sieve, showing none of the solidarity they ask of the Irish people.

#5. Procurement is the Government’s way of killing things off. Our cardiac lab that is key to delivering 24/7, the new WIT building and Crystal site, the airport, north quays are all in the Government vortex called procurement. The appointment of Tom Boland to frogmarch WIT into the merger with Carlow IT. The National Children’s Hospital and anything else cabinet actually wishes to do, abandons normal procurement and cost management rules. Politicians never say no, rather they just allow process to follow its never-ending procedures.

#6. The Government is rolling in borrowed money, none of it is being spent here. Remember the trauma of the global financial crisis, the years of austerity and how every man, woman and child in the country was afraid of the bond market? The government does not! Hard limits to spending are gone, money is invented by central bankers, we have all quantitatively eased massive money into Dublin and Cork. Metro North, a Luas for Cork, a few new Cork and Dublin hospitals and we will be broke again as a country. Politicians are writing IOUs in Waterford’s name for Dublin and Cork. Once again, we will get the hangover, but not the party. One year after the new Government was formed, no major projects are being delivered in Waterford. None!

#7. Marc and Mary, our two Government TDs, are visibly floundering. Mr O Cathasaigh is invisible. Ms Butler is content with crumbs. The worst fears for the Technological University are now the most likely outcome. The engineering building in WIT was recently delayed for another year, Leo’s hints that the Crystal site would be purchased now look like a yarn to get WIT to sign up. No sign of a new board or independent President with an international reputation, no new courses, another year of massive brain-drain, all courtesy of Fine Gael.

The shortfall of IDA jobs grows year-on-year, despite the odd announcement like the welcome haul of 400 jobs at State Street Kilkenny. Only another 9,176 of those and the region would have a fair share of IDA jobs. Worryingly, in making the announcement, Martin Shanahan, IDA CEO, lauded the South East value proposition. Fancy talk for having a cheap labour force, so there is no chance that those new jobs will hit the IDA average of €66,000 a year salary per job.

There is now a sense that Government, aided by the garrulous eccentricity of Eamon Ryan’s Green Party, has a concerted push to close Waterford Airport and welch on the promise to support the runway extension. Having pumped public money into every other airport in Ireland whilst Covid allowed state-aid rules to be overlooked, there is concern that Rescue 117 helicopter will be the next victim, killing off another arm of the airport’s case.

The pandemic changes nothing.

Despite recent announcements of jobs at Bausch and Lomb and State Street it is clear that the entire aim of national policy is not to make Ireland better, but rather to make Dublin bigger. All national policy is subject to that flawed agenda, which will not even make Dublin better, but instead increase the centralisation that is driving the east of the country from Drogheda around through Mullingar and down to Gorey. Nearly 30% of Ireland’s population now live in Dublin. London has 13% of UK population, Paris has 4% of France, Rome 5% of Italy, Warsaw 5% of Poland, Prague 11% of Czech Republic, Amsterdam 5% of Netherlands, Helsinki 11% of Finland, Stockholm 10% of Sweden. You get the drift.

With the probable exception of Cork, which has enough political mass to counter Dublin, we can whistle for our future. Dublin is deaf to us. Council amalgamation, as planned, ruined our city. Its finances are destitute. Maintenance is appalling. The past decade has been politically toxic for Waterford city. We have been cut adrift to fend for ourselves against the vicious antipathy of Fine Gael and its dying cousins in Fianna Fáil. Bring on the next election. We may be poor, but we are not stupid and revenge is a dish best enjoyed cold.