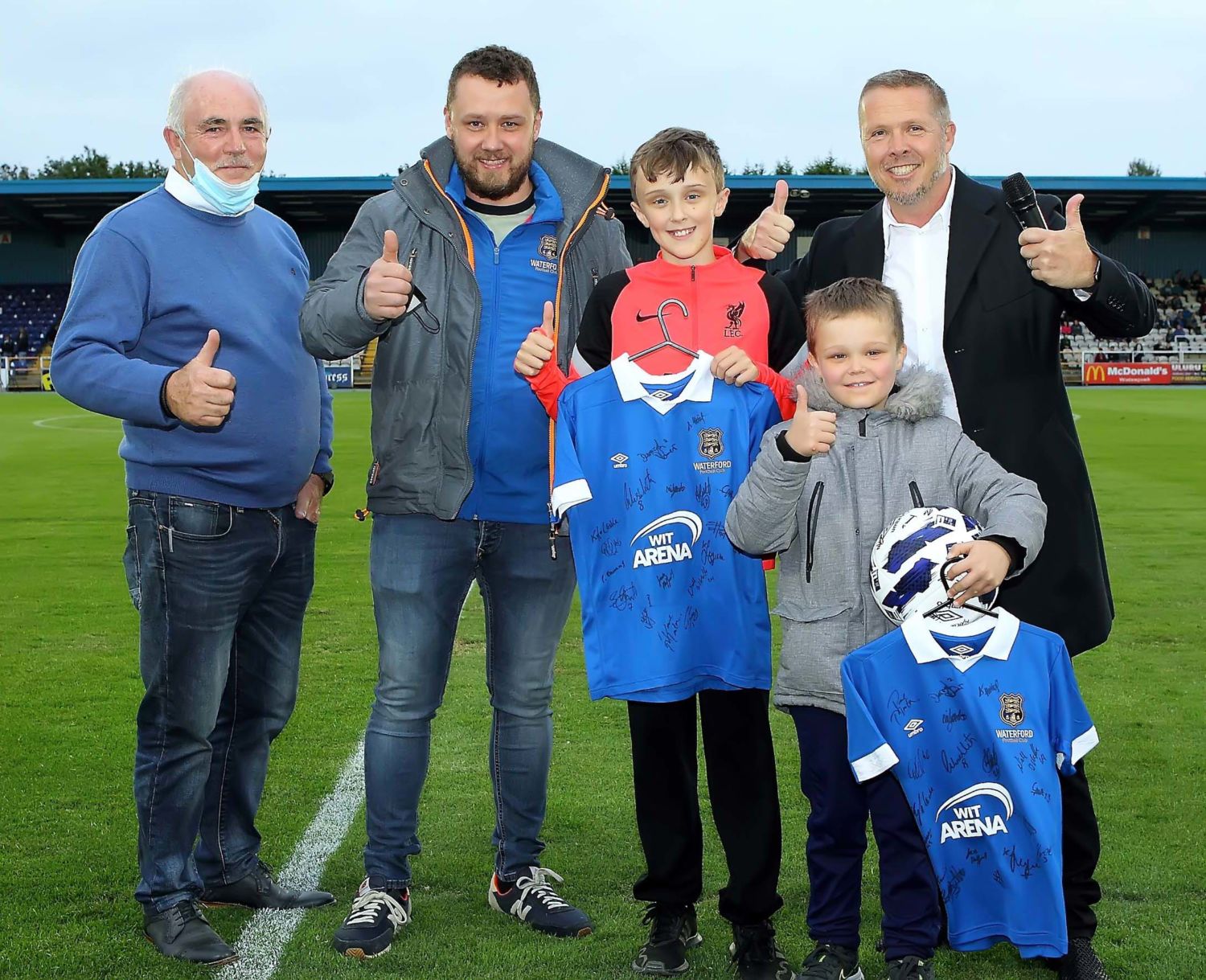 Waterford FC owner Richard Forrest has pledged 200 free children tickets for all boys and girls that want to attend the Blues’ next home game against Drogheda United, which will be played on Friday, September 24, with a 7.45pm kick-off.
After Forrest was taken aback by the atmosphere created at the RSC on Friday last when Anthony Wordsworth’s headed home a priceless equalising goal, he is hoping to attract some more fans before another massive game in three weeks time.
In a post on Twitter on Sunday evening, Richard said, “Hi all Blues. As the night was so great (on Friday), I would like to gift 200 children tickets for the next home game to all the boys and girls up and down the country. If they get taken up, I will probably give away more. Please get in touch with the office, and be quick as these will go quickly.”
There’s no doubting that the new owner is keen to bring the club back to the community, and his touch to present 8-year-old Finn Ryan and his brother Liam with a jersey and signed football after he rang the bell on cancer for a final time last week going down a storm with Waterford fans.
Waterford are away from home on this Friday night when they take on Shamrock Rovers at Tallaght Stadium with fans disappointed that there will be no away ticket allocation for this game.
The Blues will be also on the road the following weekend against UCD in the quarter-finals of the FAI Cup with ticketing details set to be announced ahead of this game in the coming days.
A crowd of over 1,300 attended last Friday’s draw against Dundalk FC, and with the club in a relegation battle, Forrest is hoping to add to that for when Drogheda come to town.
If you would like to avail of this generous pledge from the clubs owner, you can contact the club office on 051-377995 or email them at [email protected]