Fitzgerald named on team of the year 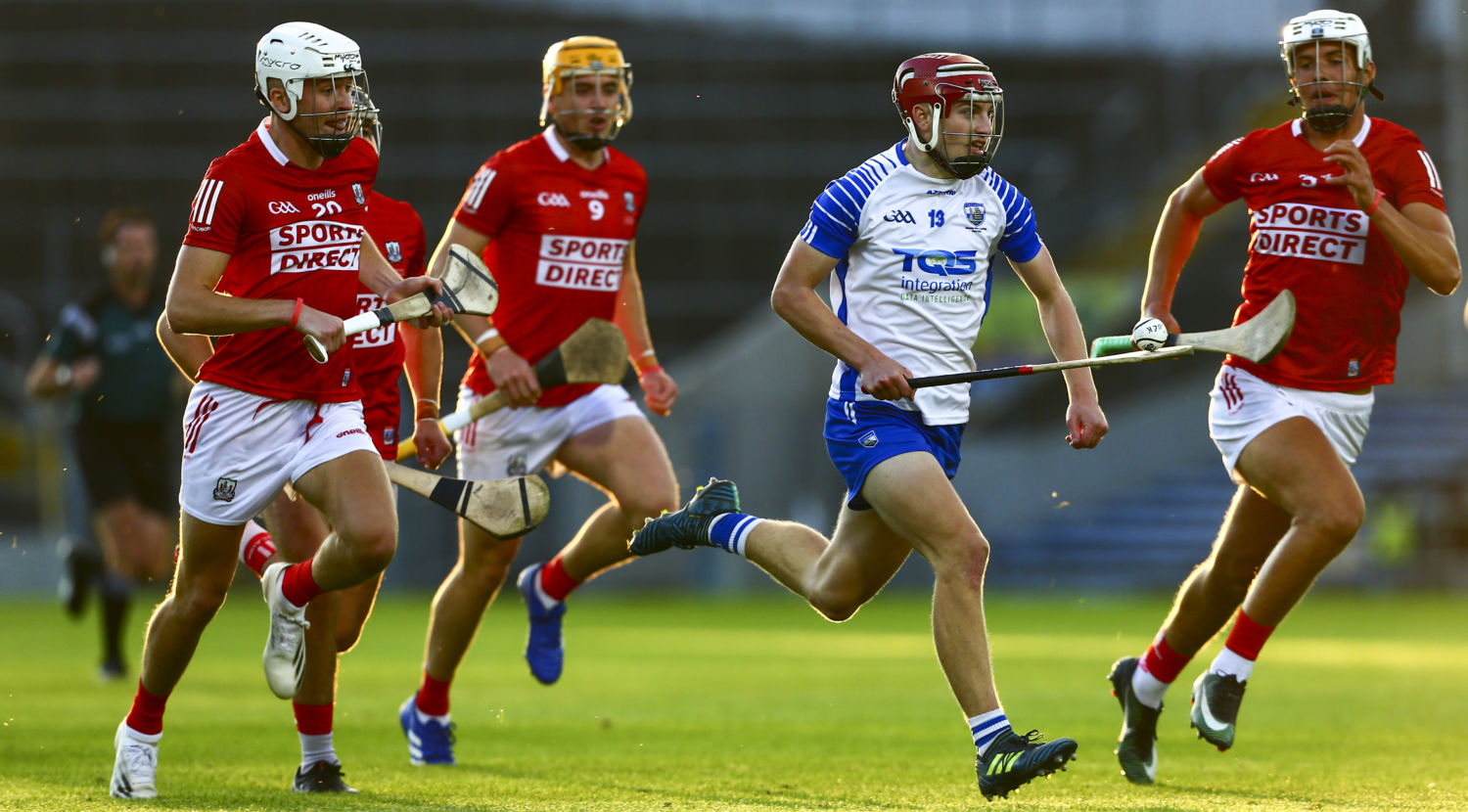 The Electric Ireland team of the 2021 Minor Hurling season has been announced and one Waterford player has made the team.

After brilliant displays in the Déise’s Munster semi-final win over Tipperary and their Munster Final clash with Cork, Ballygunner’s Patrick Fitzgerald has been named in the number 13 jersey.

Not surprisingly this year’s Electric Ireland Minor Hurling Team of the Year features nine players from All-Ireland champions Cork, with All-Ireland finalists, Galway and Leinster champions, Kilkenny both having two players represented. While Waterford & Wexford each have one representative on this year’s team.

The team was selected by a panel of GAA experts and was determined in part by Electric Ireland’s ‘Player of the Week’ initiative on Twitter. 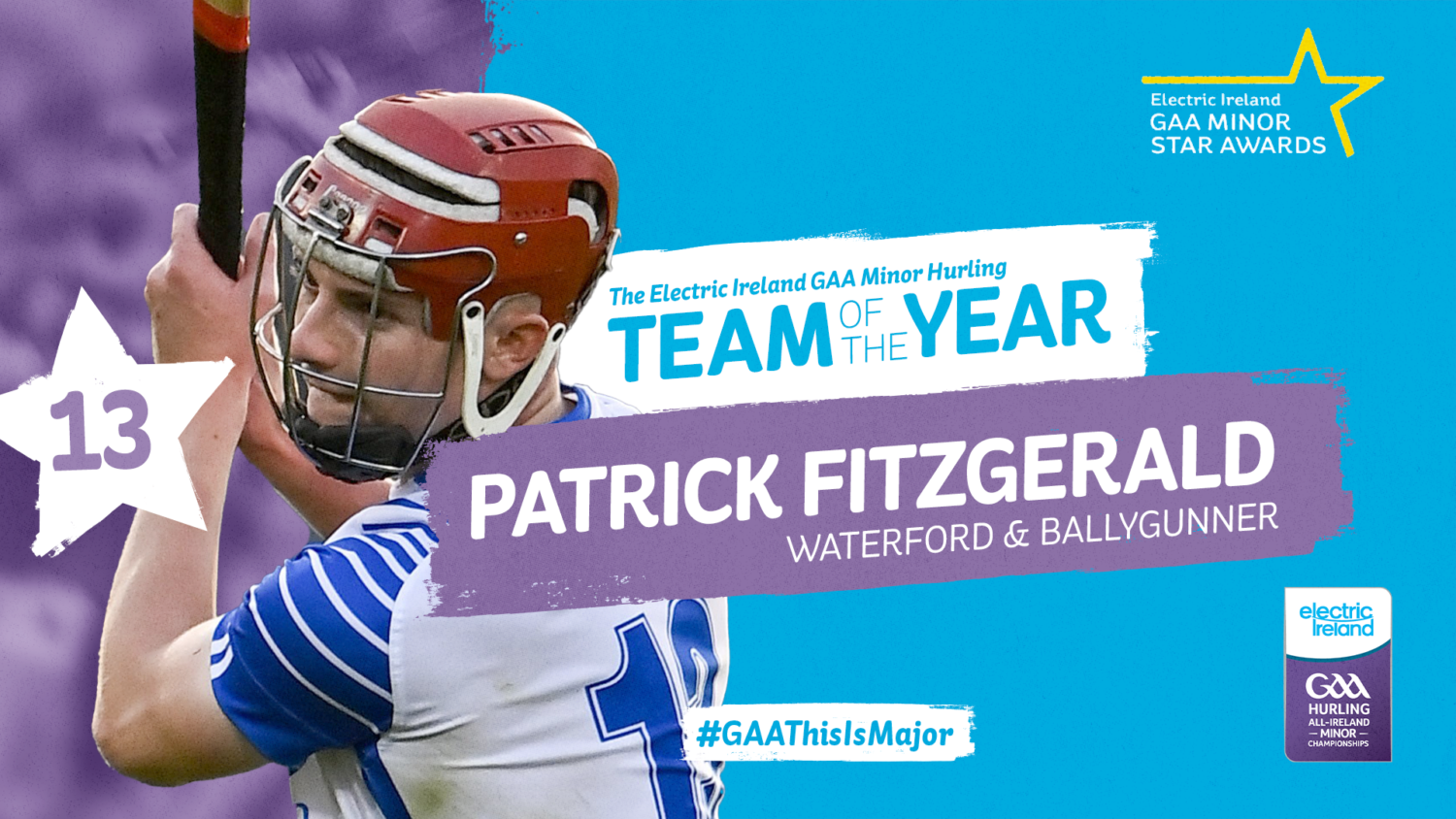 The winner of the 2021 Electric Ireland Minor Hurling Special Recognition Award is the 2021 Kildare Minor Hurling Squad. On 27th March 2021, 67 members of the Kildare Minor Hurling training squad undertook a virtual run of 840km from Mizen Head to Malin Head and back to St Conleth’s Park in Newbridge to raise funds for Barretstown Children’s Charity, a local Kildare based charity that runs camps and programmes for children and their families living with serious illness and Kildare GAA. As well as undertaking the run and fundraising, the squad also spent the weeks leading up to the virtual run promoting their fundraising activity throughout their local communities and clubs by creating videos and photos that were shared online across their social media channels. The fundraising virtual run raised over €24,000.

Uachtarán CLG Larry McCarthy said “I congratulate the Electric Ireland Minor Hurling Team of the Year and specifically Jack Leahy, the Electric Ireland Minor Hurling Player of the Year, on their incredible achievements during the 2021 season. After such a tough campaign without supporters in 2020, ​It was wonderful that family members were able to witness these great young players in action in 2021. I have been very fortunate to ​see these ​young men throughout the competition and the level of skill which they have shown truly has been major. I would also like to congratulate the Kildare Minor Hurling Squad who have shown us that Minor players have just as much to offer society away from the pitch as they do on it. ​As a result, I am confident of the future of our great games and our communities knowing that it is in the hands of these young players.” 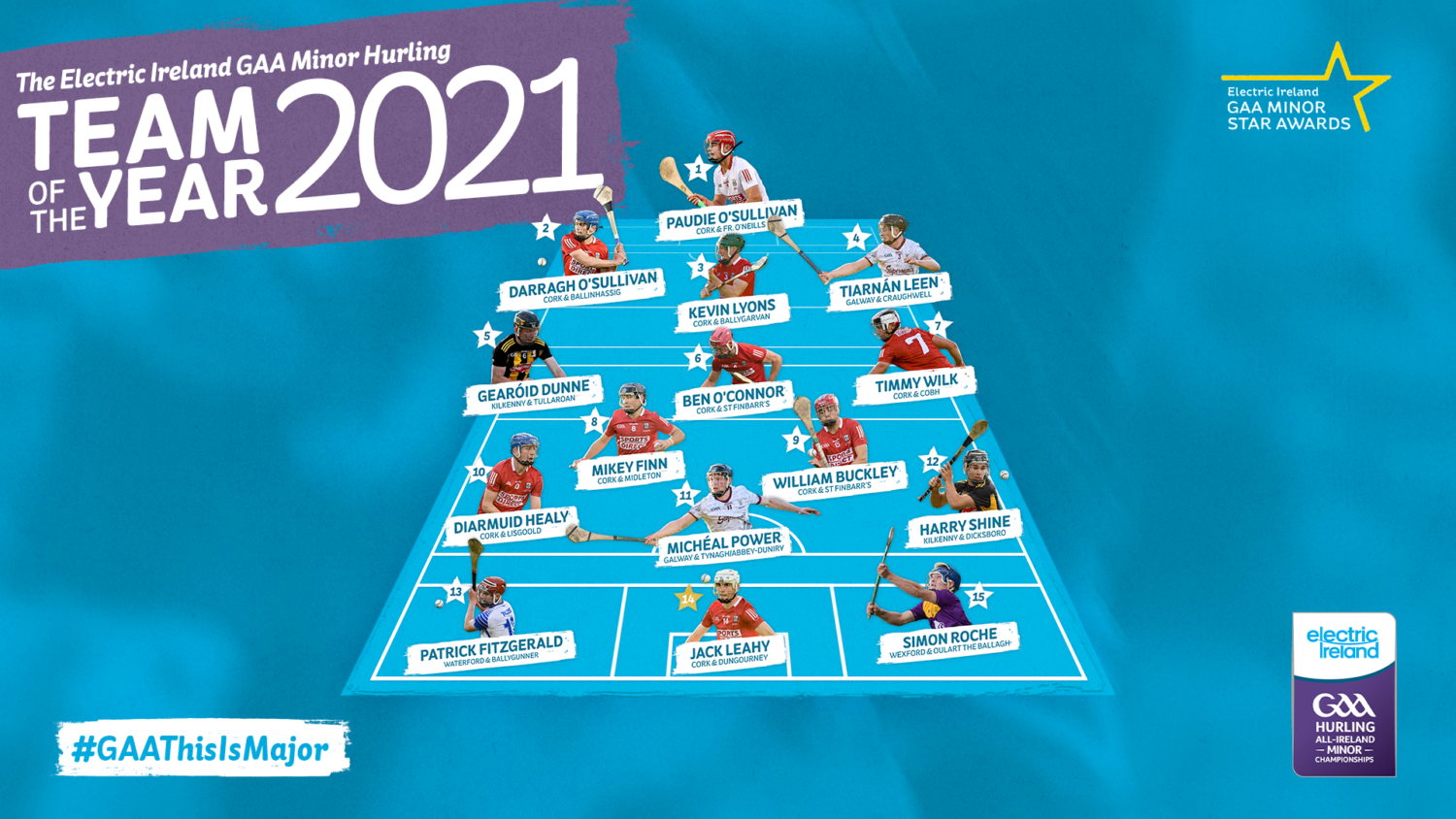 The Electric Ireland Team of the 2021 Minor Hurling Championship.