FOUR Waterford housing estates in the city and county were recently presented with plaques recognising their achievement in Waterford’s Spick and Span Tidy Estates Competition.

The initiative was lead by the Waterford City and County Council’s Estate Management Team and was launched earlier in the summer to coincide with National Bee Day.

Highlighting the importance of biodiversity and sustainability, Eamonn O’Leary, Estate and Tenancy Management Officer was delighted with the response from Local Authority Residents Associations.

Henry Moloney, Estate Management Officer added, “The Spick and Span Awards recognise the tireless and selfless work done by individuals, residents associations and communities in keeping their estates well maintained.  We put out a call inviting housing estates to apply for starter packs of bedding plants and compost to help enhance the open spaces and we received over 40 requests from housing estates throughout the city and county.

“The results were fantastic and it wasn’t an easy task to choose the overall winners, as the standard throughout was so high.  The estates were judged on an area basis, with winning entrants from each of the council administrative areas.”

The award winning estates are Alexander Street in the city, Hillside Close in Kilmacthomas, Na Fearnóga, Ballinroad in Dungarvan, and Brideview Close in Tallow.

The Mayor of Waterford City and County, Cllr. Joe Kelly said, “There are so many housing estates in our communities that are a great source of pride.  It’s the hard work of the volunteers and residents’ associations that go that extra mile to improve and enhance the shared communal spaces.”

“The Spick and Span awards recognise that dedication and effort, and I’d like to acknowledge all the estates and their associations that took part in the competition in order to keep our outdoor living spaces clean, green and welcoming.”

Each winning housing estate received a wall-mounted plaque recognising their achievement, along with six day passes to visit the world-renowned Mount Congreve House and Gardens, regarded as one of “the great gardens of the world”, sponsored by Ray Sinnott of the Mount Congreve Trust and Gardens and Waterford City and County Council. 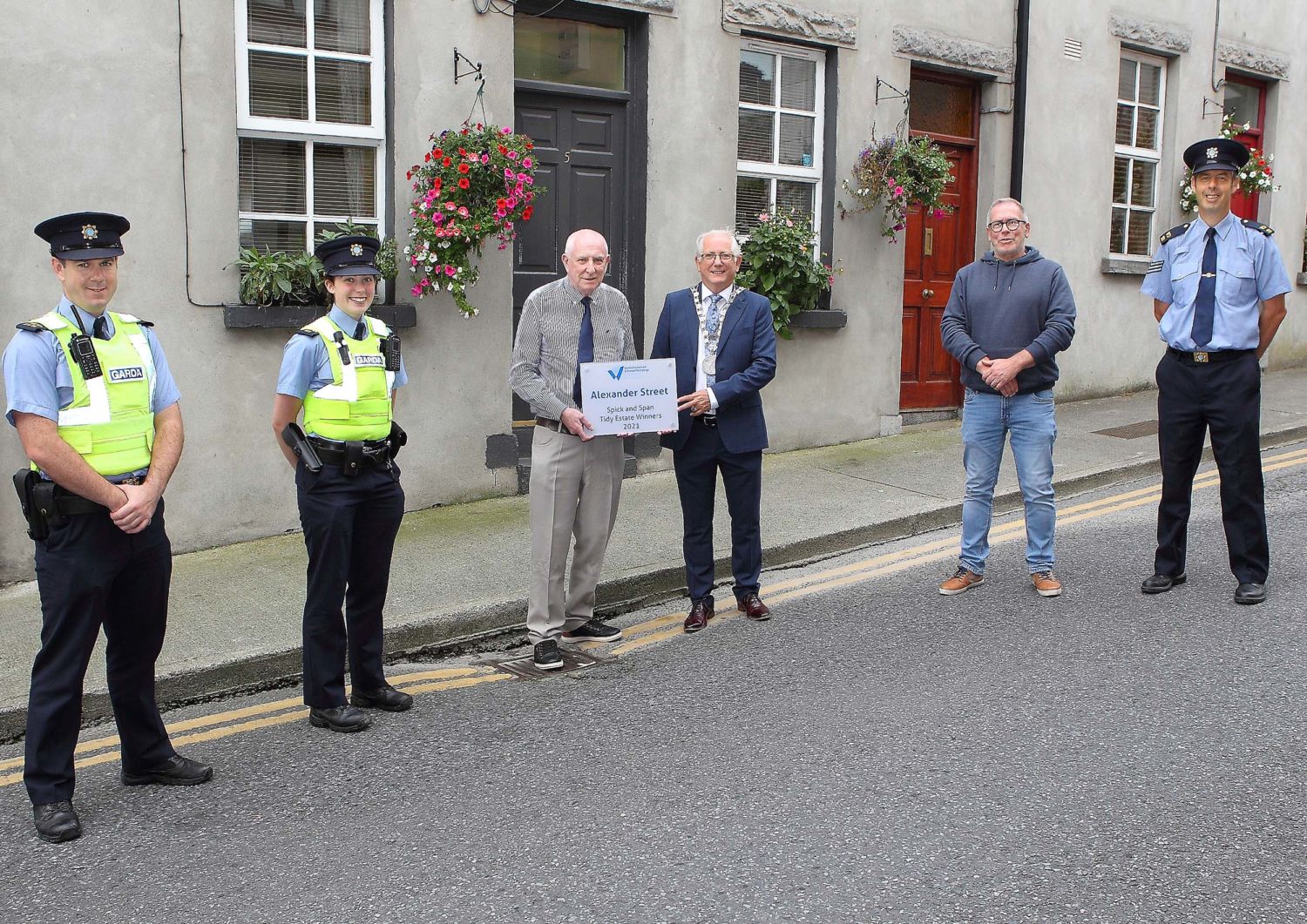 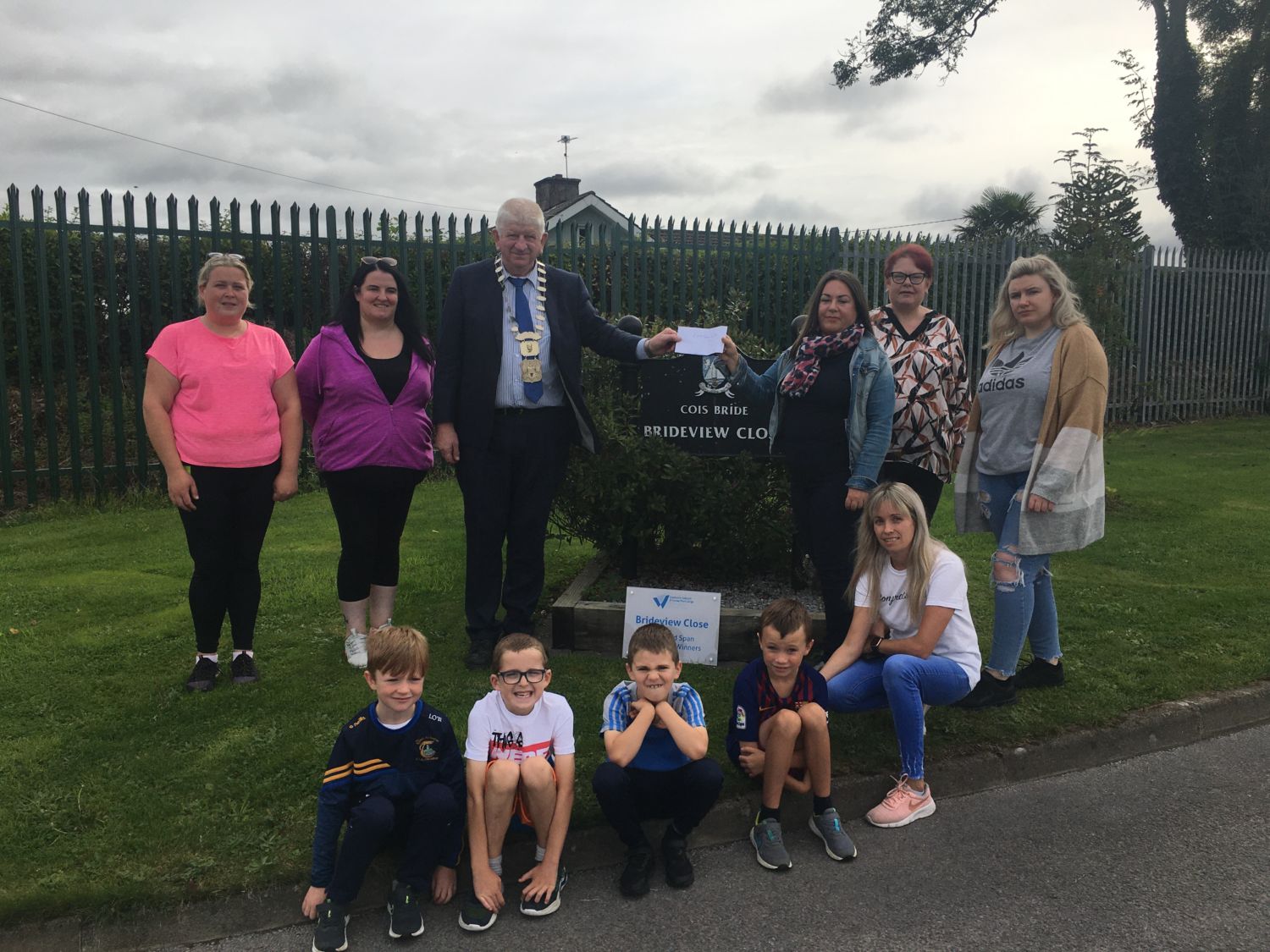 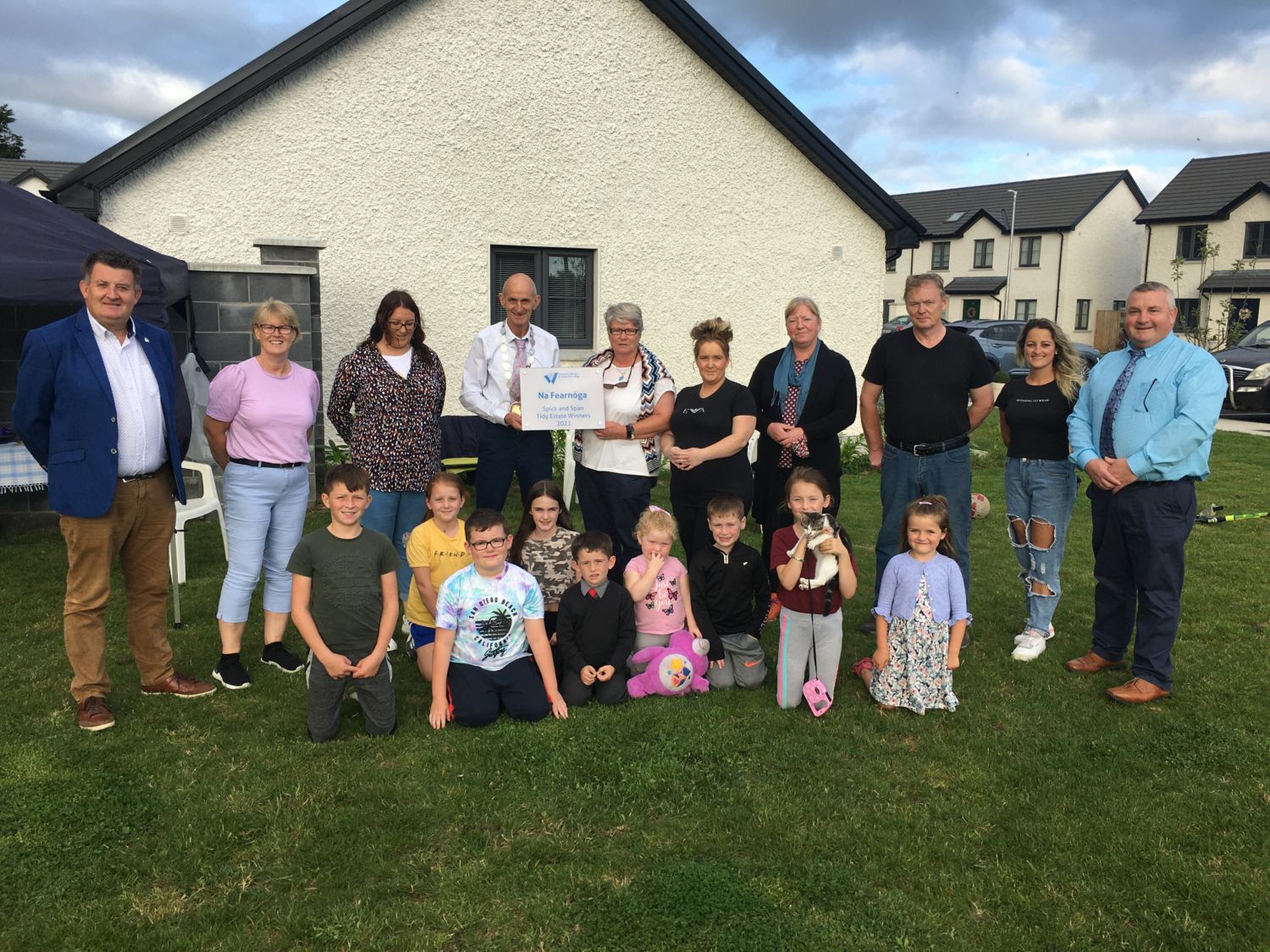 Presentation of the Spick and Span, Tidy Estate Winners 2021 plaque to Chairperson of Na Fearnóga Residents Association, Mary Killigrew by Deputy Mayor Seanie Power, along with Cllr. Damien Geoghegan and members of the residents association. 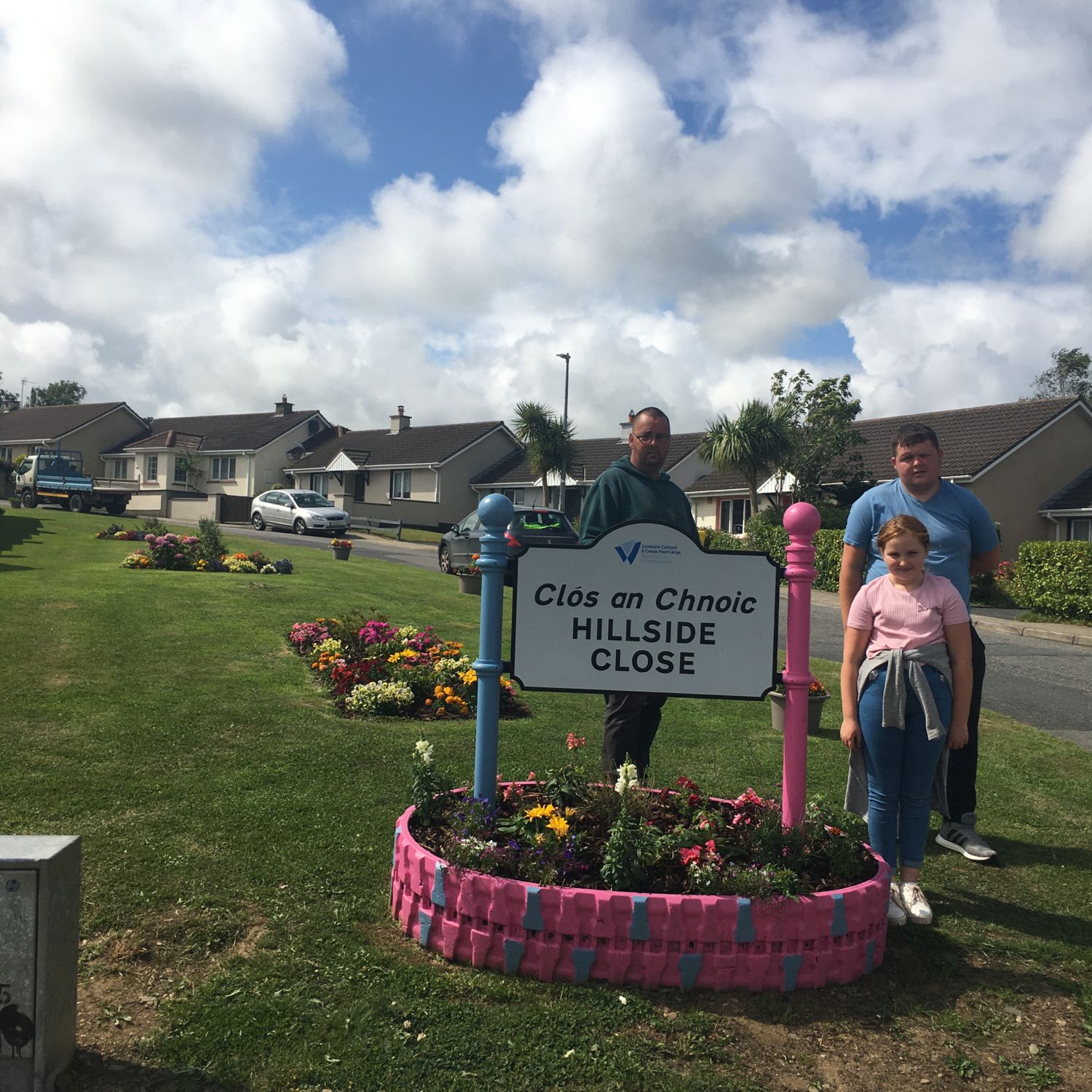