AT his funeral mass last Friday week in Mount Melleray Abbey, the late Rev. Monsignor Michael Olden was remembered as a “gentleman, friend, and scholar.” Following a period of illness, Monsignor Olden died on Monday, August 30 in Dungarvan Community Hospital, before being brought home to his native Cappoquin. He was buried last Friday in the cemetery at Mount Melleray where his parents, Thomas and Jean are also buried. 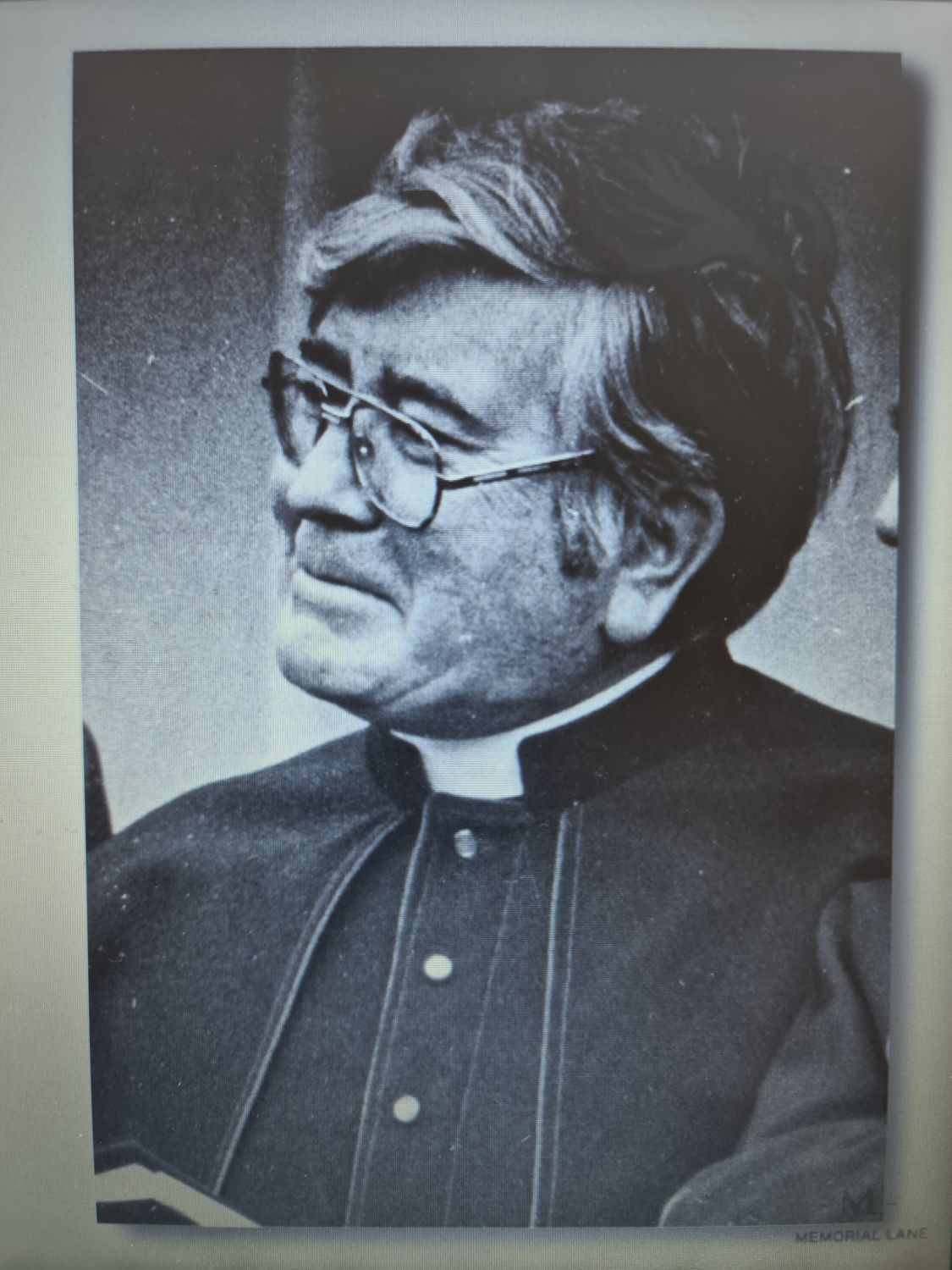 Born in 1935, a young Michael Olden was educated in Mount Melleray, where his father Thomas taught History and French. This love of history was surely in the Olden genes, as Ecclesiastical History became Michael’s chosen field of study following his education in University College Cork, and Maynooth College.

It was in Maynooth in June 1960, that he was ordained by Archbishop John Charles McQuaid. Following various chaplaincy posts within the Waterford Diocese, the Monsignor taught in what was then the Regional Technical College in Waterford, and in St. John’s College, before undertaking postgraduate studies in the Gregorian University in Rome.

Late in 1966, Monsignor Michael Olden was appointed to the teaching staff in St. Patrick’s College, Maynooth. This kickstarted a long working relationship with the college as he served as Dean of the College, as Professor of Ecclesiastical History, and most famously, as College and University President from 1977-1985. 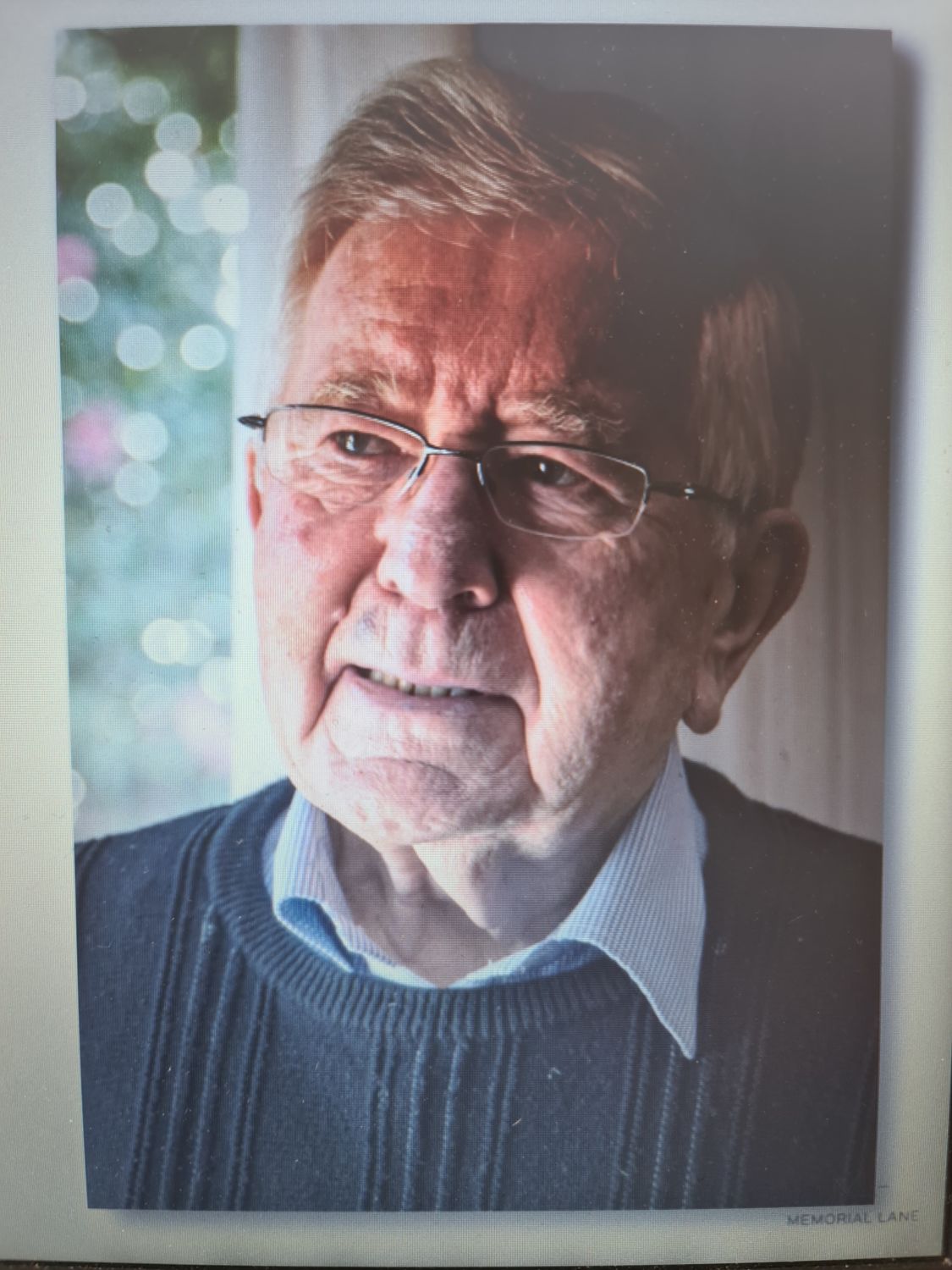 Responding to news of his death, St. Patrick’s College, Maynooth said, “Above all his achievements and legacy here in Maynooth, Monsignor Olden will be remembered for his priestly witness, his faith, kindness, wisdom, approachability, good humour, eloquence, and many other fine human and spiritual qualities. These were the very same qualities that enabled him take up with ease pastoral ministry in the Diocese of Waterford and Lismore as parish priest in the parishes of Kilsheelan/Kilcash, Clonmel and Tramore, where he ministered with distinction while also much sought after as retreat director in every diocese of the country.”

In recognition of his contribution to the college, and to the high esteem with which he was held, a special scholarship was initiated last year called the Monsignor Michael G. Olden Scholarship.

Bishop Alphonsus Cullinan delivered the homily at the funeral mass in Mount Melleray Abbey last Friday. Addressing those present, and those who were attending via the live stream, he said, “I am not going to canonize Monsignor Michael. I wish simply to be honest. But I can only find good things to say about him. I think it true that he had a solidity, a calmness, a tranquillity and sense of balance. The reason for this I propose is because of his deep study of Church history. He has been with his people in good times and in bad, sharing their joys and sorrows and always providing a supportive shoulder and a listening ear. A man of very deep faith and prayer, as a priest he faithfully witnessed to a welcoming, forgiving, compassionate and encouraging God.”

Monsignor Olden carefully planned his funeral, knowing what message he was going to send to those who were mourning his loss. The chosen theme for the readings during the service was time, with the Second Reading including the words, “the time has come for me to be gone. I have fought the good fight to the end; I have run the race to the finish.”

Although he retired from full-time ministry in 2009, Monsignor remained committed to his studies of History and Irish Church History. His contribution to local history was notably marked by his 2012 seminar in WIT, his 2013 lecture to the Waterford Archaeological and Historical Society, his publication, ‘The Parish of Tramore and Carbally’, co-authored with Andy Taylor, and his most recent work in 2018, ‘The Faith Journey of the Déise People’.

His nephew Johnny Olden sent a letter from San Francisco to be read out at the service. He recalled how his Uncle Michael had travelled to America when they were young to raise money for what was to become the John Paul II library in Maynooth University. While there, he worked extensively with the poor on the streets of New York. Yet, amidst all of his work, he remembered to bring home a radio and a wristwatch for his nephew, the first ones he ever had. His ‘booming voice’ was fondly recalled, as was his ‘thoughtfulness’, ‘graciousness’, and ‘humour’.

Thanks was given to Monsignor Olden’s housekeeper Catherine Fitzgerald, who not only cared for his house, but who always cared for Monsignor himself, particularly in his final years. Of the many tributes made to Monsignor Olden in the days since his passing, the same observations were made from people in many different towns, “a learned man, who wore his learning so lightly.” He will be remembered as someone “who had a way of meeting people on a common level”, “who loved a laugh,” and “who left a legacy of not only history, but of genuine kindness, conversation, and humility.” His love of cats, books, learning, and conversation saw him make real, lasting friendship in his parishes. His dedication in his 2018 book reads, “May the Déise people continue their journey through sunny uplands in the future and may the journey increasingly and worthily attract travellers and pilgrims, old and young.”