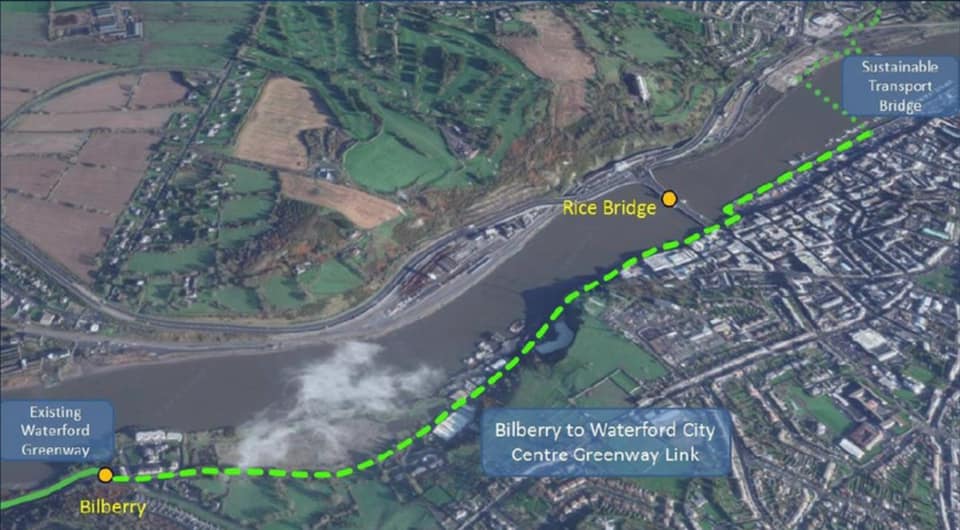 IT has been long awaited, so long awaited that news this week that the Bilberry to Waterford city centre link of the Greenway is to commence was met with a whimper of public interest, rather than a greater acknowledgement of its significance.

The €6.8 million contract will see the most crucial link in the 46km cycleway completed, paving the way for the same economic stimulus that has been such a boon to Dungarvan.

With the New Ross to Waterford ‘South East Greenway’ developing at pace, it is none too soon. It would have been somewhat incongruous to see such a fantastic amenity benefit those two towns on its outer extremities, while the hub city at its heart continued to be left out in the cold.

The potential this development will unleash is significant. Currently, people mainly travel to car parks at Bilberry and Carriganore to set out on their Greenway adventure, with a small number trickling back on their bicycles to the city centre. Those that do arrive in the city are faced with a complicated and uninviting busy traffic situation at the junction of Rice Bridge, Bridge Street and the Quay. It is not appealing to experienced cyclists, never mind family groups seeking a safe, enjoyable holiday experience.

The total works are expected to run for 18 months, which puts an expected completion date of Spring 2023. This will coincide nicely with the opening of the 24km South East Greenway around the same time, all going to plan.

Much more will still be required, in particular the Sustainable Transport Bridge (STB) on the River Suir, which is set to connect the North and South Quays, and thus both greenways. Waterford people will be understandably sceptical of that reaching fruition anytime soon. However, the main construction tender for the North Quays infrastructural contract, including the STB, is currently being finalised for the issue of tender documentation to contractors at the end of September.  It all bodes very well, and perhaps now is the time for scepticism to be replaced with optimistic entrepreneurial vision so that the city maximises Waterford Greenway’s potential.

The manner in which Dungarvan has risen to the task, with such a vibrant café, restaurant and accommodation offering, has been exemplary. Waterford city centre, too, has seen a significant enhancement of its public realm in recent years. A stroll up Barronstrand Street and through John Roberts Square during the daytime, where businesses imaginatively adapted to the pandemic, shows that we are well on our way.