Time out with Timmy: Back to the future 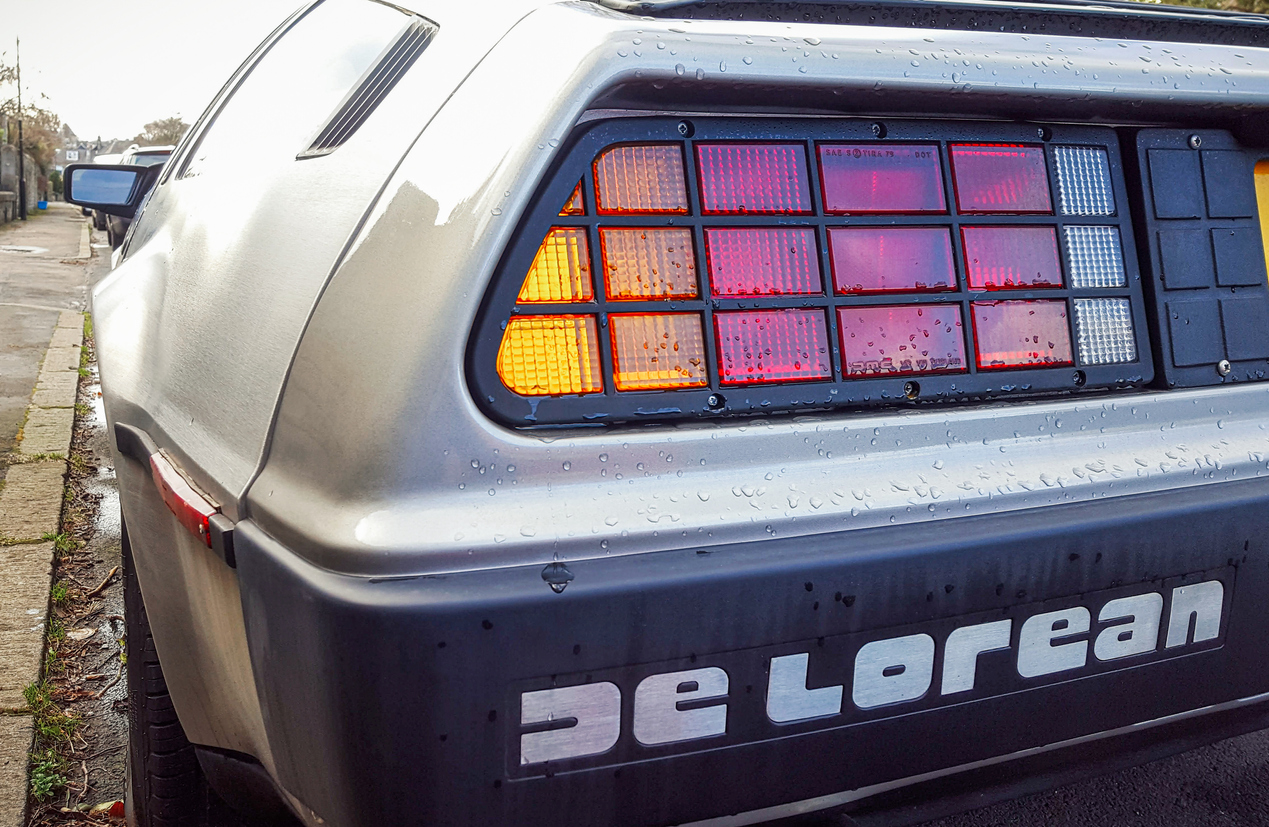 I OCCASIONALLY allow myself a little flight of fancy that I might be able to turn back the clock and get another chance. A second go at life if you will.

Not that I’m at all dissatisfied with my lot or anything but I often wonder what would it be like if given the possibility, you could wipe the slate clean, press re set and just start all over again.

What if?  There’s a question we’ve all asked ourselves surely?

Had I only done this, not done that, walked a different way home on a particular day. Maybe I should have said no to changing jobs on occasion.

‘I’d certainly have invested in Pfizer. Now wouldn’t that have been worth a few shekels?’

You could actually drive yourself to distraction with this kind of pointless, yet entertaining thinking.

Now there are some of you who believe it’s all mapped out in advance and you really don’t have any choice during your life. This kind of fatalistic reasoning does nothing for me.

If I honestly believed for one minute that regardless of what I do or attempt to do, it doesn’t matter an iota, it would have happened anyway, I’d get rather depressed I reckon.

Certainly, I would change a lot of my actions and insert many I didn’t undertake down the years if I had my way but where exactly would that have seen me end up?

Would I be a happier, healthier human being with an impressive bank balance and a mansion on the hill? Or would I have wound up in a comfortable, yet mind numbing job day after day or, worse still, unemployed and on my uppers.

I don’t, like yourself I expect, have a crystal ball so I’ll pass on the fantasizing.

For a little fun though, here’s a thought or two for what it’s worth as I step back in to young Timmy in 1964 and begin the dance once more. Bearing in mind, I have the power to know what I know now. That’s the deal breaker.

I’d forget worrying about school and homework and just learn what I was able to. No copying of my friend’s homework and to heck with the consequences. I’m sure Noel Wade didn’t need me traipsing out to his house on a dark weeknight in Springfield, Dungarvan to cog his notes.

I’d have availed of each and every opportunity to chat to the girls in the Mercy school instead of shying away and missing out on at the very least, a bit of harmless craic.

The stuff I stole from my Dad’s shop not realising how hard the man had to work to raise four of us, I would severely cut down on. However, being that it was a sweetshop, I’d be mad not to avail of some benefits. I’m certain he allowed for my light fingers in the household budget.

I would appreciate my friends a lot more. So many times, they were just there and you thought they always would be. Not so. They tend to come and go. Many I hung around with all too briefly and now I haven’t seen some of them for years, decades in some cases.

I’d most likely buy more records and keep them in great condition knowing I’d need them in the future and I would certainly pop tons of cassettes in to tape as much of those fab sounds and presenters from way back when.

I would have devoured every rock and pop book I could get my hands on to be prepped until the age of the internet dawned to get a good head start. All that knowledge I spurned when it was clearly so much easier to head to the pub.

That too was fantastic though and I can’t regret all of my time on the town. A teeny bit less with the odd fiver and tenner here and there saved though would have seen me right later on.

How simple it is to fritter away the money you again assume you will always have plenty of. It ain’t necessarily so indeed.

I’d also start a campaign to ensure that future generations would be outlawed from insisting that school kids be lumbered with ridiculous two stone bags around them like slaves.

In what kind of so called educated society is this deemed tolerable?

It’s 2021 and still, pupils are carrying loads on their backs that the ancient Egyptians would have been proud of. Mind boggling to be honest.

I’d probably insist on a good hand sanitizer or two in local pubs as during my teenage years, I’m pretty sure hygiene was low on the priority of many an establishment.

Mind you, we survived all the same though I’d suggest the odd cold or flu could have been avoided if an effort had been made in the watering holes. Just saying.

I would definitely get involved in more sport. I loved it but never beyond kicking a ball about in the street. I envy kids going to clubs and playing on lush pitches with all their lovely gear and coaches to beat the band. Cúl camps how are you.

I made inroads once but like so many other things, I didn’t stick at it and that is something I would totally try to remedy if my spin came round again. Youth is wasted on the young. So true.

I’d certainly have invested in Pfizer. Now wouldn’t that have been worth a few shekels?

Then there’s concerts and events. I never got to see the Rolling Stones so I would have liked to have seen them in full flight, say back in the 80’s. Mind you, some thought they were long in the tooth even then.

Sadly, the tour won’t happen and I can’t go back. Fun to imagine but I’m well pleased with the road behind. It’s the one here now I need to appreciate. It’s fine by me.

We’re here for a reason and if God can’t come up with something interesting for my life, I’m pretty sure I won’t be able to improve on it.