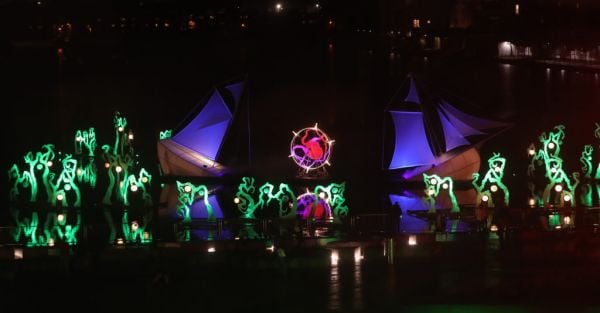 Dublin could be like Berlin or New York, the Minister for Culture said on Wednesday as she launched a new plan to revive Irish nightlife.

At the centre of the plan is a modernisation of Irish licencing laws and the creation of six “night-time economy advisers”.

Pubs and clubs may be allowed to open as late as 6am under the plans to overhaul Ireland’s alcohol licensing and pub opening hours, though no firm details of the changes have been decided yet.

Minister Catherine Martin, speaking at the report’s launch in a Dublin city centre nightclub, said the plan was about “taking back our nights”.

“We are looking at the rebirth of Ireland’s nightlife and it is within our power to achieve this, especially with people now assessing their lifestyles, because of the pandemic,” she said.

She said that she acknowledged that the hospitality sector may want more of a “fast-paced” change to licencing laws but insisted that this was just the beginning of a “conversation” with the late-night sector.

Our licensing system is a patchwork of laws built up over two centuries and is need in radical reform. Today, at Cabinet, we started the process to modernise our laws, and I was delighted to speak about our reforms at the launch of our Report on the Night Time Economy. pic.twitter.com/e7zuxfg3W2

Ms Martin insisted that the plan was not simply focused on nightclubs or alcohol-related events.

The plan would see Irish museums and galleries open late at least once a month in spring 2022 as a pilot, while it also includes measures to support cafes that want to open late.

Minister Hildegarde Naughton said that the plan was a major step forward for some of Ireland’s “outdated and complex” licencing laws, some of which she said dated back to “Georgian” times.

She said that the Government had on Wednesday approved the drafting of a General Scheme of a Sale of Alcohol Bill 2021 and said she hoped it could be enacted next year.

While the report contains no specific funding commitments, it does suggest additional grants could be provided to support the late-night sector.

The plan, which has 36 distinct measures, also promises to extend and improve transport links including eight new 24-hour routes in Dublin, as well as improving regional services including a possible 24-hour service between Dundalk and Dublin.

The plan also commits to reviewing noise reduction measures, including a potential grant scheme for the soundproofing of venues.

Minister Martin also rejected the idea that a pilot nightclub event, set to take place later this month in the Button Factory in Temple Bar, was a “waste of time”.

“It’s not going to be as it was before, and some persons in the industry want to look at antigen testing so this is the chance to to explore that,” she said.

That event on September 30th will see 450 people in attendance, with attendees required to produce a Covid certificate and to take an antigen test.

However, there was some suggestion that the hospitality sector needed greater guidance and support ahead of the further easing of restrictions.

Sunil Sharpe, from the Give Us the Night campaign group, helped launch the plan and welcomed the measures.

But he said on Wednesday that there was “a lot of nervousness, an anxiety” in the industry.

He said that he was concerned the industry could be “scapegoated” over any Covid-19 outbreaks and asked that members of the Expert Ventilation Group attend the nightclub event set to take place this month.

“What the industry doesn’t want is to be told to ‘get on with it’ and then a week or two later be shut again,” he said.

Ms Martin said that the plan now would be to ensure that Dublin is a safe city to go out in and suggested that more public lighting could be a way of making people feel safer.

She said that gardaí and the HSE were being consulted as part of implementing the plan.