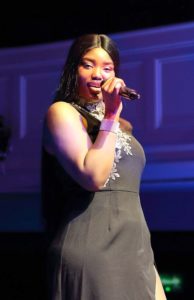 Singer Minnie Marley who performed at the launch of the Imagine Arts Festival in the Theatre Royal on Wednesday last. Minnie will also feature in this year’s festival.
Photo: Noel Browne

THE 20th annual Imagine Arts Festival will be held in Waterford between October 15 and 24, featuring a blend of online, live indoor and outdoor events which will be staged across the city.

Once again, Imagine is incorporating the popular Waterford Writers Weekend with Waterford author Megan Nolan reading from her acclaimed debut novel, ‘Acts of Desperation’ while also speaking about the assembly of her second novel.

Writer and podcaster Sophie White will speak to the Imagine audience about her bestselling essay collection, ‘Corpsing: My Body and Other Horror Shows’; while Observer columnist Séamas O’Reilly will be discussing his well-received memoir ‘Did Ye Hear Mammy Died’.

Meanwhile, Rónán Hession, author of ‘Leonard and Hungry Paul’ will talk about his latest release ‘Panenka’, previously reviewed in these pages by Dymphna Nugent.

In terms of visual art, the Goma Gallery on Lombard Street will host an exhibition by renowned artist John Shinnors, best known for his three-tone colour scheme, from Friday, October 15.

An Arts Trail and Art Shop featuring 10 different artists will also run during the festival, showcasing a variety of techniques from sand artists to printmakers to surfboard graffiti artists and more. 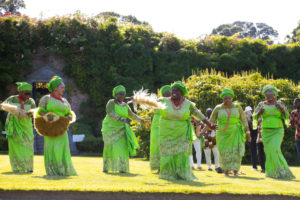 From the perspective of migrants who have made Ireland their home, ‘Diverse Creatives’ will showcase the potential of the arts to celebrate the richness of their homeland cultures. This will feature dance, music, and crafts from Waterford’s Igbo (Nigeria) Community Waterford, singer-songwriter Minnie Marley who performed at last Wednesday’s launch at the Theatre Royal, artist and DJ Murka Murcury and many more.

Said Festival Chairperson Jane Keen: “We are delighted to be back hosting in-person events for their year’s festival; not only have audiences been starved of colour and celebration but artists have longed to get back before people and deliver their craft. We are also thrilled to be unveiling a number of commissions and new collaborations. ‘Diverse Creatives’ is one such event and I can share that this is incredible.”

She continued: “Waterford is a port city that has always been influenced by diverse cultures, from the Viking era onwards, and this unique heritage brings with it new ideas and cultures which continue to have the potential to bring social, creative and economic value, so we are very much looking forward to celebrating this with Waterford’s Igbo community, the women of the Shakti Programme, Minnie Marley and Murka Murcury this year.”

Theatre events scheduled to run during Imagine ‘21 include Timmy Creed’s ‘Spliced’, ‘Sylvan’ from Belfast’s Tinderbox Theatre Company, and ‘Marbleface’, the winner of last year’s Imaginings competition which was hosted to identify and commission new artworks.

Speaking at the festival launch, Waterford Arts Office Conor Nolan said: “While it’s wonderful to see live events happening again I am really taken aback by the quality of this year’s festival with the likes of Ireland’s greatest living painter John Shinnors, the wonderful Junior Brother, our very own Megan Nolan as well as Seán Murphy – who cracks me up every time – and Róisin O’Grady with Dr Eamon Sweeney. It’s just a great, great line-up.”

Headline music events during the festival include gigs with singer-songwriters Aoife Nessa Frances, singer and Junior Brother, picked out by RTE in 2018 as a rising star in the industry.

Rapper Nealo will perform at the Theatre Royal in the City and he’ll be supported by Waterford’s very own Carrie Baxter. 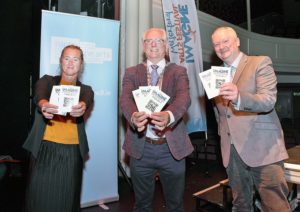 Meanwhile, Dublin-based singer, songwriter, and multi-instrumentalist Eoghan Ó Ceannabháin will also perform in Waterford while music from the 18th and 19th centuries will be performed by Tonos at the Waterford Crystal Showrooms.

He said: “I’m really excited and it will be my first time on the main stage of Theatre Royal. I know Colm is a great comedian, so I’ll be proud to support him. Most of all, it’ll be nice for my friends, family, and people I have worked with through comedy to see me perform in a bigger setting.”