With the group stages of the championship completed last weekend the draw for the quarter-finals of the J. J. Kavanagh & Sons Senior Hurling Championship has served up some very tasty match ups next weekend that will satisfy the appetite of real hurling followers throughout the county with 50% of ground capacity allowed to attend games.
It is understood that under current regulations Walsh Park will be limited to 5,000 capacity for the game between Passage and Mount Sion on Saturday, well above any anticipated attendance while Fraher Field will be limited to anything between 2,000 and 2,500 for each of the three games listed for the venue over the weekend with the biggest attendance anticipated for the clash between Dungarvan and Abbeyside on Sunday as the race to the News & Star Cup hots up. 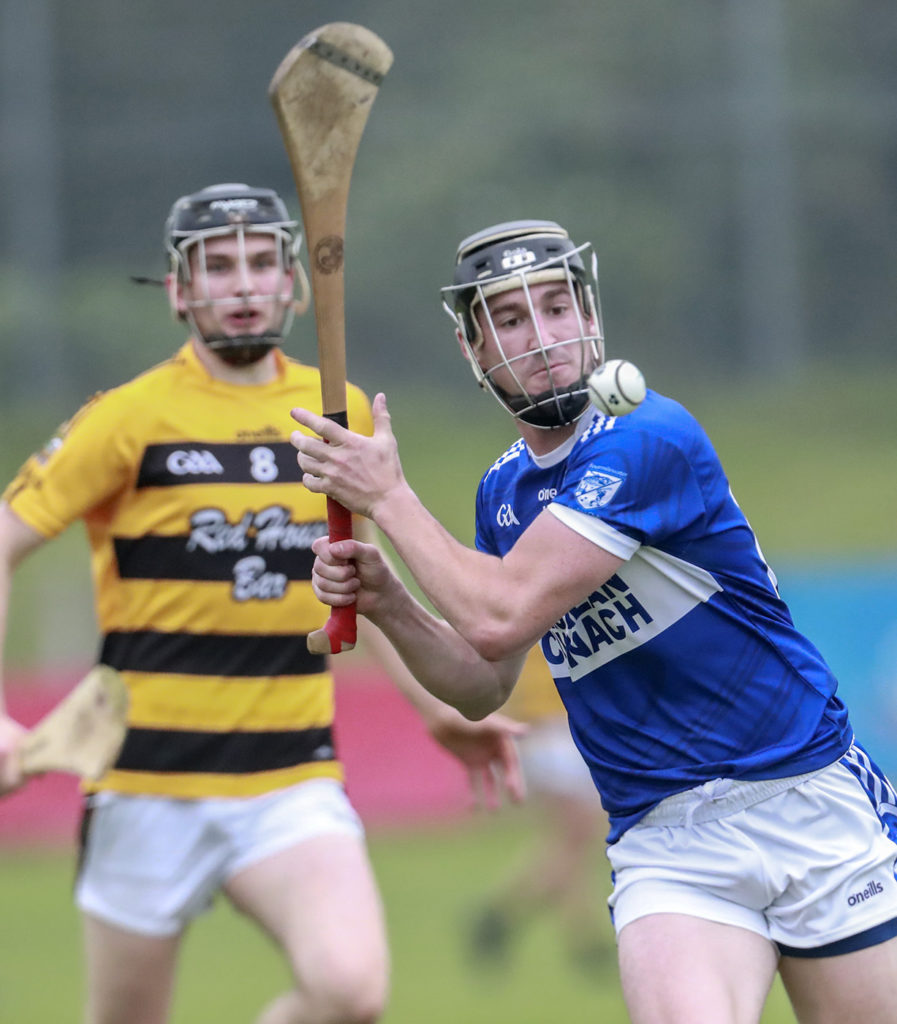 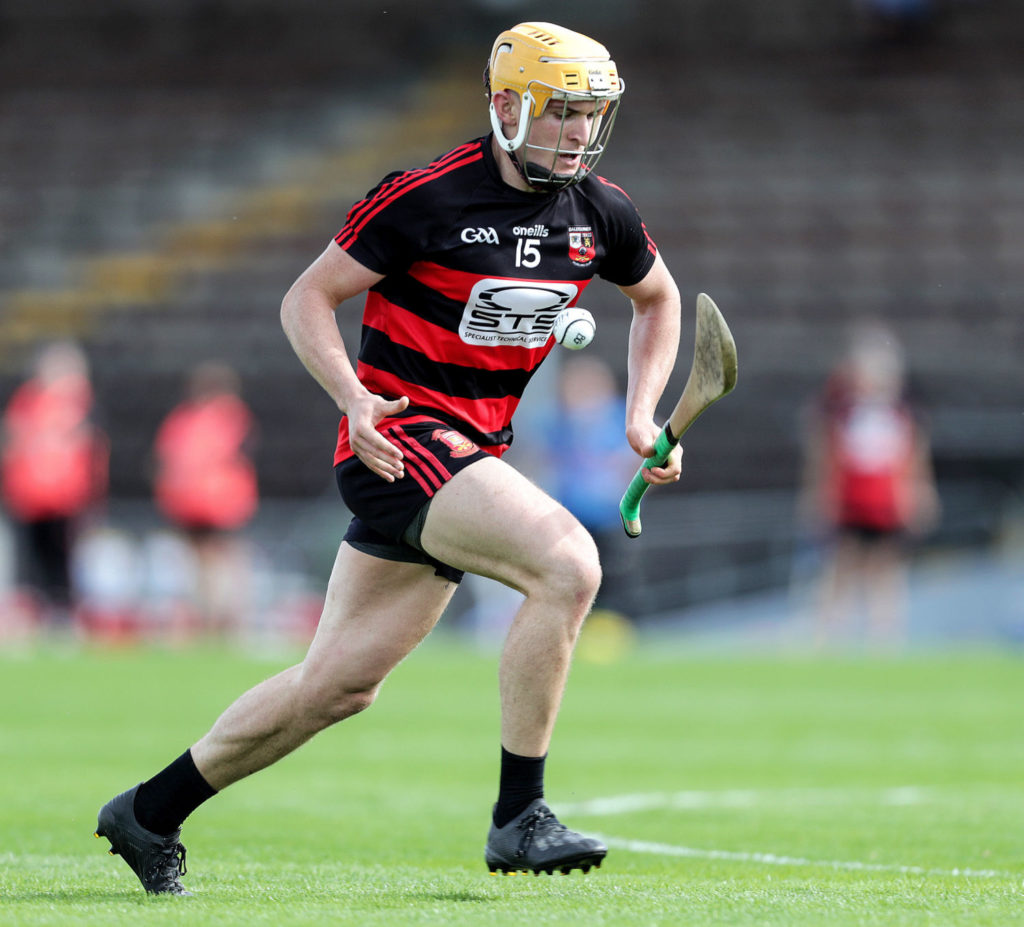 Fresh from last weekend’s win over Tallow, Fourmilewater may feel they have drawn the short straw in having to face the defending seven time champions here but I have no doubt but that Michael Ryan and his crew will relish the challenge and give everything as they seek to cause a huge upset. The present format that sees the hurling championship taking place ahead of the football championship will be seen as working in Fourmilewater’s favour as they have been able to devote all their attention to the small ball game.
Last Saturday, against Tallow, it was three time All Star Jamie Barron who stepped up to the plate to retrieve a sticky situation as he sent over four points in the closing stages to guide his side to a three point victory. It will take more of the same if Ballygunner are to be challenged on Saturday but unless the backup is there from the other big name players in the side the outcome will be predictable. Players like Conor Gleeson, Dermot Ryan, Shane Ryan and Tom Barron are up there with the best in the county on their day while youngsters such as Aaron Ryan, Sean Walsh, Tholm Guiry and Sean Boyce have all featured strongly in their three group games to date.
Fourmilewater can be heartened by Abbeyside’s performance in pushing Ballygunner all the way in their group clash that saw Conor Prunty deployed to contain Gunners’ danger man Dessie Hutchinson. Were Fourmilewater to follow that route Conor Gleeson would be seen as the man so delegated. On the other hand Fourmilewater may feel their best chance lies in playing to their own strengths and taking the game to the Gunners rather than adopting a cautious approach.
For their part Ballygunner, despite being put under pressure, always looked to have enough in hand against Abbeyside. Philip Mahony remains a doubt for this clash but there is a deep well of talent in the club that sees the younger crop in such as Tadhg Foley, Paddy Leavey, Mikey Mahony, Kevin Mahony easing comfortably into the side alongside multi title winners like Stephen O’Keeffe, Barry Coughlan, Shane O’Sullivan, Conor Sheahan and Pauric Mahony.
On form it is hard to see Fourmilewater upsetting the odds here but with Barron in form they can ask questions of the champions. It will be an interesting game. 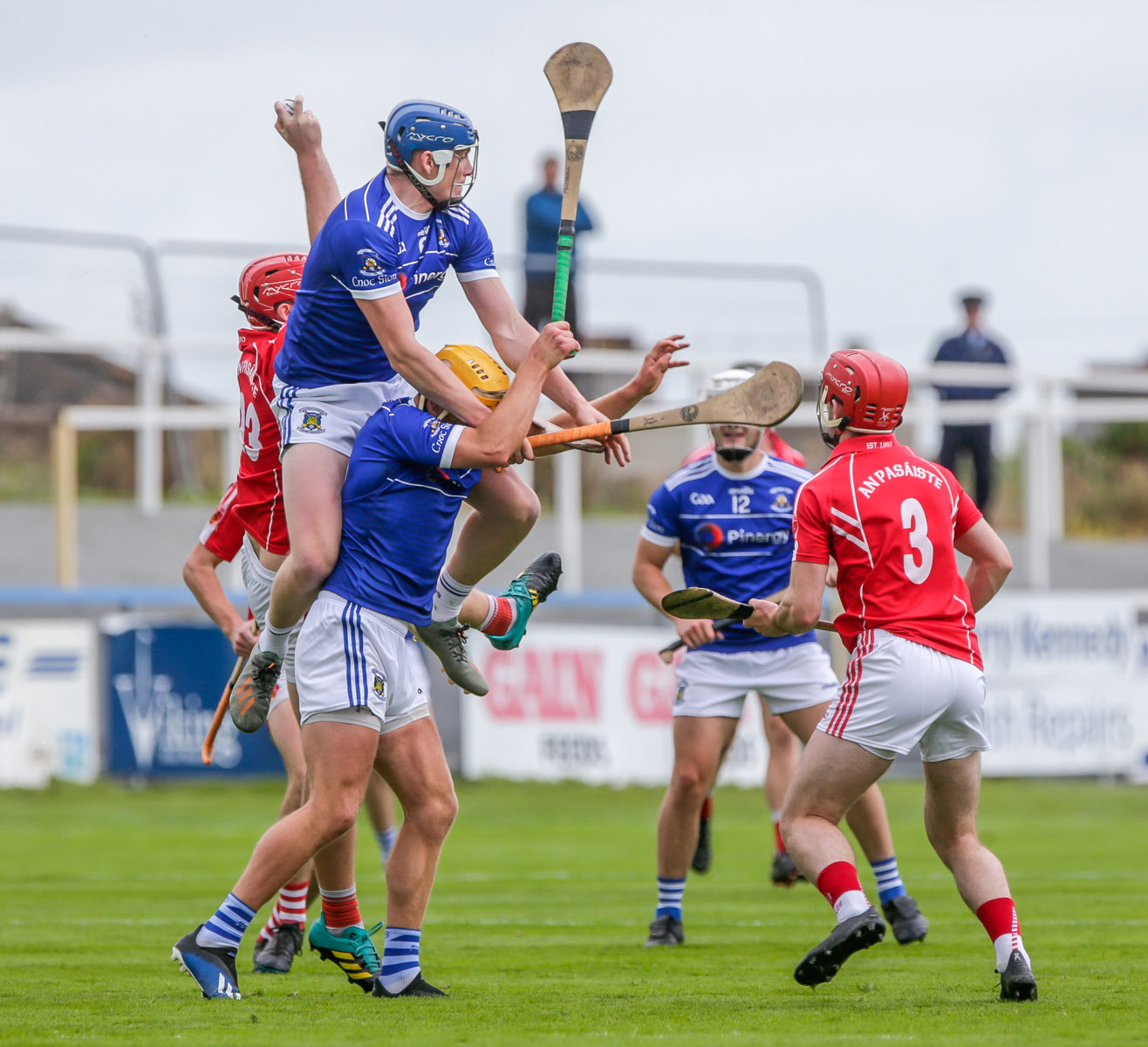 Action from last year’s Co. SHC semi-final meeting between Passage and Mount Sion. They go at it again on Saturday, this time in the quarter-finals. Will Passage do it again or wil Sion gain revenge Photos: Maurice Hennebry/Sean Byrne & Inpho.

Last year these two clubs met at the semi-final stage of the championship with Mount Sion, having beaten favourites De La Salle in the quarter final, the odds on favourites to progress to the final. A new look Passage side with youngster in their first year of senior hurling had come through against favourites Roanmore to reach the semi-final and on the day they upset the odds to send Mount Sion crashing out of the championship.
Now the sides meet again having followed almost the same path as last year with Mount Sion again having ended De La Salle’s championship hopes and Passage having again beaten Roanmore, albeit in the Group stage. On this occasion Passage will not be going in as rank outsiders. They showed in their win over Roanmore and when coming from behind against Clonea that they have matured as a team with young players such as Ciaran O’Neill, Eoghan Reilly, Mikey Cummins and Mark Fitzgerald making their mark with senior players Noel Connors, Owen Connors, Killian Fitzgerald and Thomas Connors continuing to lead by example.
Mount Sion looked like potential title challengers in beating De La Salle but the wheels seemed to come off against Dungarvan on Sunday last. They seem to have difficulty in stringing good back to back performances together and will be hoping that they can recover their earlier form on Saturday. They will need a big performance from Austin Gleeson and others such as Ian O’Regan in goal, Stephen Roche, Martin O’Neill, Alan Kirwan and Luke O’Brien if they are to come through here.
Passage are the form team and it could all depend on which Mount Sion team turns up on Saturday. 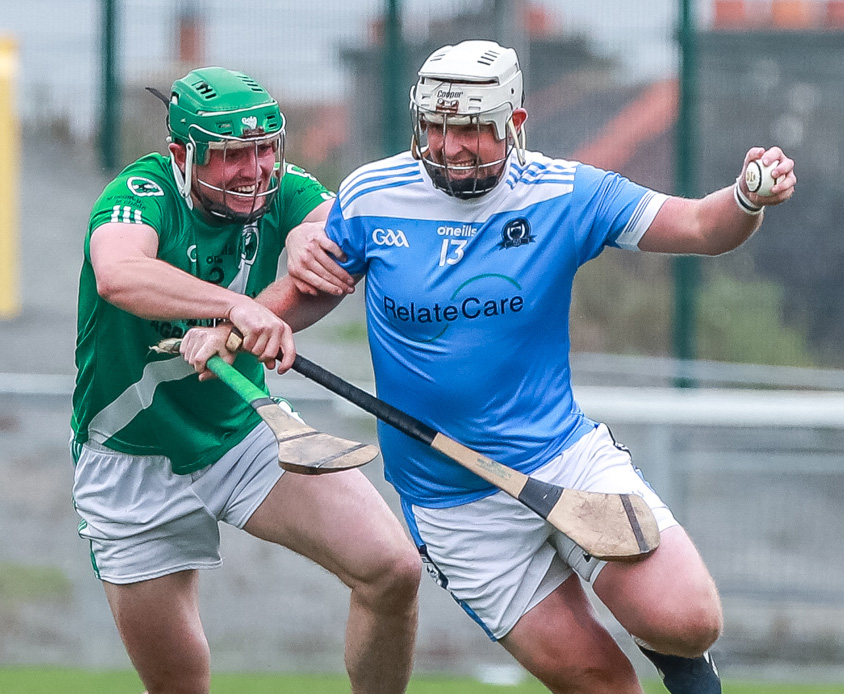 Roanmore’s Emmet O’Toole.
There have been some feisty encounters between these teams in recent years and this game promises to be yet another close, hard fought clash. Following their narrow wins over Tallow and Fourmilewater Lismore were brought down to earth last weekend when losing out to near neighbours Ballysaggart in a game that, despite there being nothing at stake but bragging rights, both sides wanted to win.
Lismore will be smarting from that defeat and will be determined to get their title challenge back on track with a victory here. Hit by the loss of Paudie Prendergast from the start of the championship Lismore have been led from the front by Maurice Shanahan whose scoring exploits have been the difference between victory and defeat. They will be looking for more of the same from Maurice here but they are not a one man team by any means. While they will be anxiously awaiting fitness reports on injured county star Iarlaith Daly they will be looking for big performances from the outstanding Seanie Barry in goal, Carthach Daly, David Prendergast, John Prendergast, Ray Barry, Jack Prendergast, Finbarr Reaney and Jordan Shanahan.
Roanmore recovered from their defeat by Passage to outclass Clonea and secure their quarter final passage. Their big players in that game were Billy Nolan, operating very effectively as an extra defender and Gavin O’Brien in attack. One could see Nolan being used here to cut off the supply to Maurice Shanahan. Peter Queally has brought a fierce work ethic to this Roanmore side in that they battle for every ball right up to the final whistle. In goalkeeper Jack Chester they have an outstanding deputy for Billy Nolan while youngster such as Conor Ryan, Rory Furlong, Cian Wadding, Ethan Flynn and Lee Hearne have really stepped up in this championship.
This is a very difficult game to call but Roanmore have the more balanced look about them while Lismore depend hugely on Maurice Shanahan to see them through difficult games. If the Shanahan threat can be contained or limited Roanmore could come through here. 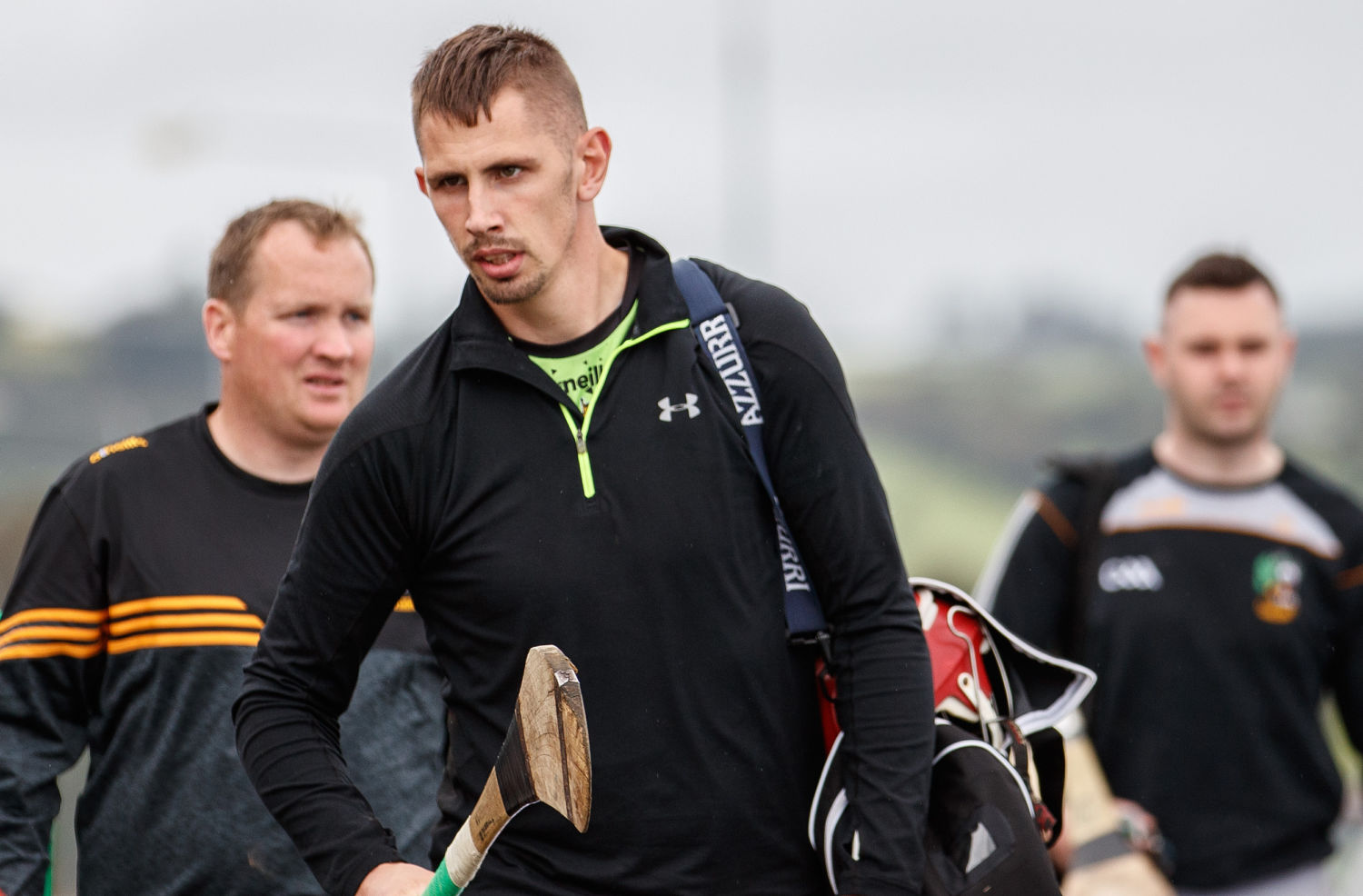 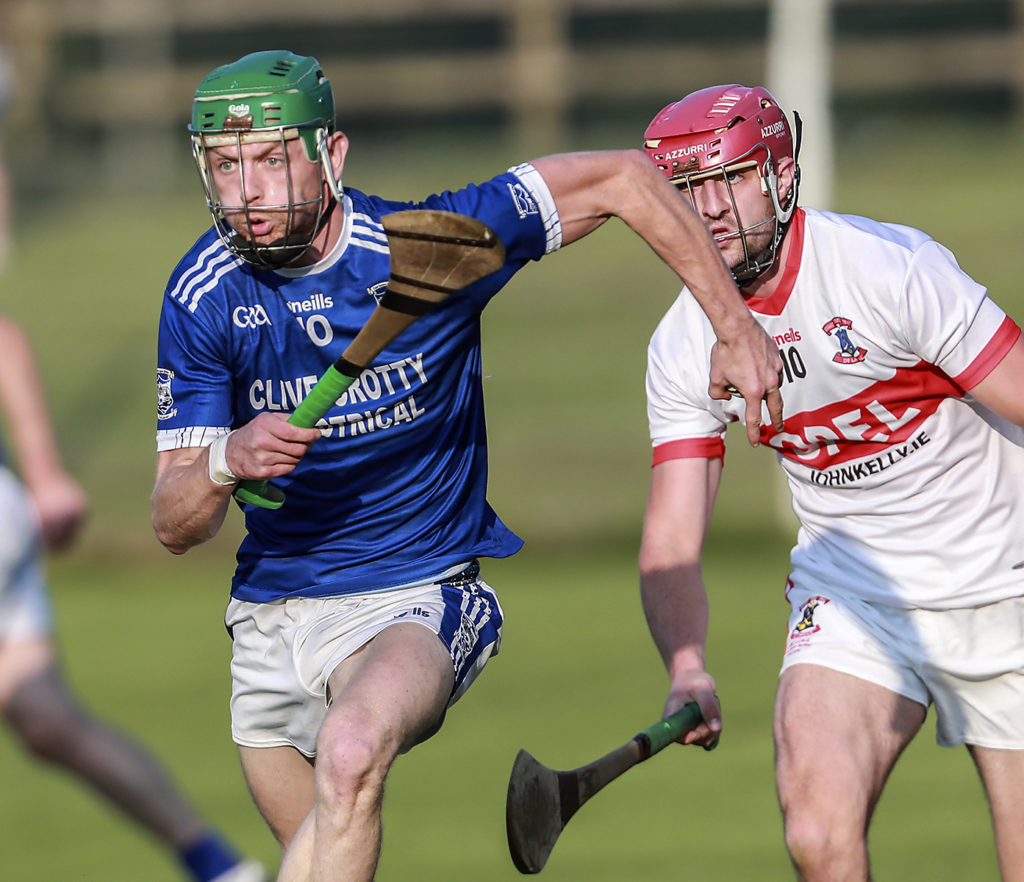 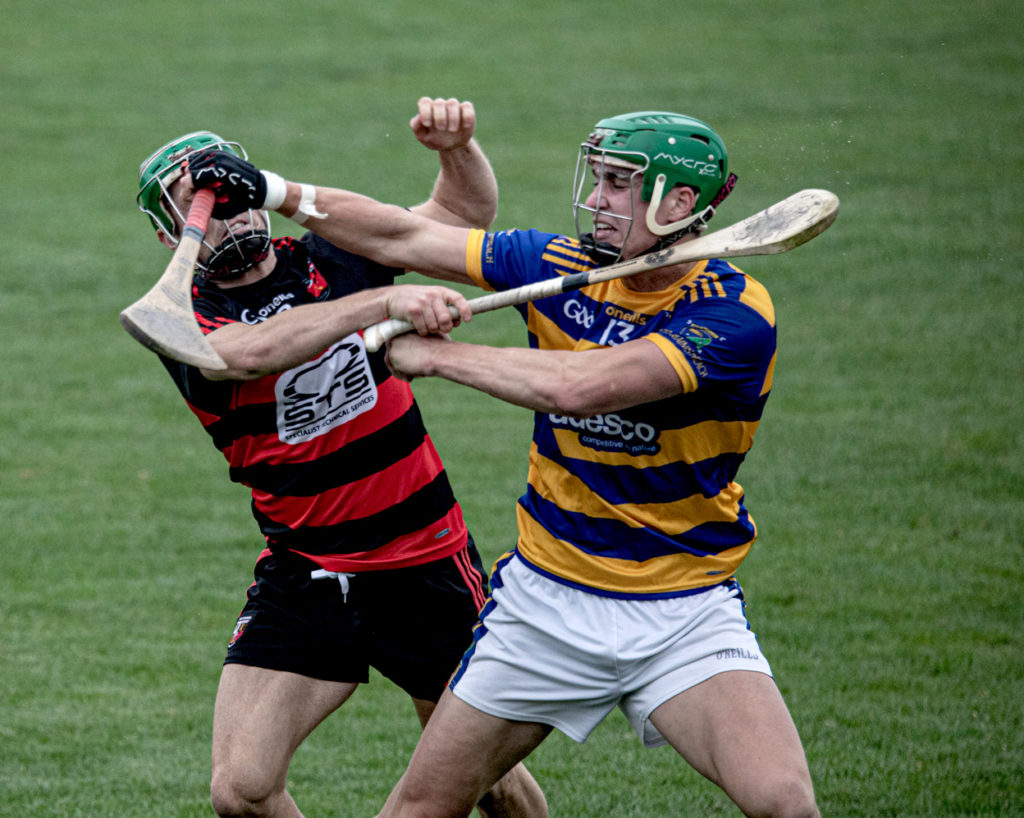 This is, without question, the big game of the weekend between two in form teams who happen to be bitter local rivals. The last meeting of the clubs in the Senior Hurling Championship was in the 2019 quarter final, a game that attracted a huge crowd to Fraher Field. On that occasion Dungarvan snatched victory from the jaws of defeat with a last second goal by Michael Kiely giving his side a 2-17 to 3-12 victory. That game proved to be Dungarvan’s county final that year as they were subsequently well beaten by Ballygunner in the semi-final.
This year, while both sides will want to secure bragging rights, they will have their eyes on the bigger prize. Both are form teams and, going on results to date, would appear to be best placed to mount a serious challenge to Ballygunner.
Abbeyside put in a serious challenge to Ballygunner in their group game showed no mercy in routing hapless Ballyduff Upper on Sunday last. They will dearly want to avenge that previous defeat by Dungarvan and they believe they can improve on their performance against Ballygunner if they can get over this hurdle. Conor Prunty, Neil Montgomery and Michael Kiely have proved themselves on the inter county scene and backed up by players of the calibre of Darragh McGrath, John Elsted, Michael O’Halloran, Richie Foley and Mark Ferncombe they can be difficult to beat.
Dungarvan put down an early marker with an impressive group win over De La Salle and underlined that display with a convincing win over Mount Sion last Sunday. While they will be waiting on the availability of Kieran Power for Saturday’s game they received a huge boost with the return to action of Gavin Crotty on Sunday last. Indeed, the Dungarvan attack looked lethal with Patrick Curran in top form and Michael Kiely and Colm Curran on top of their games while Darragh Lyons is the driving force in midfield.
Both sides will be approaching this game confidently and the result could hinge on whichever side blinks first. A draw would be no surprise here but as all games must finish on the day I give a hesitant vote to Dungarvan qualified with a health warning.