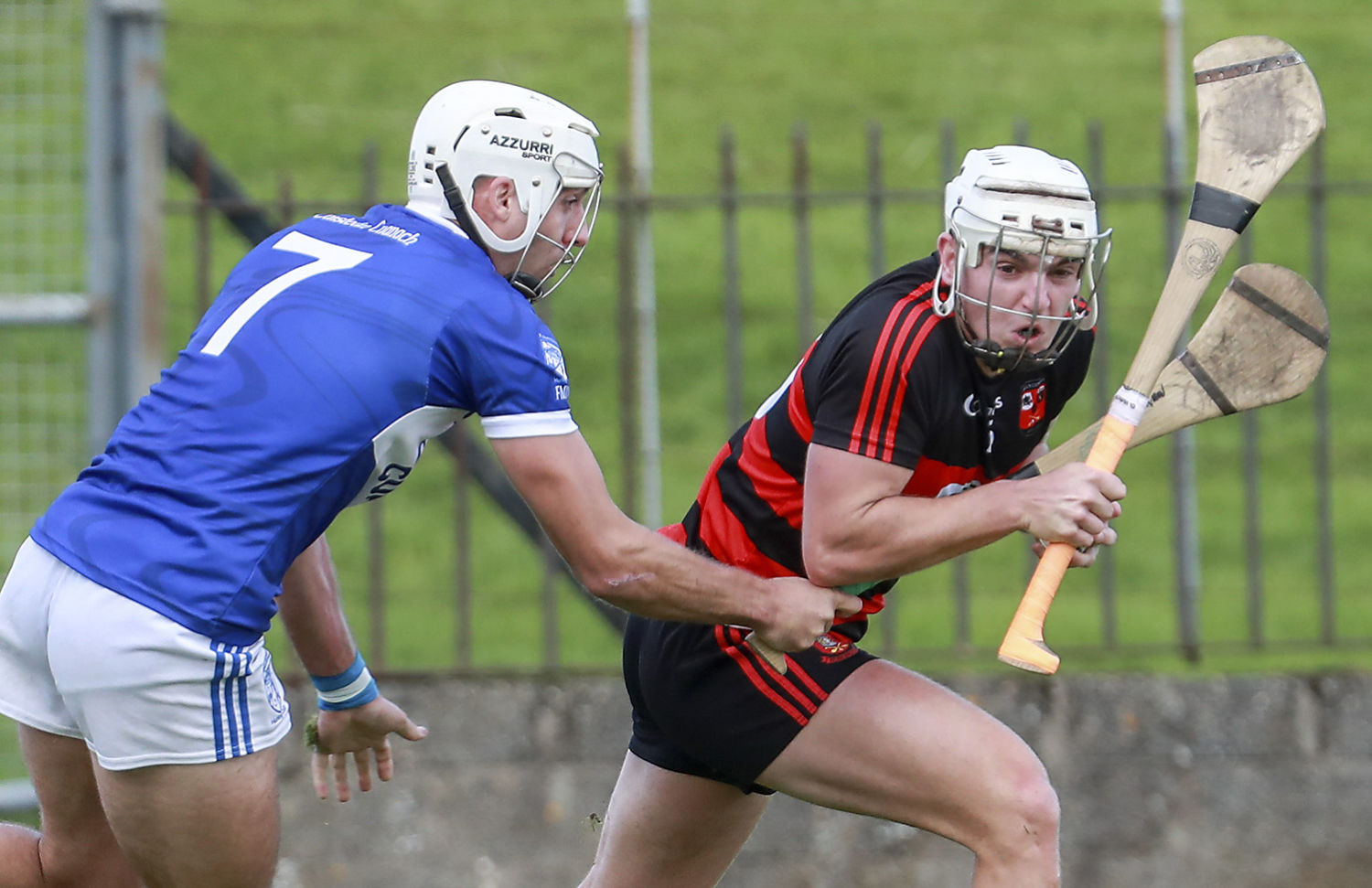 Today marked the day that Ballygunner made it 41 games in a row unbeaten in the Co. SHC.

Pauric Mahony marked his first championship start of 2021 with nine points as eight in a row chasing Ballygunner fought off the physical challenge of Fourmilewater on a sunny Saturday afternoon (1-23 to 1-15).

Darragh O’Sullivan’s side struck eight unanswered points either side of the second water break to pull clear. After the game, Fourmile boss Michael Ryan urged the Gunners players to go on and win a first All-Ireland club title for the county.

Kevin Mahony (1-3), Peter Hogan (0-3) and full back Barry Coughlan were their top performers. Dessie Hutchinson hit three second half efforts after a tough battle with Thomas O’Gorman. Pauric Mahony started but his brother Philip was on crutches and will miss the rest of the season with a broken leg.

Michael Ryan’s men went toe to toe with the champions in a rip roaring first half. The sides were level eight times. Fourmile led 4-2 after 11 minutes with Dylan Guiry, Sean Walsh, Jamie Barron and Aaron Ryan all on target. Just before the water break, Fourmile goalkeeper Stephen Ryan batted down Conor Sheahan’s point effort and Kevin Mahony whipped the rebound to the net (1-5 to 0-5).

On 19 minutes, Dylan Guiry found Sean Boyce and he sent a rocket to the top corner of the Ballygunner net. Stephen O’Keeffe didn’t move. Five Aaron Ryan frees and another Barron point from play left the underdogs 1-11 to 1-10 ahead at the break.

Barron levelled the match for the tenth time with his third point of the day. The Gunners had a scare when Shane O’Sullivan’s back pass nearly flew into his own net but they soon took charge with eight points in a row.

2016 Hurler of the Year Austin Gleeson shot 2-4 from full-forward as Mount Sion squeezed past Eastern rivals Passage at Walsh Park in this Waterford SHC quarter-final.

The Waterford star buried a second-half penalty to put his side five points up but a Killian Fitzgerald goal with six minutes remaining brought Passage level.

Injury time points from Martin O’Neill and Stephen Roche sealed the win for the Monastery men who had 19 wides over the hour. Former county panellists Roche (0-3) and Owen Whelan (0-2) were immense while Luke O’Brien was commanding at centre back.

Paul Carley’s side lost three-time All-Star Noel Connors to injury in the ninth minute after he made a goal-saving tackle to deny John Kennedy, while former Waterford goalkeeper Ian O’Regan was ruled out for Sion before throw in and his place was taken by Richie Roche. A terrific run from Thomas Connors set up Mikey Cummins for a Passage goal on 12 minutes. Two minutes later, Austin Gleeson won a ruck ball and burst through to fire past Eddy Lynch (1-3 each). The number 14 had 1-3 to his name by the interval. Liam Flynn forced home a second Passage goal three minutes into injury time to give them a 2-8 to 1-9 lead.

Entering the final quarter, Alan Kirwan was fouled for a Sion penalty and Gleeson sent Eddy Lynch the wrong way (2-15 to 2-10). A scrappy goal by Killian Fitzgerald and the accuracy of Cummins from frees levelled matters entering three minutes of injury time but Sion snuck ahead with those late, late points from O’Neill and Roche.

What a game to bring down the curtain on a brilliant day of action in the JJ Kavanagh & Sons Co. SHC quarter-finals, just the eight goals and 27 points.

With their last gasp win, Roanmore have reached their first Co. SHC semi-final for the first time since 2000.

A Ray Barry goal helped Lismore to a narrow 1-3 to 0-5 lead at the first water break.

But second quarter goals from Ethan Flynn and Shane Mackey helped the city side to a 2-6 to 1-7 half-time lead.

Goals from Ray Barry and Gavin O’Brien in the third quarter saw the scoreline at Roanmore 3-9 Lismore 2-10 at the second water break.

A Maurice Shanahan penalty, after a foul on his brother Dan had the score at Lismore 3-13 Roanmore 3-13 after 58 mins when Roanmore’s Paul O’Sullivan was sent off on a straight red card.

A minute into injury-time Gavin O’Brien goaled and it seemed as if Roanmore might have won it before Ray Barr grabbed his hat-trick to make it 4-13 apiece before Gavin O’Brien won a cracker for the Sky Blues with a late late white flag.

Full reports and pictures from all four quarter-finals in Tuesday’s Waterford News & Star.