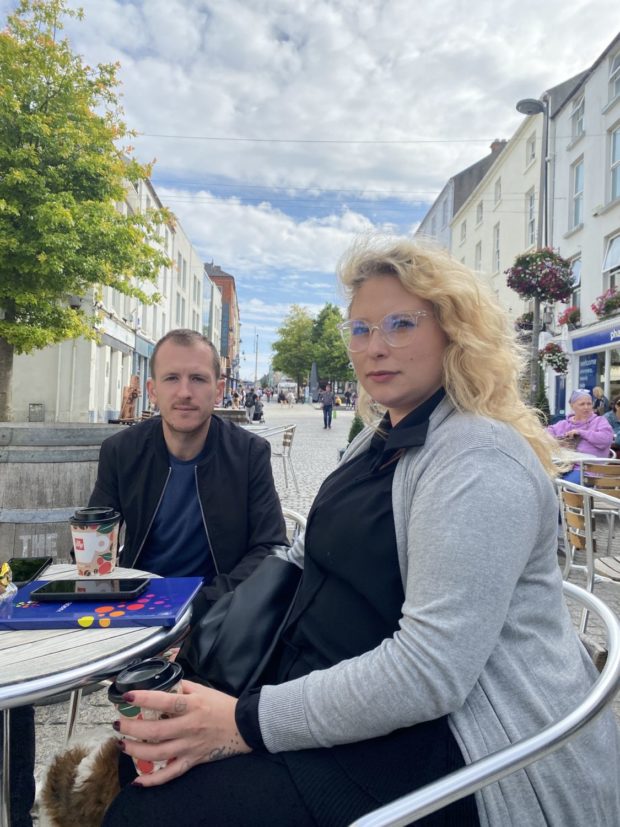 A STAFF member at Momentum Services, the company paid by University Hospital Waterford to keep the hospital clean and hygienic, has spoken to the Waterford News & Star about what she describes as “gross inefficiencies”.

Sophie Josephine Skinner, who is currently 23 weeks pregnant, says that she was “frightened every day” when she was made to work in “questionable conditions” without an up-to-date risk assessment.

“I was made to clean a ward with a patient who was regularly violent and extremely unpredictable,” Sophie said.

She told the News & Star that she made these and other concerns that she had known to Momentum, “both in person and through text and email, but nothing ever changed.”

When Sophie became aware that she was pregnant, she immediately requested a risk assessment from Momentum, to which she was told that “they’d get on to it”. However, she says they never did.

“Over the period of the recent heatwave, the ward I clean, which is one of the busiest in the hospital, reached temperatures of over 30°c,” Sophie claimed. “This caused me to suffer some complications that resulted in me nearly collapsing in work. I saw my doctor and ended up being signed off work for one week due to ‘complications with pregnancy’. When I returned a week later, I was placed immediately back onto the same ward to continue my usual tasks – no risk assessment done again even though it was promised to me.”

When Sophie returned home at the end of her working day she had severe pains in her stomach and her doctor told her to take another week off the job.

After complaining to Momentum, she said that she was “once again promised that a risk assessment would occur ‘when I returned’.”

Another issue that Sophie raised, which was also brought to this newspaper by other members of Momentum staff, was the staff uniform.

“During the height of the covid pandemic female staff were given Momentum t-shirts to wear on the wards because we were having to wear isolation gowns,” Sophie said.

She said that at the end of June, women wearing t-shirts were informed that they had to switch back to their tunics.

The female staff asked Momentum management why male cleaners working on the wards could wear t-shirts but they couldn’t, and they were told that it was Momentum policy for males to wear t-shirts and females to wear tunics. The Waterford News & Star understands that on July 16, three female staff members were handed disciplinary letters for wearing t-shirts instead of the tunics, which the women argue are heavier and uncomfortable.

Sophie also alleged that there are “never enough staff on duty”, particularly as a result of holidays and sickness, with up to 25 staff out of work on one particular day in August. “Momentum are being paid to clean University Hospital Waterford to a level expected by patients and when the full complement of staff are not working, this can’t be achieved,” she claimed.

Sophie said she has since received an apology from Momentum Services for not carrying out the risk assessments she requested. While she is still absent from work the company stated that they were now looking for ways at addressing her concerns so she could return to work in the future. “Corrective measures will be put in place on site so these issues do not arise again,” Momentum told her in an email.

The Waterford News & Star put all of the issues raised in this article to Momentum and received the following reply:
“It is not appropriate to comment on HR matters relating to individual employees. The company has a formalised grievance procedure, should that necessity arise. The company is in full compliance with its statutory and contractual obligations and addresses any relevant matters directly with the contracting entity. It does not comment publicly on internal HR, operational or customer contractual matters.”

The Waterford News & Star also asked University Hospital Waterford if there was an expectation of a number of cleaners that should be working in the hospital on a daily basis.

Sinn Fein TD David Cullinane told the Waterford News & Star that he was aware of the issues with Momentum and has requested an urgent meeting with management of both Momentum and UHW.

“A number of Momentum staff have contacted me recently with worrying stories,” Deputy Cullinane said. “All staff are entitled to be treated fairly, in safe and secure conditions and it is clear from Sophie’s story that she did not receive the care that she expected and was entitled to.”