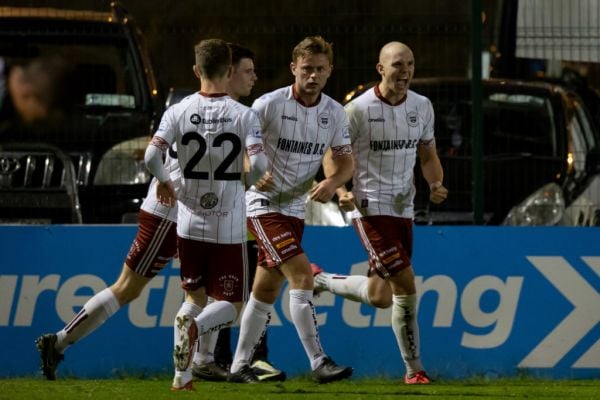 Bohemians remain a point outside the top-four in the SSE Airtricity Premier Division, after an incredible game at Dalymount this evening.

It finished 3-3 against Derry City, with both sides scoring in injury time.

Bohs stay fifth, but still have two games in hand over the Candystripes.

Derry thought they had grabbed all three points late on after James Akintunde scored in the 91st minute.

However, Georgie Kelly completed his brace with a 96th minute equaliser.