EDITORIAL: Next chapter for City Square and Waterford retail 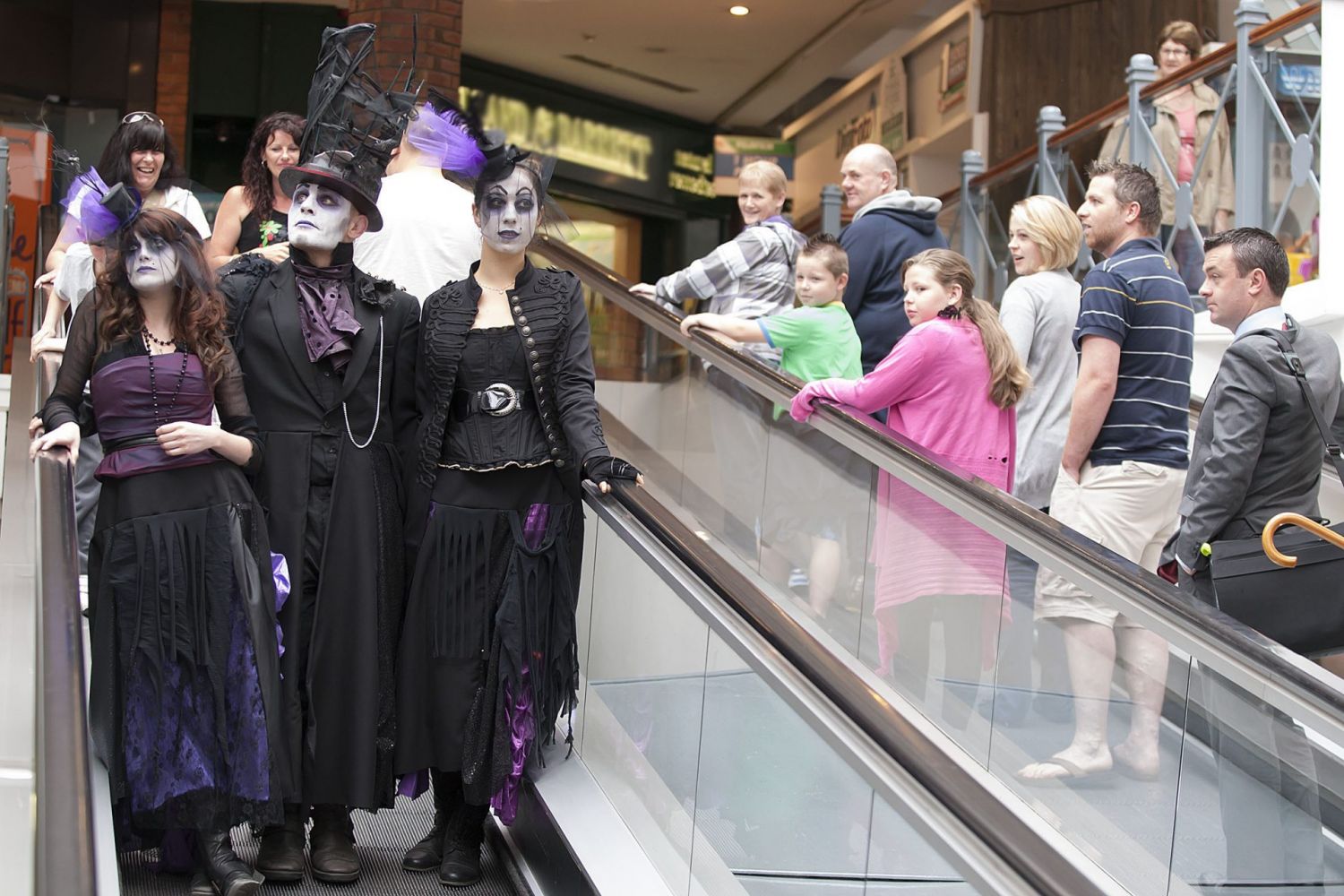 A photo shoot for Spraoi at City Square. The shopping centre is currently on the market for €24.5 million. Photo: Patrick Browne

WATERFORD City Centre’s retail offering has been in flux for some time now, with confidence at a low ebb, boosted only by minor additions every now and again but not the type of heavy hitter announcements required of the region’s gateway city. It is not a problem unique to Waterford, and is a challenge being faced by urban centres both nationwide and abroad, contending with changing retail habits accelerated by the pandemic.

But it’s not all bad news. In August, the addition of popular high street brands Monsoon and Mango to Shaws Department Store was a welcome and positive injection, sending ripples of a hoped for improvement to shopping choice in the city centre, and reflecting a level of confidence among those in the industry itself.

‘Ultimately, what is important now is not whether City Square will be sold – it has been carefully managed and is still a very attractive proposition. Rather, it is who buys it, and how they steer its next chapter’

The announcement, then, that US investment fund, Marathon Asset Management, was to offload its City Square portfolio, will have been met with a certain amount of unease. Despite significant investment, including the addition of a substantial, new retail space at the entrance, the centre has been met with considerable challenges. Talk of a large retailer, such as Zara, taking up the opportunity to have a significant presence in Waterford never materialized, and, with pandemic pressures mounting, Debenhams pulling down the shutters left a gaping hole in the traditional department store retail offering – Dunnes Stores notwithstanding – that City Square was always anchored on.

The novel North Quays development, which remained on the horizon until relatively recently with promises of a mass retail offering, probably didn’t help matters for City Square. Waterford currently occupies a limbo-like state among the country’s five main cities when it comes to the future direction of its retail industry.

However, the move to sell the 137,000sqft space that is City Square must be viewed in a wider context. Marathon Asset Management were not going to hang around forever. As outlined in this week’s Phoenix column, they have been good owners, investing in their acquisition, and what has now gone on the market will be appealing for another company or person with deep pockets (Colliers, the sole handler for the sale, have said they hope it will make a nice tidy sum of €24.5 million for their clients. It was originally bought for €21 million).

Marathon are also selling up in Tallaght – the Belgard Retail Park, in Tralee – the Manor West Shopping Park, as well as the M1 Retail Park near Drogheda and Poppyfield Retail Park in Clonmel, so Waterford can reassure itself that this really is simply business.

As an aside, Waterford’s placing in the top five in the Irish Times ‘Best Place to Live in Ireland’ contest reflects well on our city, and such positive publicity won’t go unnoticed.

Ultimately, what is important now is not whether City Square will be sold – it has been carefully managed and is still a very attractive proposition. Rather, it is who buys it, and how they steer its next chapter.