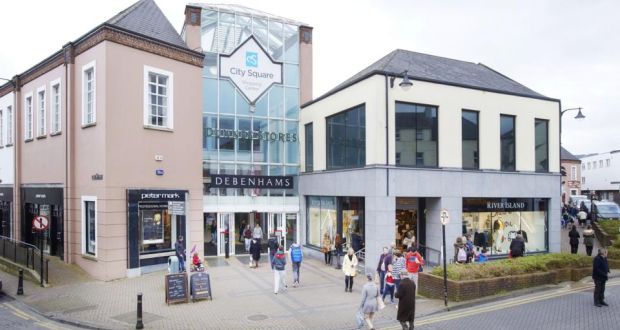 RORY Hearne, the Tramore man and Maynooth lecturer who lambasts the Government over housing, will not be happy with this week’s column. He is no fan of U.S. investment funds splashing out on Irish property. Nevertheless, today I shed a tear for US Marathon Asset Management fund, who are selling City Square Shopping Centre, right in the heart of Waterford City.

They arrived here in 2015, buying the centre for €21 million. Now, having owned it for six years they are seeking €24.5 million for it. Over those years they have hauled in rental income of around €1.6 – €2 million a year, so around a 7-10% yield, which is a very healthy return. In fairness to them, they have kept the centre well and have also invested to make sure the centre is still modern. They put in a new food court, which tried to sort out the messy second floor. In particular, they invested in new units fronting onto Arundel Square, units designed for a major fashion retailer looking for the right property in the capital of the South East. Patiently they have waited for those anchor retailers to come along while having the discipline to wait for the right tenants. They have been model investors in our city.

The council also rolled in with significant investment. At the rear of the centre, the Viking Triangle and multiple museums have brought a vibrancy to the old town. In front of the centre new paving and traffic measures have compounded the investment by the Americans. Indeed Waterford Council have done everything they can to animate the city, from the big googly eyes in trees, Winterval to Waterford Walls.

‘A quick sale, at frothy money, is a vote of confidence in the city, particularly if a new owner can lure in some retail drama’

If the Americans had invested their €21 million in bitcoin in 2015, they would now have €4.2 billion, similarly they could have gone to the Tramore Races and lost their shirt. Marathon Asset Management are not gamblers, so bitcoin and Tramore Races were not on their cards. More realistically, if they had taken a punt on Irish residential housing the investment would likely to be now worth €35m, if they had gone for some Dublin commercial property their €21m should be closer to €37m. It would be hard to lose money on Irish property bought in 2015.

Clearly, the inability to land a big name retailer has hit the value of the centre. There is no H&M or Zara, despite the Council doing a retail roadshow to lure in some retail heat to the city. The uncertainty caused by the council’s (retrospectively) disastrous insistence on a massive retail development on the North Quays and in Michael Street, where it should have happened, even while the traditional centre was obviously suffering, caused presumptive retailers to adopt a wait and see attitude. Where was the centre of the city actually going to be? What new retailers would arrive?

Debenhams going is a massive blow, losing the large rent roll there is important, but in other circumstances, it would be an opportunity to get in a better, more vibrant, hotter retailer. Brexit has walloped UK retailers’ confidence in expanding into Ireland, but Covid anxieties about shopping moving online have proved ill-conceived. International retailers shocked everyone with great bricks and mortar performances over the summer. Retail is back, savings are high and people are feeling hedonistic.

I wonder does having City Square up for sale divert from the investment roadshow needed to get Michael Street and the North Quays back on track? As goes City Square, so goes Waterford. A quick sale, at frothy money, is a vote of confidence in the city, particularly if a new owner can lure in some retail drama. Equally, a poor quality owner might fill the place with pound shops, and weaken the whole city core further. Hopefully, the massive queues outside Penney’s Waterford store, and rumours of its stellar performance within its international chain, should encourage the right investor.

Also in Rory Hearne territory, student housing hit the headlines as WIT sprang back to life with in-person teaching. Many of the landlords who were letting family homes in Lismore Park and Templar’s Hall to groups of students before the pandemic found new tenants, often low drama HAP occupants. This has been a godsend to those neighbourhoods, returning the stock of houses to the families they were intended for has reduced the problem of anti-social behaviour that comes from mixing families and students.

Indeed, the Government’s plan in the 2017 National Student Accommodation Strategy, and all the subsequent Rebuilding Ireland launches, focused on getting students out of family housing into purpose-built student accommodation. Sadly, the 2017 plan launched by Fine Gael Minister for Education Richard Bruton and Minister for Housing Damien English envisaged no new purpose-built student accommodation in Waterford. All other cities were designated, and have massive new student housing developments.

Now that the Government’s plan has kicked in, Waterford students are at the blunt end of Government’s unwillingness to invest in the South East’s higher education platform.