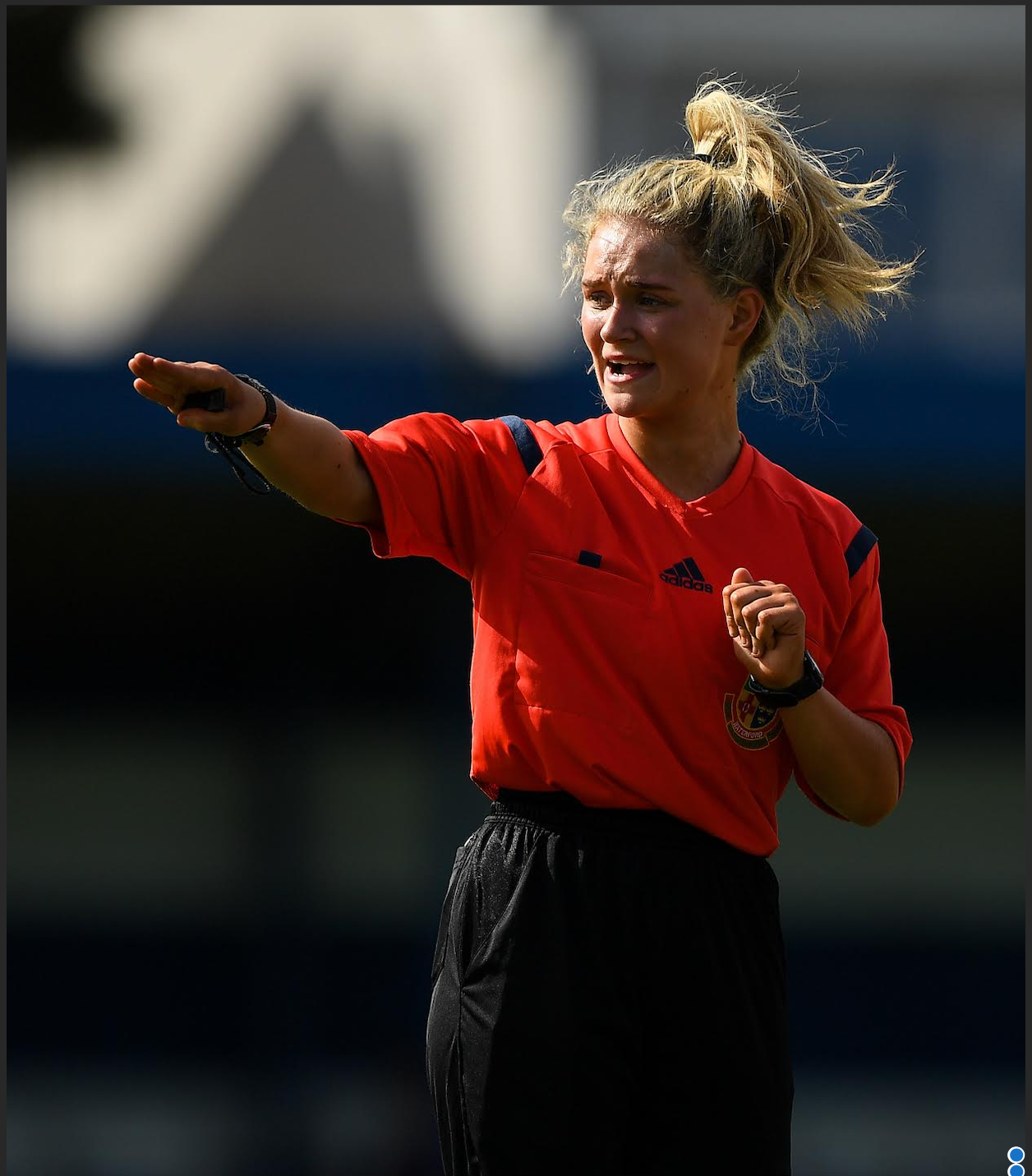 Claire Purcell represented Waterford and Ireland on the international stage this week.

There was great excitement for Waterford referee Claire Purcell in the past week as the match official was appointed to an International match in the 2023 Women’s World Cup qualifier game between the Faroe Islands and Spain.
Purcell, who has certainly made a name for herself as a top female official, was named as the fourth official for a game played in the Faroes, with the Spanish running out easy 10-0 victors, but there’s no doubting that it was a proud moment for herself and her family.
After taking charge of her first game on the Waterford Junior League scene back in 2016 when she refereed the Youth B game between Villa and Tramore Rangers, it has been a rise up the ladder for the Elvery’s employee as she has gone onto referee top matches in the Women’s league.
Appointed to a number of International friendly fixtures involving the Republic of Ireland played in Waterford, she was appointed referee for the Women’s Intermediate Cup Final a couple of seasons ago, before she acted as assistant referee for the Women’s Senior Final in 2018 between Wexford FC and Peamount United.
Her dream became a reality when she was appointed as the referee for the Women’s Senior decider in 2020 when she oversaw the meeting of Cork City and Peamount United at Tallaght Stadium, and she has been eyed up as a possible contender for the International stage.
Claire was part of the team that travelled to the Faroes where she joined match referee Paula Brady, assistant referees Michelle O’Neill and Olivia Sneyd, as the fourth official.
Michelle O’Neill would be one of the most experienced assistant referees on the International stage where she was assistant for the Super Cup between Liverpool and Chelsea Men’s a couple of years ago as well as assistant on the final of the 2019 Women’s World Cup Final.
Purcell is hoping that progression onto the International stage will give her the platform to build her refereeing career, and she will be also fourth official for this evening’s Women’s Senior friendly between Ireland and Australia at Tallaght Stadium. Her dad Noel is also a well-respected referee on the local scene, and there’s no doubting it won’t be long before she is refereeing in the local Premier League. Well done Claire on this achievement.