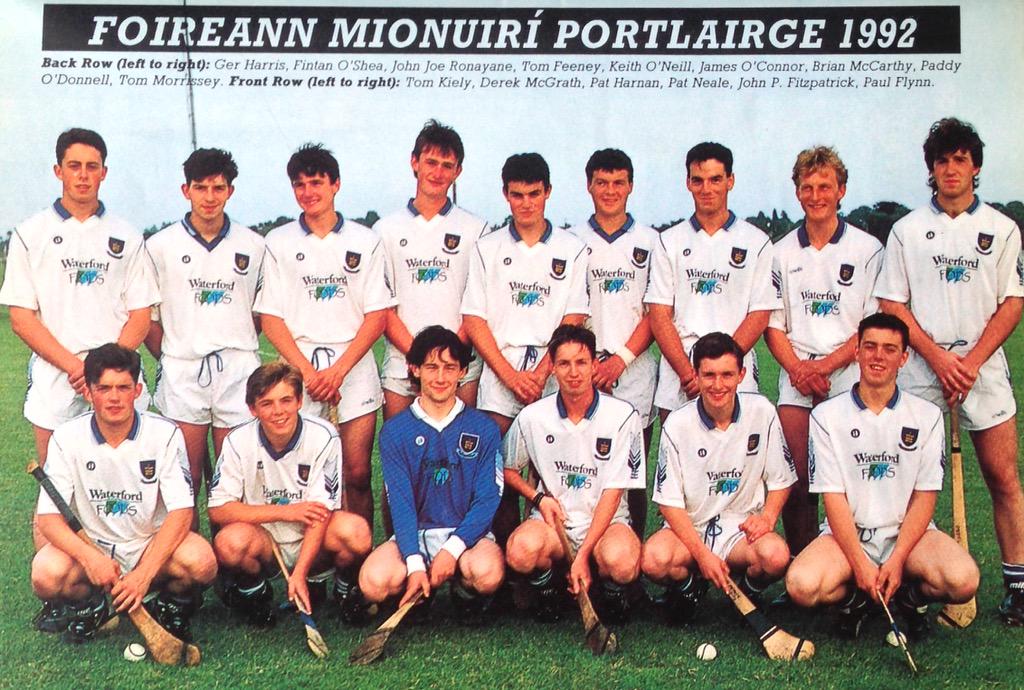 Former Waterford and Colligan hurler Tom Kiely (pictured above  first on the left in the front row) has died.

He lined out at midfield in the 1992 All Ireland minor final against Galway at Croke Park.

Colligan GAA paid tribute to their clubman on Facebook.

“We are saddened and indeed devastated to learn of the tragic passing of Tom Kiely, a friend, former player and loyal supporter of Colligan GAA club.

Our club and indeed the entire community, including St. Pats Juvenile GAA Club are in shock at the loss of a true gentleman who had an immense passion for GAA, but first and foremost he was a family man and Tom loved his wife and his two beautiful boys.”