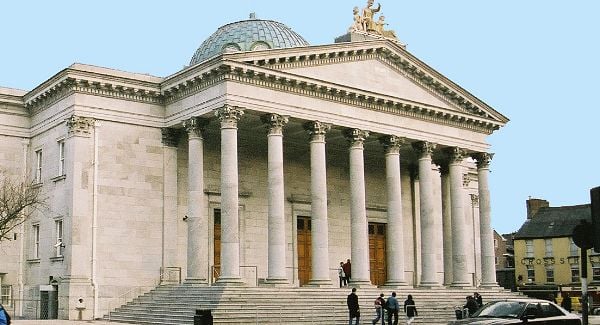 A 76-year-old man whose bank accounts were used for money laundering after he was “sucked in to a Facebook friendship” with an American woman has received a six-month suspended sentence. (

The charges arose following a garda probe which occurred last year when O’Rourke allowed his bank accounts to be used for money laundering. Over €120,000 was sent through fraudulent means from Sweden and France.

The court heard that O’Rourke, who gathered €1,500 in compensation, was at a financial loss from his activities. His defence barrister Brian Leahy said that he inadvertently got involved in criminality because of a lack of knowledge of internet scams.

Det Garda O’Reilly said the sums of money lodged in the accounts of the pensioner consisted of €52,000 sent from Sweden to the defendant’s Bank of Ireland account in April 2020. Around this time two further sums were transferred from France to his Allied Irish Bank account. These amounts were just over €29,000 and €40,000.

The alarm was flagged by both banks and Mr O’Rourke was detained for questioning by gardaí. He acknowledged that he was the person in full control of both bank accounts.

Further investigations by gardai led to the confirmation that the €52,000 originated from a company in Sweden and the other sums came from a firm in France.

Det Garda O’Reilly said both companies had fallen victim to “email re-direct fraud.” The companies in Sweden and France had made complaints to police in their respective jurisdictions about the matter.

Sweden to Ireland to Lithuania

The €52,000 from Sweden was transferred to a bank account in Lithuania not long after it appeared in the Irish bank account of Mr O’Rourke.

Judge Seán Ó Donnabháin heard that O’Rourke had withdrawn just €1,570 from the monies sent from France. He had already been duped in to investing €2,000 in to a programme to feed homeless people in Nigeria.

Defence barrister Brian Leahy said that his client fully co-operated with the garda investigation having never been in trouble with the law in his life.

“He got involved in this scam via Facebook. He invested €2,000 in a programme to feed homeless people in Nigeria having been told he would treble his investment and get €6,000 back. He did this to supplement a meagre pension.

“He would not be hugely savvy with the internet and he was sucked into a Facebook friendship and believed there was easy money to be made.”

Judge Ó Donnabháin said it “would be alright for a 15-year-old to say something like that, but your lad is 76 years old.”

Mr Leahy stressed that individuals get caught up in such activities for a variety of reasons with the Judge interjecting that “greed” was normally one of the main factors.

Mr Leahy stressed that his client had been “duped” in to investing in a scheme and promised that an investment would come to fruition.

Prosecuting barrister Imelda Kelly said that the entire offence occurred because O’Rourke had “sparked up a Facebook friendship with a third party.”

She said O’Rourke had got involved in such activities in an effort to supplement his pension.

Judge Ó Donnabháin said the decision by the pensioner to participate in such a scheme was “unwise.”

Judge Ó Donnabháin added that it was hard by “anyone’s standard” to understand how “bells, whistle and flags” didn’t go off for O’Rourke that something was amiss when his bank accounts were being used to transfer money.

“He ignored all this and unwisely allowed his account to be used. He had no benefit from it, but he facilitated the laundering. This is a salutary lesson for a man of this age who has no previous convictions.”

Judge Ó Donnabháin jailed O’Rourke for six months suspending the entirety of the sentence. O’Rourke made an undertaking to keep the peace and be of good behaviour.

When asked outside the court what he would say to people thinking of getting involved in such activities O’Rourke stressed “don’t.” He added that there was a “fine line” between helping someone and a crime.