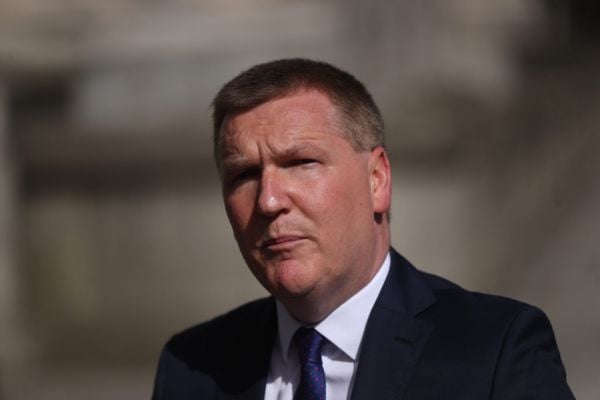 The Government said it will consider a request from the Slaintecare Implementation Advisory Council (SIAC) to extend its term of office to the end of the year.

After a meeting on Tuesday night, SIAC said it had sought an urgent meeting with Robert Watt, secretary general of the Department of Health and the HSE, about the future of its programme.

The representatives said its term is to end next week.

Minister for Public Expenditure Michael McGrath said the Government will consider extending its term and will address any concerns about the future of the Slaintecare programme.

He also denied there is political resistance within Government to Slaintecare.

The blueprint to reforming Ireland’s health service – Slaintecare – was agreed on a cross-party basis in 2017.

The project was hit by two high-profile resignations that sparked concern about the drive to introduce universal healthcare.

Members of the council held a meeting on Tuesday following the recent resignation of chairman Professor Tom Keane and executive director Laura Magahy.

A statement on behalf of Members of the Slaintecare Implementation Advisory Council as discussed on #rtept pic.twitter.com/8PqSFmsyMI

Mr McGrath said the Government is putting the “money in place” to implement the changes.

“There’s absolutely no resistance within government at a political level to delivering on these reforms,” he told the Dail.

“This is what the people want. On an all-party basis, we have agreed to implement this and the government is committed to doing it.

“If there is a requirement to strengthen the governance structures and the arrangements that we have in place for the delivery of Slaintecare, then of course we will do that.”